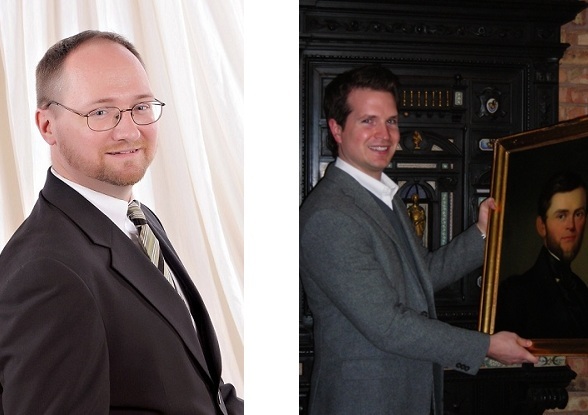 The Citizens Coinage Advisory Committee was joined by its newest members Tuesday as the panel met to vote on designs for 2017’s Effigy Mounds and Ellis Island ATB quarters. Dennis Tucker and Steve Roach were officially welcomed by their CCAC colleagues at the start of the meeting, which served to launch their respective four-year terms.

Dennis Tucker takes over for outgoing member Dr. Michael Bugeja to fill a position created for individuals “specially qualified in numismatics.” Steve Roach will occupy a seat designated for a “representative of the general public,” formerly held by Gary Marks.

After submitting their applications last October, Tucker and Roach were nominated to serve on the committee by U.S. Mint Principal Deputy Director Rhett Jeppson. On February 3, they were officially appointed to the two positions by Deputy Treasury Secretary Sarah Bloom Raskin.

The CCAC advises the U.S. Treasury Secretary on themes, designs, mintages, and proposals regarding our nation’s coins, medals, and commemorative issues. Dennis Tucker and Steve Roach were highly qualified applicants whose appointments come as no surprise, evidenced by the brief biographies provided below.

Dennis Tucker is an award-winning numismatic researcher who has written and lectured nationwide on coins, medals, and other antiques and collectibles. A collector since the age of seven, he is a Life Member of the American Numismatic Association and a past governor of the Token and Medal Society. He is the author of American Gold and Silver: U.S. Mint Collector and Investor Coins and Medals, Bicentennial to Date. His writing has appeared in national publications such as The Numismatist, Coin World, Numismatic News, COINage, and Coins Magazine, and in the journals of such groups as the Token and Medal Society, the Civil War Token Society, the Barber Coin Collectors Society, and the Numismatic Bibliomania Society. He has earned the Extraordinary Merit Award from the Numismatic Literary Guild; the Forrest Daniel Award for Literary Excellence from the Society of Paper Money Collectors; the silver medal of the Original Hobo Nickel Society; and the Gloria Peters Literary Award from Women in Numismatics.

As publisher at Whitman Publishing he specializes in books on numismatics (the study of money), banking and financial history, the American presidency, U.S. political and military history, and other nonfiction topics.

Tucker grew up in Phoenix, New York, earned a degree in political science from the University of Rochester (New York), and started his career in corporate and nonprofit communications and publishing in that city. He moved south in 2002 and now lives with his family in Atlanta. In 2015 he was honored by the governor of Georgia for his career in book publishing and his promotion of the state’s numismatic history.

Steve Roach is an expert in rare coins and medals with a secondary expertise in European and American paintings, sculpture and works on paper. He currently sits on the Board of Directors of the International Society of Appraisers and helps clients in the midwest region and nationally.

He has published more than 600 articles and newspaper stories on rare coins and his opinions on the rare coin market have been sought by numerous publications and media outlets including the Wall Street Journal, The New York Times, Business Week and others. He has experience in a variety of challenging appraisal projects, from valuing individual collections, institutional holdings for public museums and private foundations, and entire coin shops.

Steve joined Coin World in 2006 as a columnist, and has served as associate editor, editor-in-chief, and editor-at-large. He actively volunteers at coin shows across the country as an exhibit judge and frequent speaker. He teaches courses for the American Numismatic Association Summer Seminar and helps new people discover what’s often called, “The king of hobbies and the hobby of kings.”