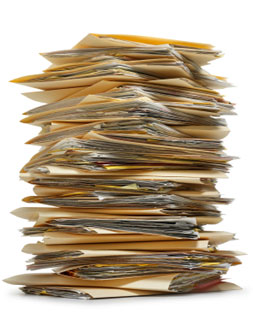 Announced in 2009, Form 1099-K will be used for reporting Payment Card and Third-Party Payment Transactions to the IRS. Basically, banks that issue credit cards and other vendors that handle third party payments, with Paypal perhaps being the best known, will have to track the quantity and dollar amount of payments made to each recipient. For any recipient that receives payments from a particular bank or third-party vendor that surpass two specific thresholds, that bank or third-party will be required to report total payments for the calendar year on Form 1099-K.

The two calendar-year thresholds that must both be met are a total of at least 200 transactions and at least $20,000 in total payments. The basis for these high thresholds is that any recipient that meets both of them is almost certainly engaged in a business rather than being a casual seller. The IRS suspects that some sellers, particularly those that sell exclusively online, are not reporting all of their sales and paying taxes on the income. By requiring Form 1099-K, which is submitted by the bank or third-party payment vendor, the IRS hopes to impose reporting burdens on only a relatively few companies, yet glean information on a large number of businesses that may previously have maintained a profile low enough to escape IRS attention. 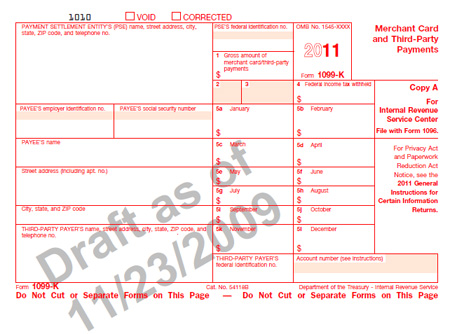 Form 1099-K, in theory, seeks to increase compliance with previously existing tax law. It does not in any way increase taxes for honest taxpayers.

My suspicion is that some businesses will be identified that have not paid income taxes on their online activity. However, it would not surprise me if the extra tax collections are less than the costs of the extra paperwork to the banks and third-party payment vendors. Also, with several months advance notice before these regulations go into effect, don’t be surprised if a handful of active online auction sellers discontinue operations. These businesses will come from a broad range of industries and will not be focused on the rare coins and precious metals markets.

The effect on most coin dealers with established shops will be negligible. First, most dealers do not collect $20,000 or more in payments from credit cards or Paypal during a calendar year. Any brick-and-mortar coin shop that has an online sales volume sufficient to generate the filing of Form 1099-K is bound to have high enough sales that any Form 1099-K amounts would not exceed total revenues reported on the business’s tax returns.

Still, despite the fact that this will be a non-event for most coin businesses, I would not be surprised to see some commentators scream that Form 1099-K represents a new tax on gold or rare coins. It isn’t. It does not involve purchases or sales by retail customers. Anyone who engages in enough transactions and receives sufficient payments to trigger Form 1099-K is clearly a dealer who should already be filing the appropriate business tax forms.

Yes, this new government report is one more intrusion on financial privacy. Prepare yourself and don’t be surprised when Form 1099-Ks are sent to businesses in January 2012 for the 2011 calendar year. And don’t believe all the venomous hype that may claim this is another attack against people who might be interested in owning gold.