The Ministry of Finance of the Republic of the Congo have launched a new numismatic project which is aimed at the investor as well as coin collector.

The gold and silver coins, produced on behalf of the Finance Ministry of the Republic of the Congo by the Kremnica Mint in Bratislava, are also offered as part of an investment scheme – that is especially without additional Value added tax or VAT. The coins have nominal values of 20 (silver) 50 and 100 CFA Francs (gold) and are thus included in the list of gold coins that is published in the Official Journal of the European Union and thus fulfilling the criteria set out in Article 344 paragraph. 1 point 2 of Council Directive 2006/112 / EC (Special scheme for investment gold) From the 23rd March, interested buyers will have the opportunity to reserve either or both gold and silver coins all with very limited mintage figures.

The price of the coins will be determined by the official price of metals (gold, silver) and based on the London Bullion Market Association (LBMA) on the day of sale and according to the content of each coin. The Kremnica Mint will also offer the repurchase of the investment coins if the customer decides to sell them. The details of the repurchase conditions will be announced soon.

The coins launch with the theme of “Ritual masks of the world regions”. There will be 5 different designs minted within the series during 2015-2016. On the obverse side a motif of the mask of the particular region or country is depicted, on the reverse side there is a nominal value of the coin and the national emblem of the Republic of the Congo. The silver coins will also include an intricately applied color application which will offer vivid & detailed depictions of the masks. 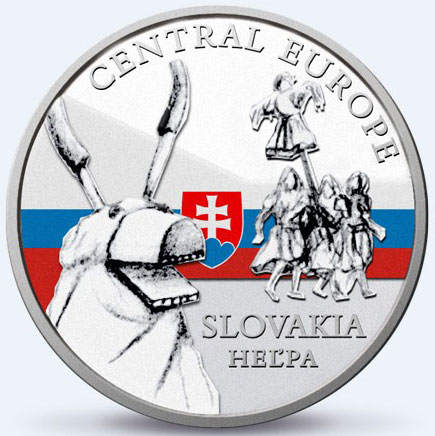 2015 Mask 1: Central Europe – Slovakia – Masked figure representing Turon. Tur is an animal which symbolizes power and fertility, with the design emanating from the 17th century, although the animal was already extinct. The Mask of Turon is depicted as an ox head with open muzzle and bells on the corners. The mask is worn by a man covered with sackcloth, and reversed fur. The mask is part of a Carnival celebration of the Three Kings celebrated on the 6th January and extends to Ash Wednesday. The mask may also appear during the 40 days of lent up to Good Friday.

2015 Mask 2: Africa – Congo – African masks are probably the best known form of art of this continent. Ritual masks from the Congolese region of Teke are shaped in the form of the moon and are worn by the tribes of Teke and Kidu on occasions such as weddings, funerals or initiating a man into adulthood. These Masks consist of two half-moon shapes, and are held together by sticks located at the back of the mask which are gripped by the wearer’s teeth. Traditional Teke masks have triangular noses and are decorated with geometric symbols and stripes together with subtle natural colors like navy, black or brown. All masks from the Teke tribe are believed to “come alive” only when they are in motion before an audience. 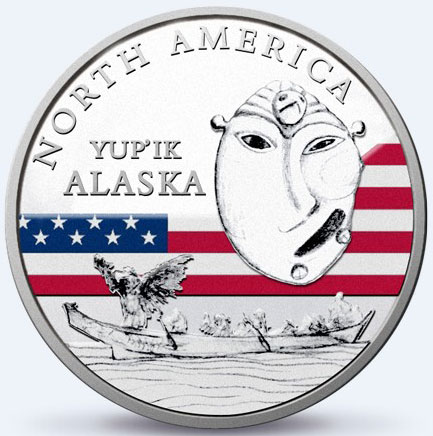 2015 Mask 3: North America – Alaska – The Oldest Inuit masks are believed to be from the pre-Inuit period, which dates from around 2500 BC. These masks were probably used in rituals associated with the transmigration into animals and also by shamans who wore them on various occasions. Yup’ik masks have been known about for more than 30 centuries. Masks in the Yup’ik culture were used for storytelling, singing, dancing or to express prayers and to pray to the forces of the universe. The Yup’ik Inuit masks depict only animal form and can be made from driftwood, bones and various natural feathers. 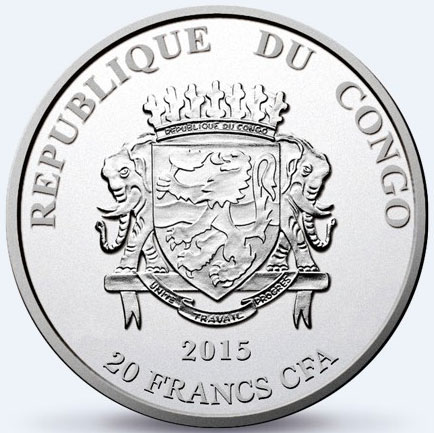 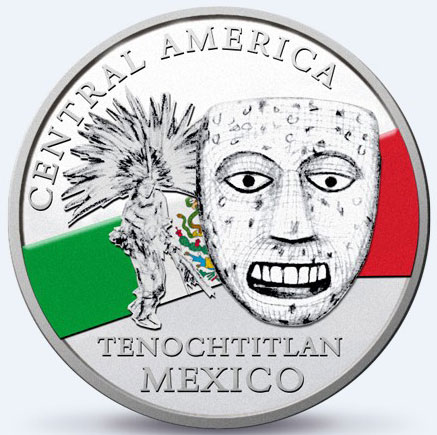 Two other regions, Asia (Nepal) and Latin America (Mexico) will be issued in 2016. The Kremnica Mint are accepting reserve orders from the 23rd March for the first available coins, the Slovakian mask series which will be dispatched from May of this year.

For more information on these coins, please visit the website of the Kremnica Mint at: http://www.mint.sk/vyroba_investicne_mince.php Information offered in English, German and Slovakian – international orders dispatched.