The Royal Dutch Mint have unveiled the new effigy for future Dutch EURO coins which will carry the image of their new King Willem-Alexander who succeed to the Dutch throne on the 30th April of this year. The new euro coins featuring the portrait of King Willem-Alexander will be brought into circulation from the second half of January 2014. Euro coins for 1 and 2 eurocents will not be brought into circulation but will be part of the collectors’ sets. 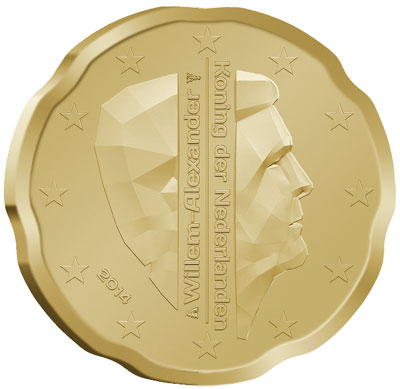 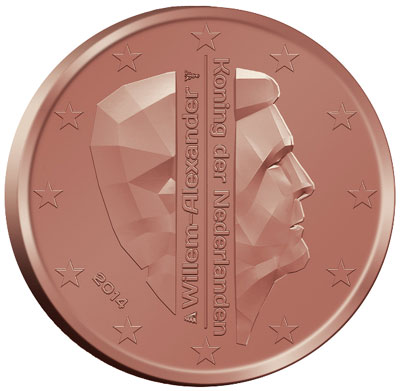 The new effigy was designed by photographer Erwin Olaf. King Willem-Alexander’s characteristic faceted portrait is based on the Dutch parceled landscape, and also symbolises the diverse nature of our country in current times. The design also represents modern-day Kingship.

The information for the launch & unveiling of the King’ new effigy can be read further on the Royal Dutch Mint’s website at: http://www.knm.nl/Primeur-onthulling-ontwerp-nieuwe-euromunten/nl/news/622/?NieuwsGroepID=1&NWSY=2013&NWSM=10