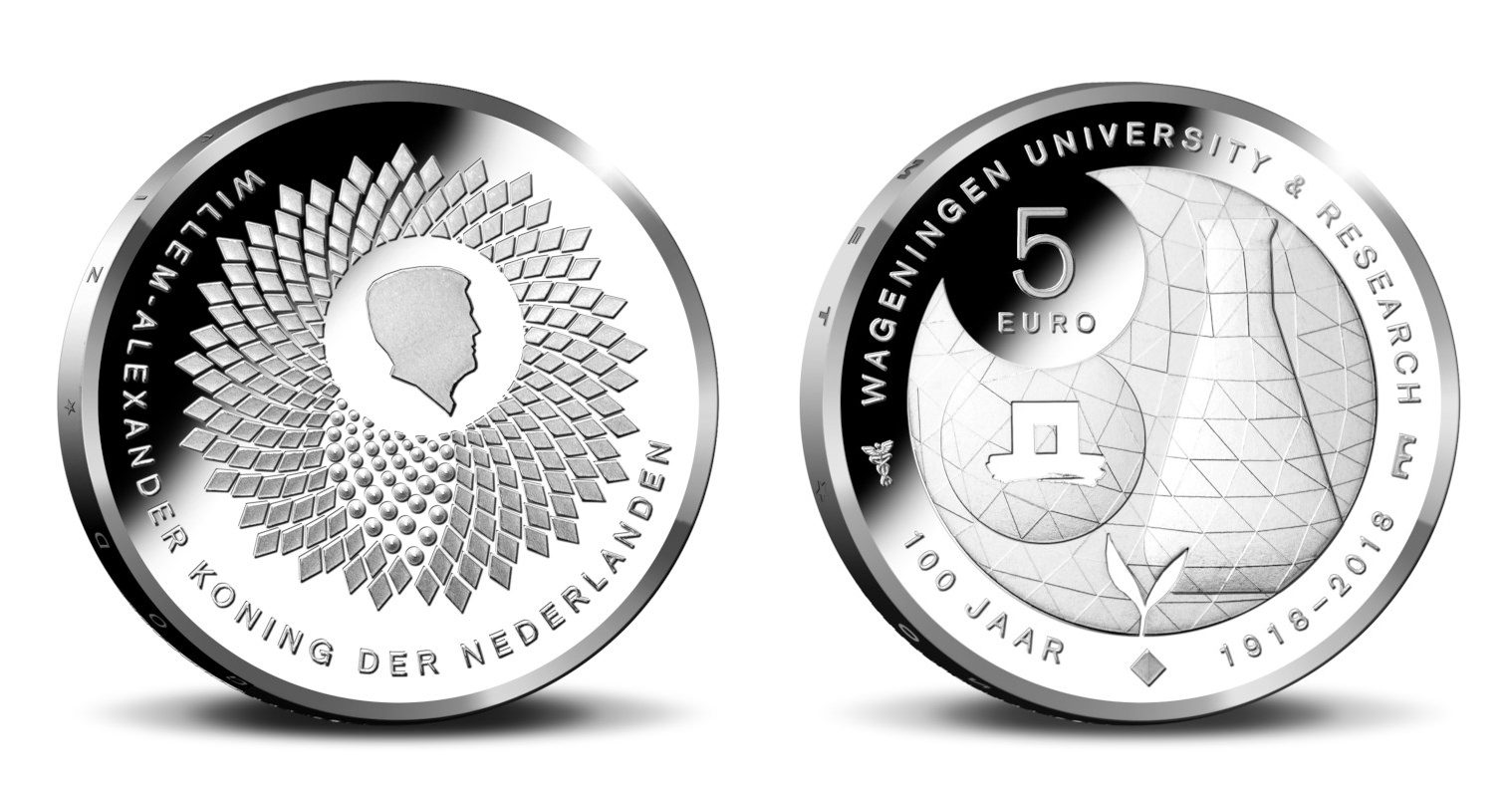 The Royal Dutch Mint is closing 2018 with an array of coin issues that span the history of the Netherlands from the 16th century to date, and from Europe to the Americas.

Wageningen University, in Gelderland, was established 100 years ago. It is ranked as the best university in the Netherlands, and as number one worldwide in agriculture and forestry. It has about 12,000 students from over 100 countries.

Both sides of a new commemorative coin for the occasion are based on an abstracted shape of a sunflower, chosen for its importance in Dutch culture, and because it shows heliotropism. During the day the flower turns with the sun, while at night it returns to the eastern position. This can be interpreted as a reference to the global outlook of the university. The pattern at the bottom of the flower on the obverse has been changed into filled circles. These points or “cells” create a transition towards the portrait of King Willem Alexander. The reverse is a variation on the sunflower theme. The seeds have now become like fields seen from the air. The Erlenmeyer flask is a recognizable symbol for science. At the bottom is a small plant symbolic of growth and the future. 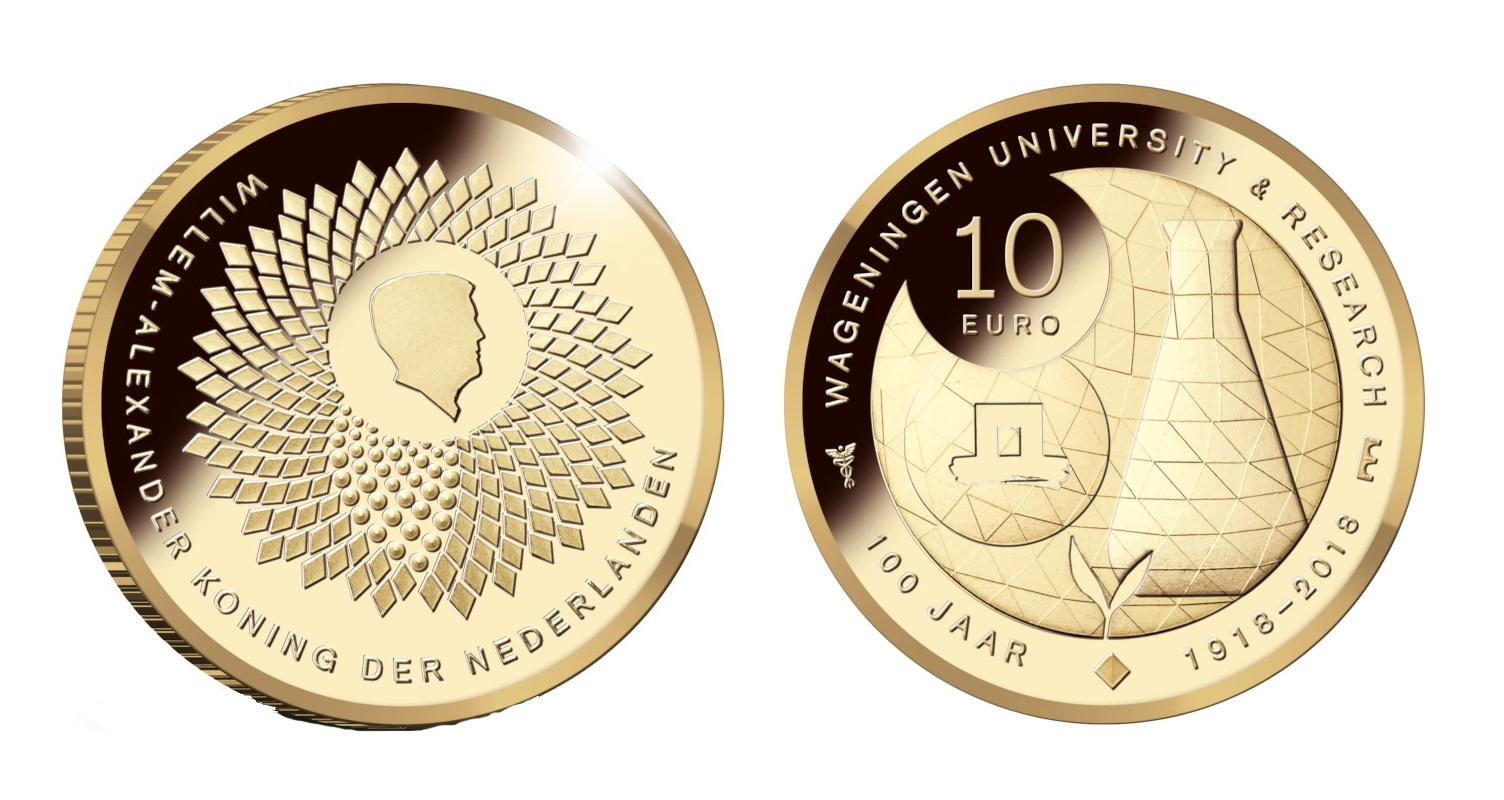 The Netherlands silver ducat has been an annual issue since 1992, but it got its start in 1659 as a trade coin. Today, it is still a legal coin in the Dutch Mint Law and is issued for every province, each with its own knight. The silver ducat for Groningen has Johan Willem Friso van Nassau-Dietz (1687-1711) depicted in the armor of the knight. He was general of the Dutch troops during the War of Spanish Succession. He and his wife, Marie Louise, are the most recent common ancestors of all European monarchs occupying the throne today. The 40-millimeter Proof coin weighs 25 grams and is limited to 4,000 pieces. They are $76.50 each and include a box and certificate.

The Dutch overseas states have not been forgotten with the announcement of two extremely low-mintage silver coins. The authorized mintage is only 550 pieces for a commemorative Proof five-gulden for the 190th anniversary of the Central Bank of Curaçao and St. Maarten. The .925 silver piece measures 29 millimeters, weighs 11 grams, and costs $82.75. A case and certificate are included.

Aruba has a new colorized .925 silver Proof five-florin coin depicting a “soldachi,” the Papiamentu name for the indigenous hermit crab. It is tiny and the story is that “its pinch does not hurt!” Also, it is 38 millimeters and 25 grams. It is limited to 750 coins and costs $87.95. It will be ready at the end of the year.