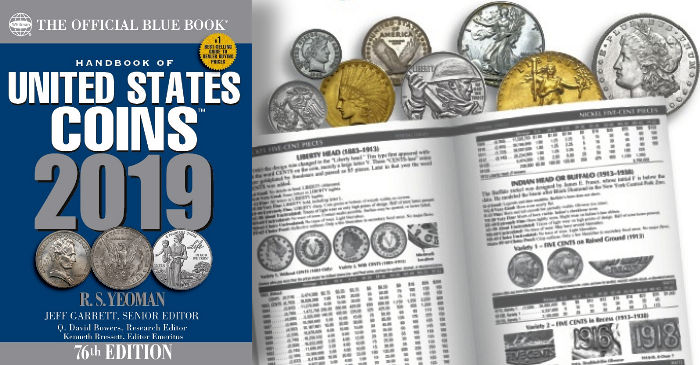 (Pelham, AL) — The newest edition of the Handbook of United States Coins debuts in late May 2018. Known to collectors as the Blue Book, it is the best-selling annual guide to wholesale prices paid by U.S. coin dealers. The 304-page 76th edition, with a 2019 cover date, has been fully updated and expanded with a 16-page color section. It can be ordered online in two formats—hardcover at $14.95 and softcover at $12.95—and will also be available from booksellers and hobby shops nationwide. 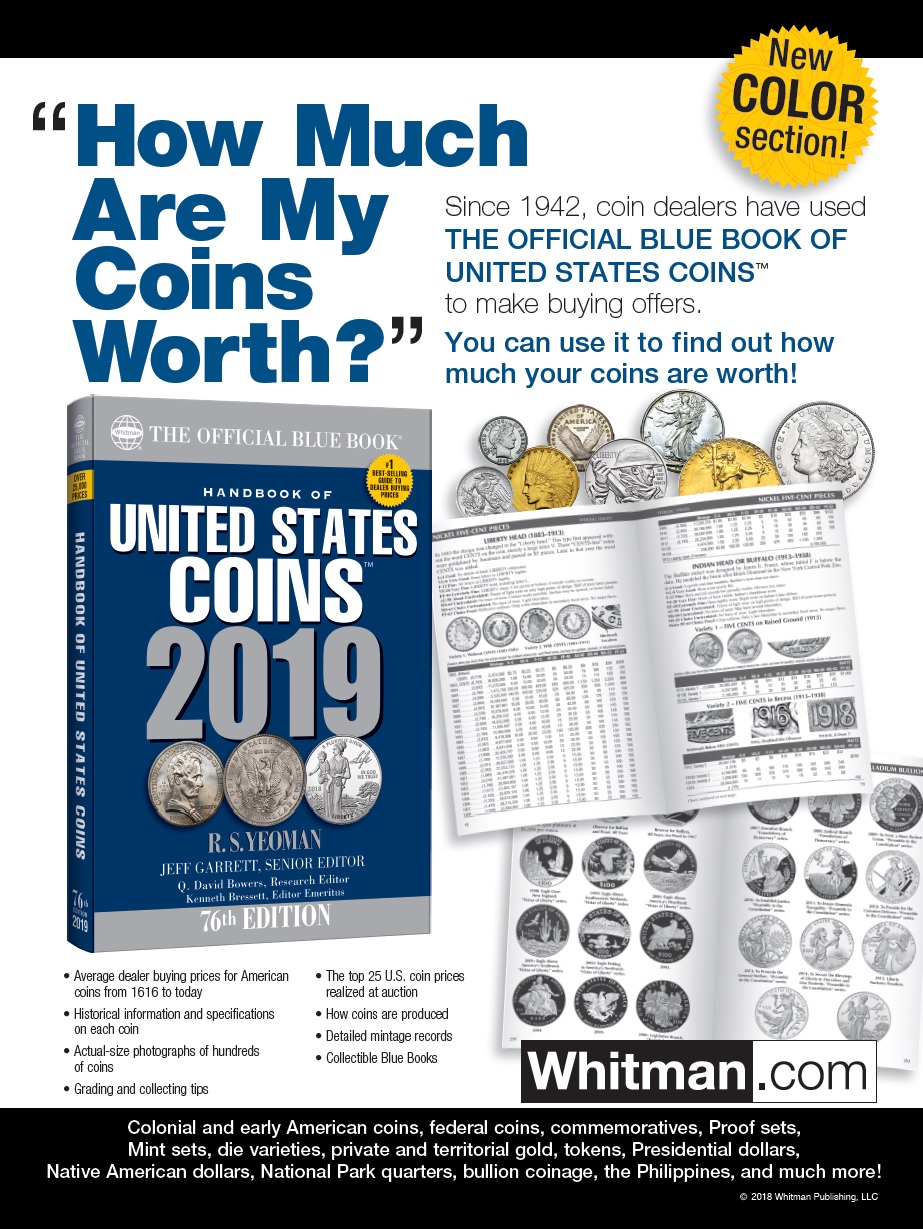 The Blue Book was introduced in 1942 as a resource for coin collectors to learn how much dealers were paying, on average, for U.S. coins. Whitman Publishing’s R.S. Yeoman, who was in charge of promoting the company’s line of coin boards and folders in the 1930s. He realized that coin collectors needed other resources and supplies for their hobby, and he began gathering mintage data and market values. Yeoman’s coin-by-coin, grade-by-grade research grew into the Blue Book. It has been published every year since 1942 (except for 1944 and 1950), with millions of copies purchased by collectors and dealers. 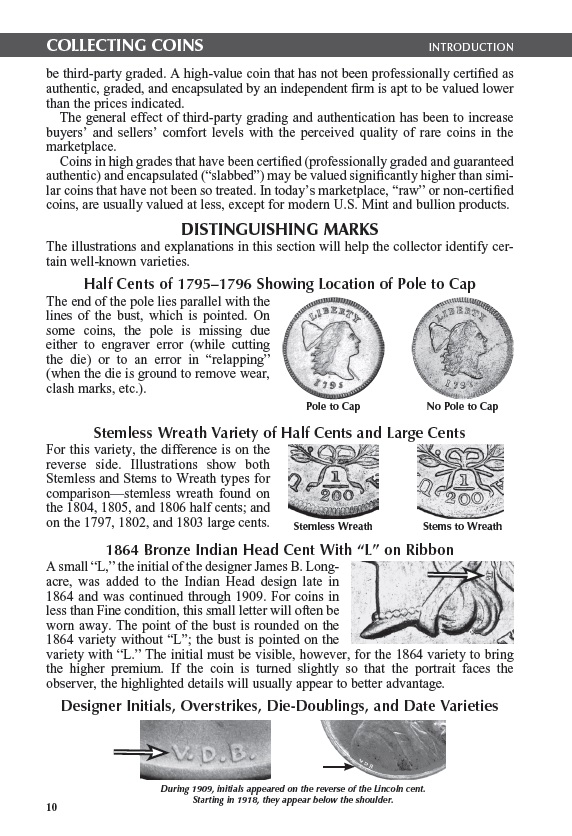 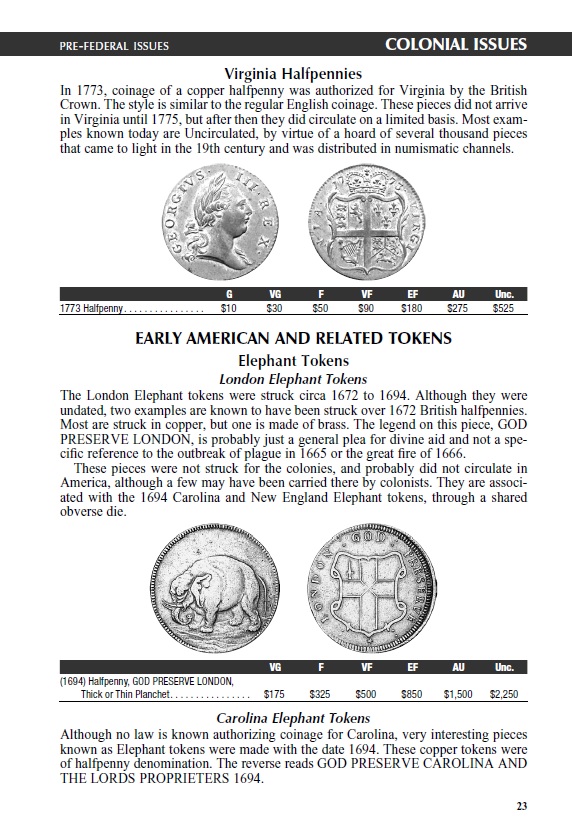 This year longtime editor Kenneth Bressett is retiring to the position of Editor Emeritus, with Valuations Editor Jeff Garrett taking the role of Senior Editor and Q. David Bowers continuing as the Blue Book’s Research Editor. 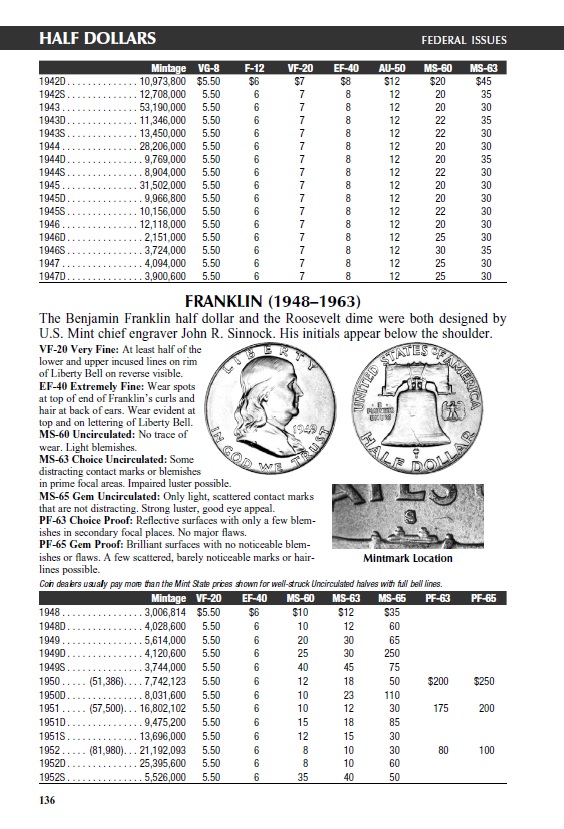 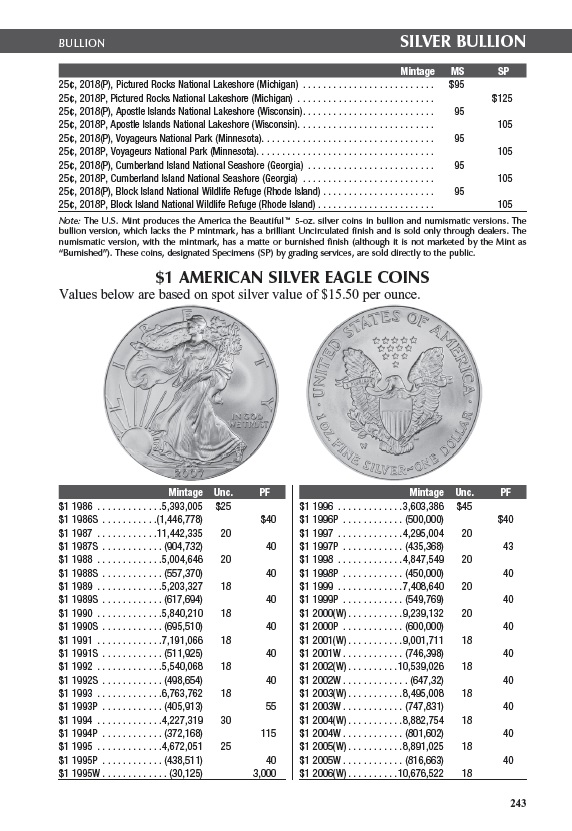 “We’ve heard from many coin dealers who wanted a feature like this,” said Whitman publisher Dennis Tucker. “Non-collectors who call coin shops often have no knowledge of grading, and they typically overestimate the condition of their coins. Grading is challenging to explain over the phone. The 2019 Blue Book guides the reader visually, with compare-and-contrast photos of Good, Very Fine, and Mint State examples for more than a half dozen of the most commonly seen old coins.” 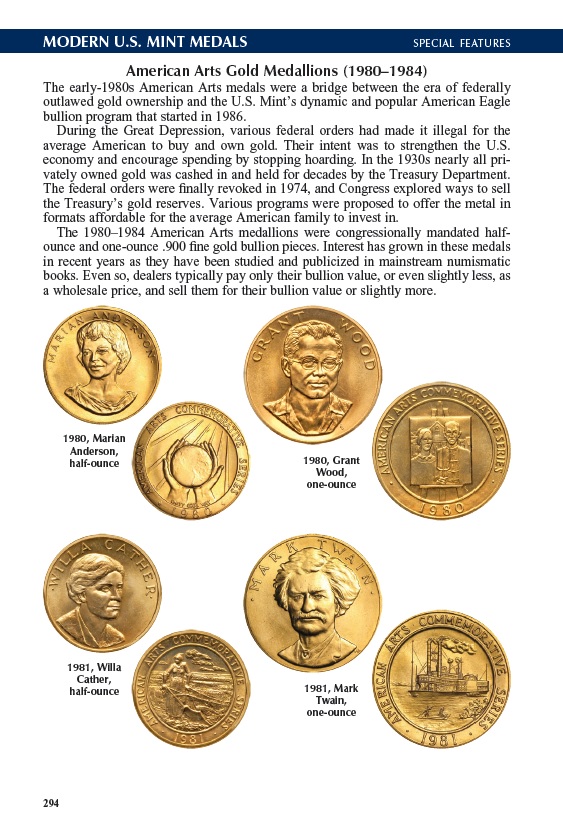 The “Quarter Dollars,” “Commemoratives,” “Proof and Mint Sets,” and “Platinum and Palladium Bullion” sections have all been expanded. 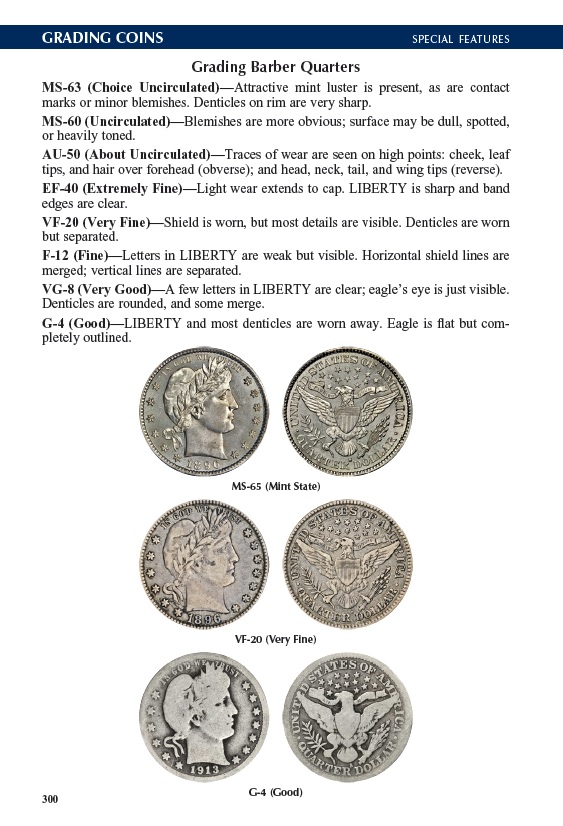 In addition to these new and expanded features, the 76th-edition Blue Book includes a helpful glossary of coin-collecting jargon and a bibliography of books recommended for further hobby education. 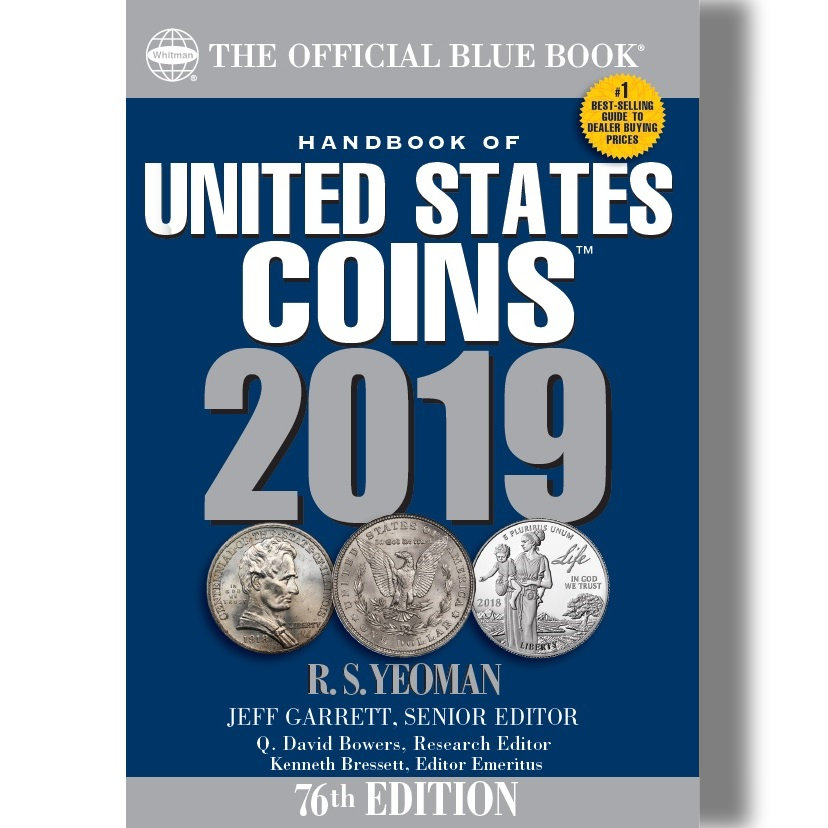 The cover of the softbound 76th edition shows three beautiful and historic American coins: a 1918 Illinois Centennial commemorative half dollar (with a clean-shaven portrait of Abraham Lincoln based on the statue by Andrew O’Connor in Springfield, Illinois); the reverse of the classic Morgan silver dollar; and the new 2018 “Preamble to the Constitution” American Platinum Eagle, with the design of “Life.”

Beth Deisher, author of Cash In Your Coins: Selling the Rare Coins You’ve Inherited, has said, “The Blue Book is the only price guide available to the public that brings reality to selling rare and collectible coins. Based on prices dealers are likely to offer, it provides you the necessary tools to accurately identify your coins and value your collection.”

About the Handbook of United States Coins

The Handbook of United States Coins is the world’s most popular annual wholesale (“buy price”) guide for U.S. coins, tokens, and other numismatic items. Millions of copies have been purchased since 1942, making it one of the best-selling titles in the history of numismatic publishing, second only to the annual Guide Book of United States Coins (the retail-pricing “Red Book”).

The 76th edition of the Blue Book is available online and at bookstores and hobby shops nationwide.

Whitman Publishing is the world’s leading producer of numismatic reference books, supplies, and products to display and store coins and paper money. The company’s high-quality books educate readers in the rich, colorful history of American and world coinage and currency, and teach how to build a great collection. Archival-quality Whitman folders, albums, cases, and other holders keep collectibles safe and allow them to be shown off to friends and family.

Whitman Publishing is the Official Supplier of the American Numismatic Association. As a benefit of membership in the ANA, members can borrow the Blue Book (and other Whitman books) for free from the Association’s Dwight N. Manley Numismatic Library, and also receive 10% off all Whitman purchases. Details are at the website of the ANA.