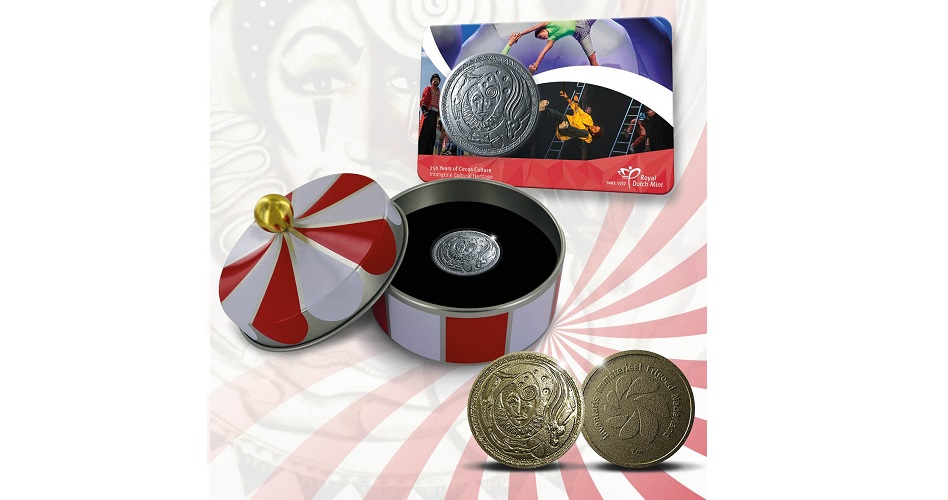 The Royal Dutch Mint, in collaboration with Circuspunt and the Fédération Mondiale du Cirque, have launched (3rd December) new gold and silver medals which celebrate 250 years of circus culture with three very exclusive, themed issues. On the occasion of the anniversary and production of these exceptional medals, the first silver example was presented to HSH Princess Stephanie of Monaco, who in her capacity as Honorary President of the Fédération Mondiale du Cirque, promotes the culture and activities of circus entertainment internationally. The Princess is known to be a huge supporter of the circus and has a keen interest in the tradition of the travelling circus show.

Delve into the wonderful world of circus culture with colourful posters, a large round tent, and a village filled with circus artists. In the Netherlands, circus culture has been added to the Dutch Inventory of Intangible Cultural Heritage in 2012, but, of course, circus culture is known all over the world. Many cities and towns in the Netherlands still eagerly welcome the circus from time to time and the origin of the circus actually takes us back to England. It was in 1770 when Phillip Astley gave performances in his New British Riding School in London, at which time horsemanship acts, clowns, acrobats, and jugglers quickly found their place, and before anyone knew or realised, circus culture was born with the venue we all know today.

For the creation of these unique medals, the Royal Dutch Mint pays tribute to the traditional circus ring and have commissioned noted Sand Artist Gert van der Vijver, who in the Netherlands is known from the television show De Zandtovenaar. For the circus culture issue, he created a smaller version of an actual circus ring. The sand motif was then converted to a 3-D design, keeping the original sand structure. Produced in gold, silver, and cupro-nickel, the obverse side visualises the dynamics and the history of circus culture. The horses gallop around the ring while trapeze artists are performing dangerous tricks overhead. Featured, of course, is the face of a clown in the centre with resplendent ruffled collar and a little tear on his left face just under his eye. If you look at the surface of the medal closely, the fine grains of sand are visible. 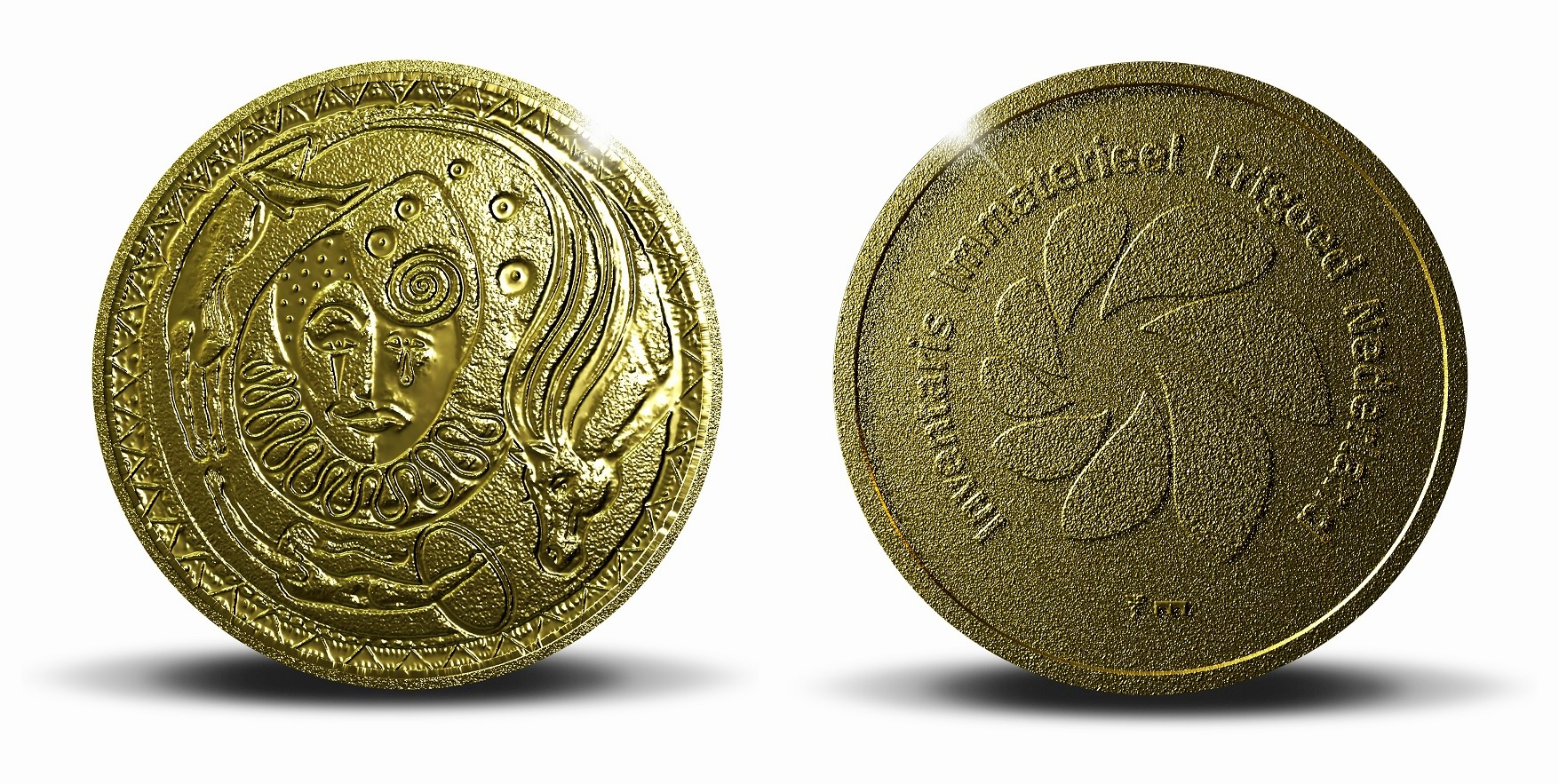 On the reverse is the logo of the series of Intangible Cultural Heritage in the Netherlands. It is also in the sand structure and texture. 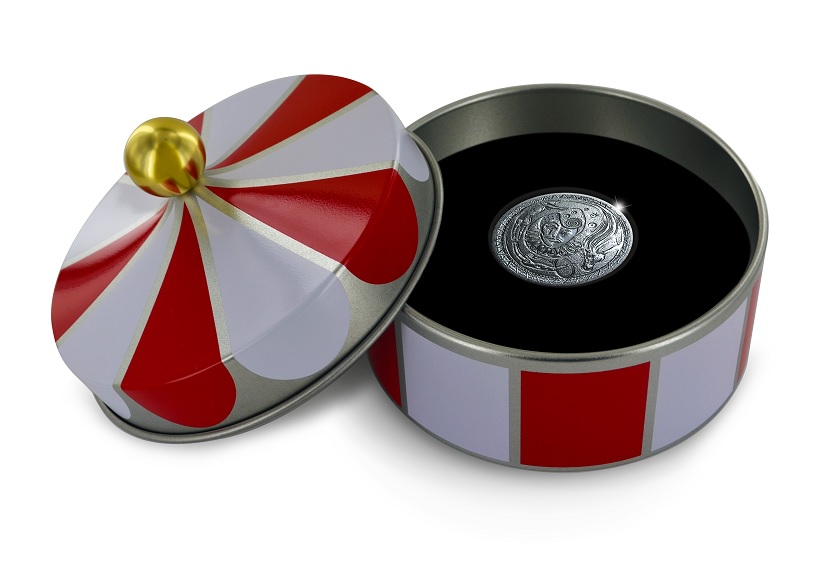 The pure gold and silver medals in honour of 250 years of circus culture are presented in a unique circus tent collector’s packaging constructed out of pressed tin and colourfully recreates an actual circus tent. Each encapsulated coin is accompanied by a uniquely numbered certificate of authenticity and all is safely protected by a beautiful storage box. 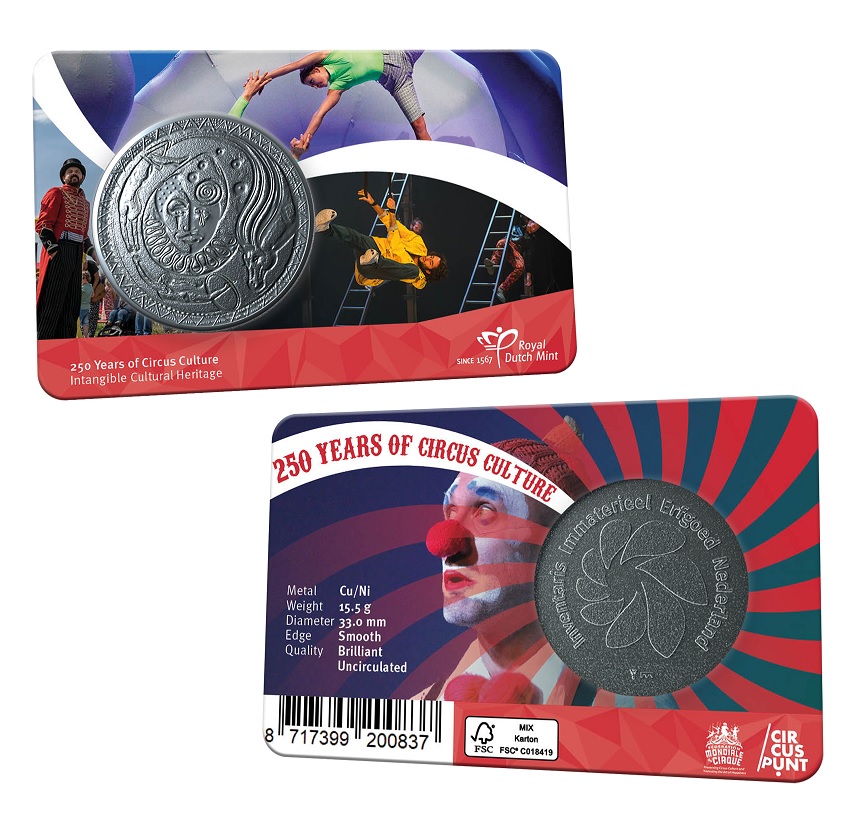 The cupro-nickel Brilliant Uncirculated strikes are presented and encased in a colourful coin-card format. For additional information on this product, please visit the website of the Royal Dutch Mint.