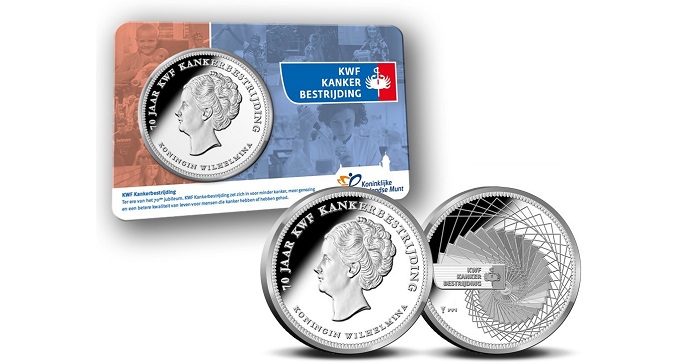 The Royal Dutch Mint has launched (15th August) a new medal which is a special issue to commemorate the 70th anniversary of the founding of the country’s National Cancer Research Centre in 1949. The Dutch Cancer Society was established by Her Majesty Wilhelmina, Queen of the Netherlands, who, after her abdication in September 1948 was known as Her Royal Highness Princess Wilhelmina of the Netherlands. Just before her abdication, she celebrated her Golden Jubilee in 1948, and as part of those celebrations, she received a national gift in the amount of almost two million Dutch guilders. Today, this amount would be equal to just over eight million euros. With these funds, the former Queen decided to put the money to good use and dedicated her name and efforts to the fight against cancer. The Queen Wilhelmina Fund Foundation — Stichting Koningin Wilhelmina Fonds — was established in March 1949 to manage this money. Thus, the Dutch Cancer Society — KWF Kankerbestrijding was founded.

In conjunction with the former Queen’s efforts, a group of Amsterdam dignitaries established the Society for Support of the Queen Wilhelmina Fund (Vereniging tot Steun aan het Koningin Wilhelmina Fonds) that same month to raise additional funds so the foundation would be able to continue its work after the funds from the Queen’s national gift was spent. The society and foundation merged into one organisation which was governed by a newly created board on the 1st June 2007.

Today, the KWF continues its commitment to fight cancer with scientific research, education, patient support, and fundraising in cooperation with volunteers, donors, patients, doctors, and researchers. Its motto is “Everyone Deserves a Tomorrow.”

In honour of the 70th anniversary of the Dutch Cancer Society, the Royal Dutch Mint has produced an exceptional medal entitled “The Dutch Cancer Society Medal,” which will be presented in a coin card. This medal release commemorates the 70 years of the vital work done by the organisation founded by the grandmother of Her Royal Highness Princess Beatrix, formerly Queen Beatrix of the Netherlands. Princess Beatrix continued as the patron of KWF after her abdication in 2013, and as a patron, she will perform the ceremonial first strike on the 31st August 2019, the date of birth of her grandmother, Queen Wilhelmina, who is remembered as the founder of the Dutch Cancer Society. 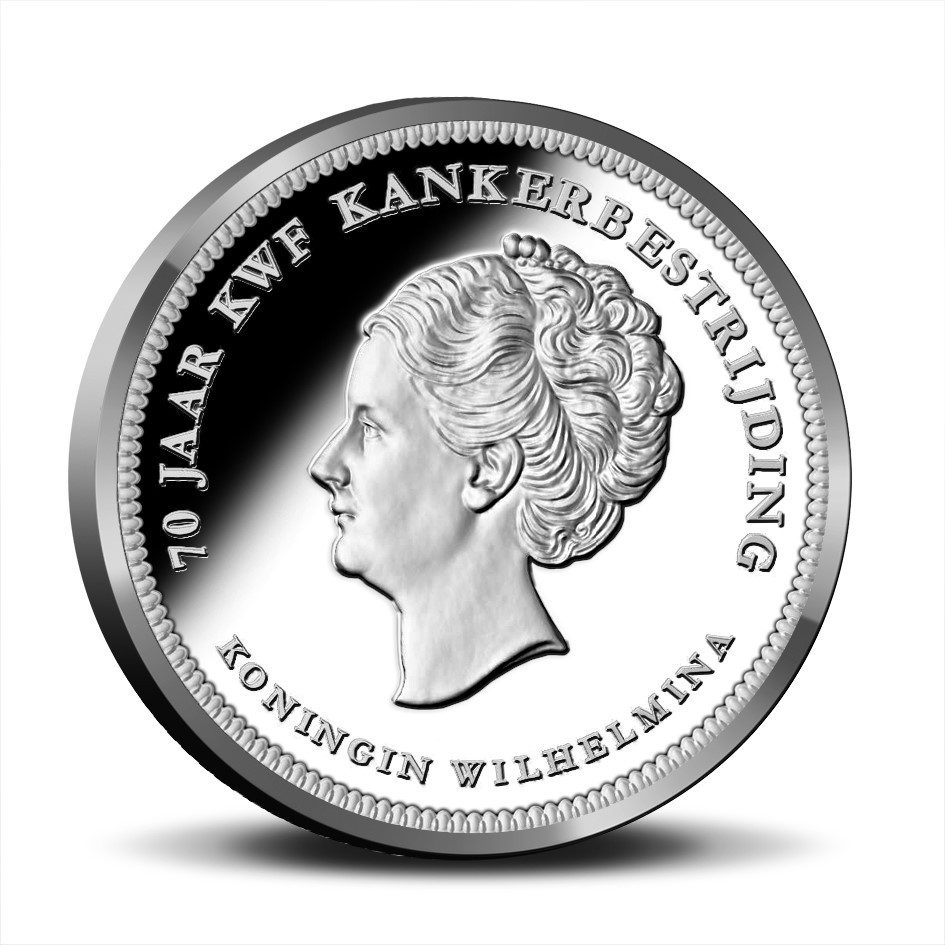 This medal is especially relevant to the theme and anniversary as the obverse side includes the fourth effigy of HM Queen Wilhelmina as she appeared on Dutch and Antilles coinage from 1921 until 1945. The inscription, which is placed above the Queen’s portrait, reads 70 JAAR KWF KANKERBESTRIJDING. Below, is the text KONINGIN WILHELMINA. 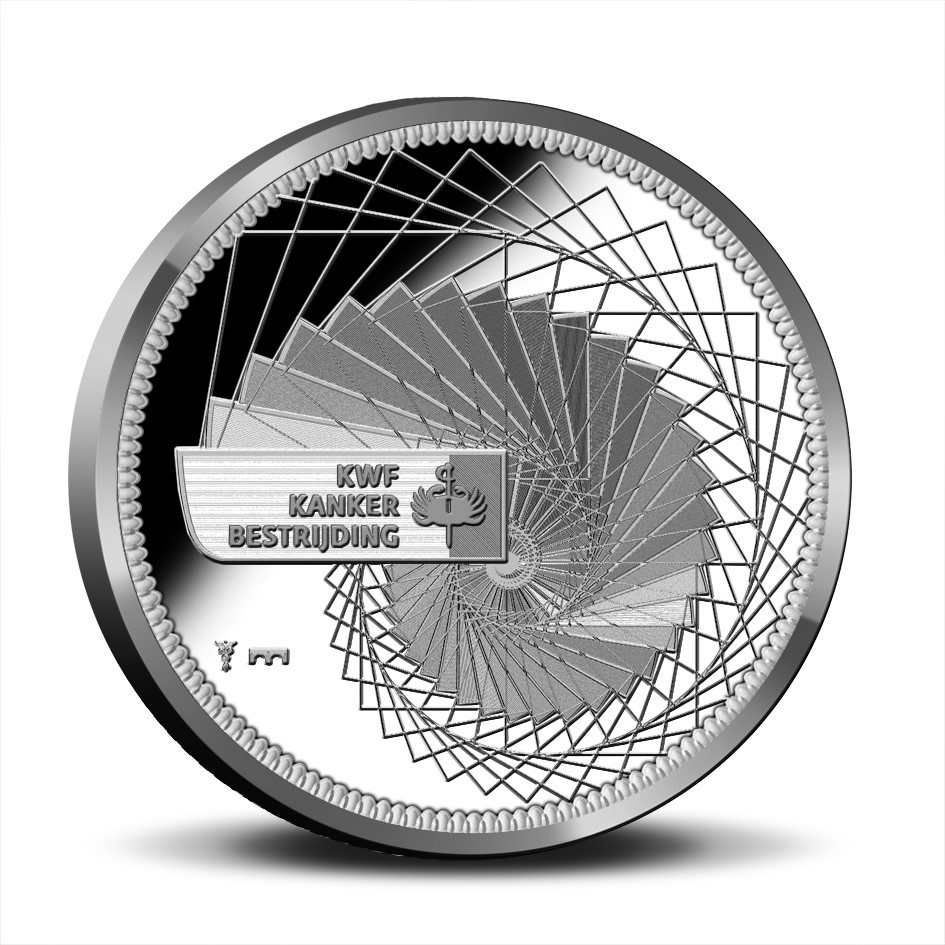 The reverse side includes the official logo of the Dutch Cancer Society, which forms part of a greater linear motif. 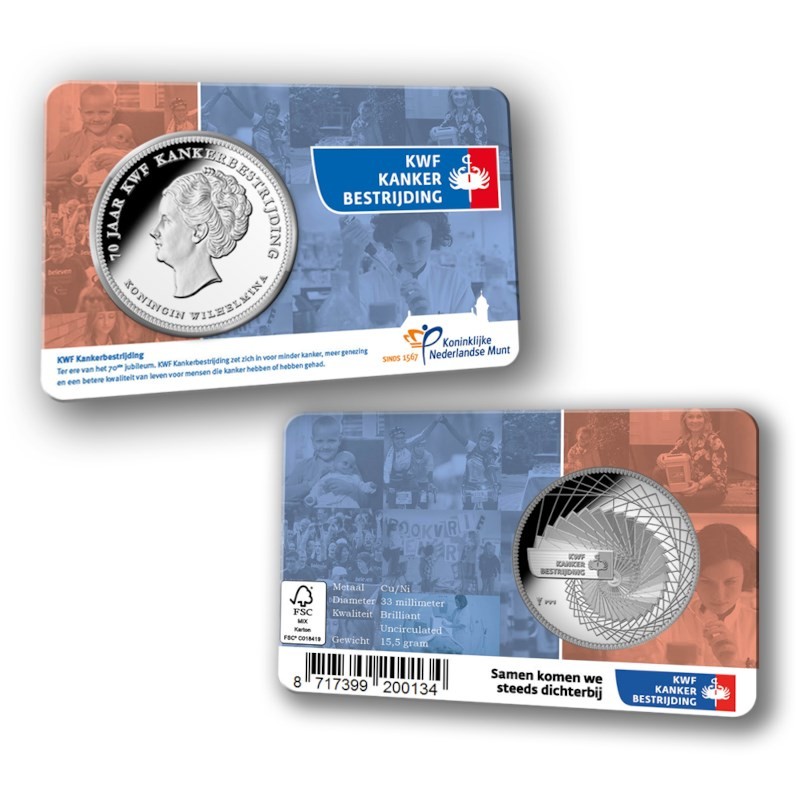 The official sale of the medal will start on the 15th August 2019 at 9:00 a.m. with delivery by the 31st August. The medal is enclosed in a coin-card presentation. For additional information about this medal and others available from the Royal Dutch Mint, please visit their website.