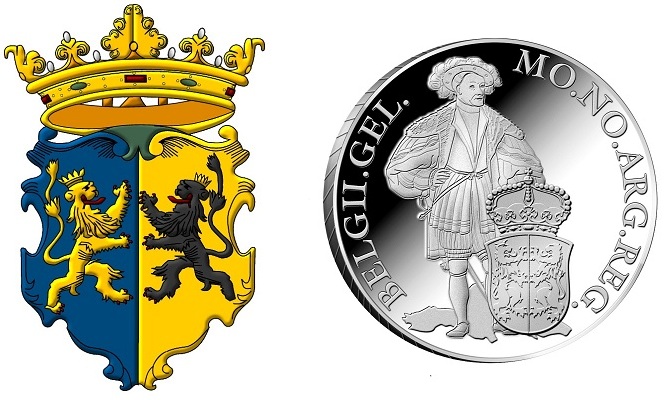 The Royal Dutch Mint has issued their latest silver Proof ducats, a denomination that has been used by the Dutch nation in some capacity for more than 350 years. The Dutch ducats enjoyed a particularly important chapter during early European and world trade as the coin was for a time considered the most reliable and trusted money in several regions, including the Middle East, Asia, and the Americas, where many of these coins were often found with counter-stamps.

The new coin is the second issue of 2016 and the fourth release in the current Ducat series, which was launched last year. This piece focuses on the Dutch province of Gelderland. The largest of the twelve administrative provinces in the present Dutch kingdom and historically a part of the Lowlands, their establishment dates back to the year 1089, or the beginnings of the Holy Roman Empire.

The name “Gelderland” is derived from the nearby city of Geldern in present-day Germany. The province became a part of the Kingdom of the Netherlands in 1815. Gelderland is also considered the cultural capital of the Dutch people. Today, province enjoys a significant level of commerce and industry and is a considerable force within the country in terms of revenue and trade. Today, Arnhem, Gelderland’s capital city, has a population of 170,000, with an overall population of the province standing at just over two million inhabitants. 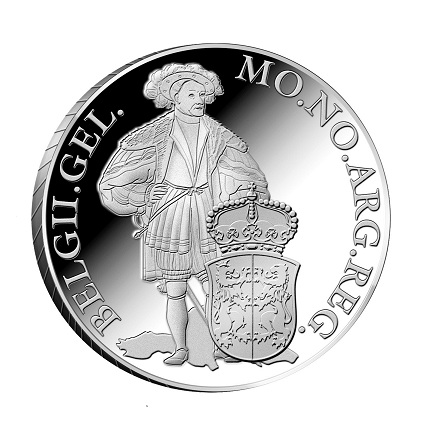 The obverse design features a standing image of Charles II, Duke of Guelders (1467 – 1538), in the uniform of the Anonymous Knight. Charles II ruled as Duke of Guelders and Count of Zutphen from 1492 until his death. He is accompanied by the shield of the province; the crowned crest consists of two Lions Rampant facing each other. 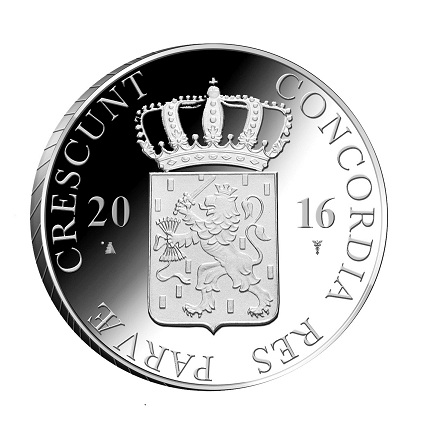 The reverse of the coin includes the current Dutch crest, crowned along with the year of issue, seen as two digits on either side of the shield. The Latin text around the crest design reads CONDORDIA RES PARAVE CRESCUNT, or “in harmony small things grow.”

The Dutch silver ducat continues to have the status of a legal tender coin and has been in continuous production since the years of the Dutch Republic (1581 – 1795). The new examples continue to be struck in the standard .873 silver fineness commonly used for this type of trade coin. The overall style of design of this popular series will change after all the provinces are represented.

For more information on this and other coins offered by the Royal Dutch Mint, please visit their Web site. Orders will be dispatched only to European destinations where applicable.