The Royal Dutch Mint has released (4th April) new collector coins which are in remembrance of the 75th anniversary of the liberation of the Netherlands from the occupation of the Third Reich army during the Second World War. 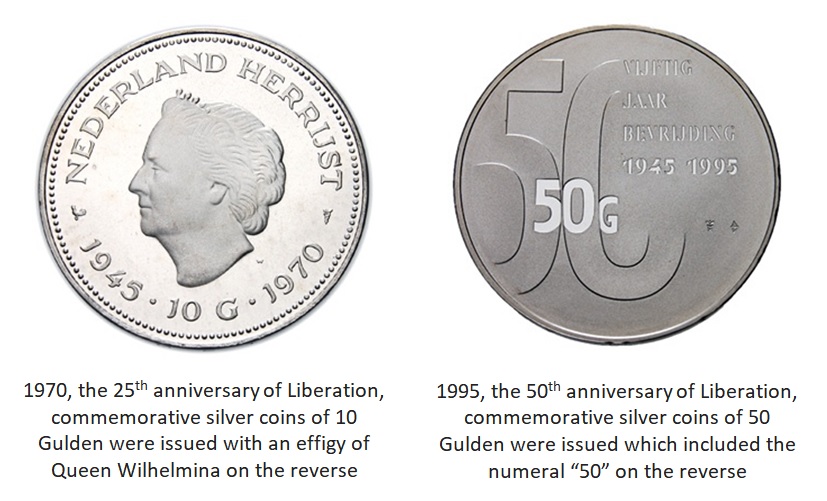 The Royal Dutch Mint produces the new coins at their facilities at Utrecht, on behalf of the Ministry of Finance, which is the official issuer of all Dutch coinage. They are designed by artist Marijke van Warmerdam, whose designs depict a similar theme on both obverse and reverse.

The numeral 75 on the reverse, which is central to the design, as well as the portrait of HM King Willem Alexander on the obverse, are formed by one continuous ribbon flowing in motion. The theme is symbolic of the festive atmosphere of Liberation Day.

All coins are available to order from the 4th April with the dispatch of all coins commencing from the 5th May.

The silver Proof coin is presented in a colourful folder and includes several images of the anniversary logo and narrative of the upcoming celebrations. Both the Uncirculated and Brilliant Uncirculated €5 coin is sealed in a coin-card format.

The €10 gold Proof quality coin is encapsulated and presented in a custom wood-branded Royal Dutch Mint case, along with a certificate of authenticity. 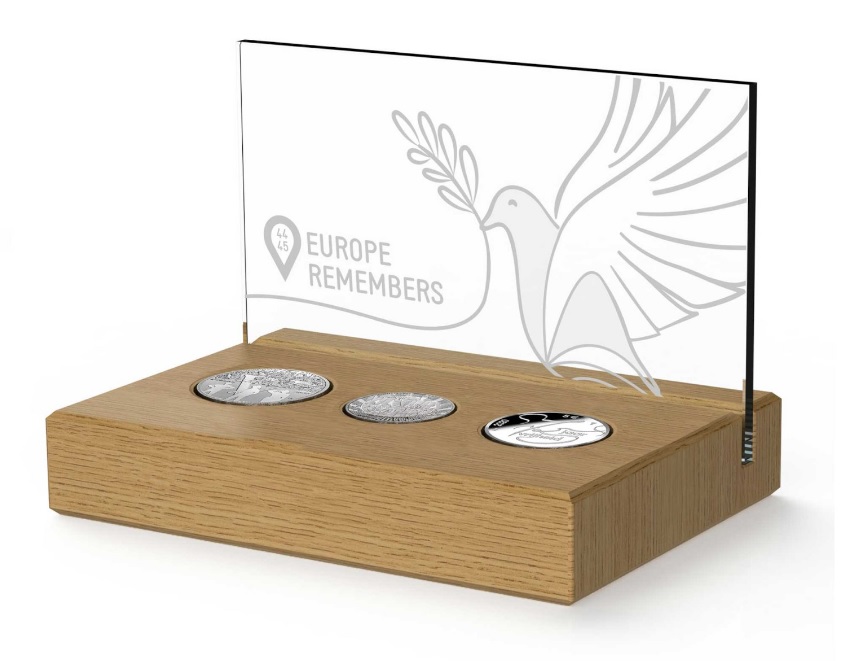 A special three-coin set with a limited presentation of 2,000 is being made available and includes the Liberation *€5 silver coin (part of the total mintage for this coin) and silver Proof quality coins from Canada and the United Kingdom. 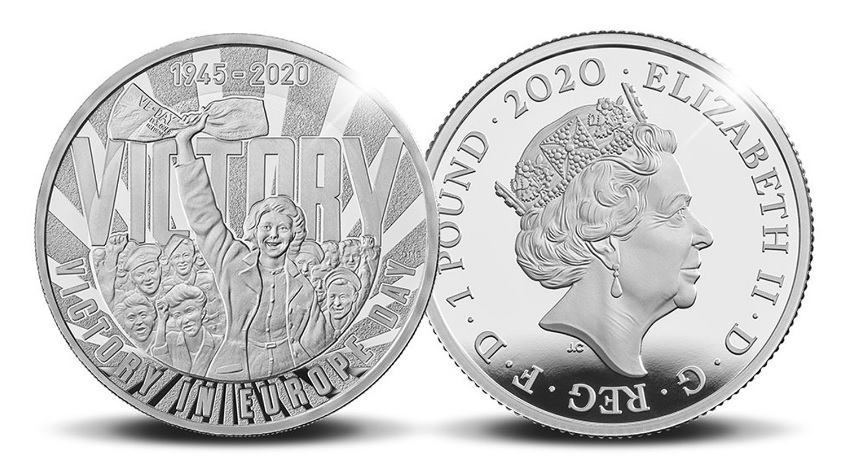 For additional information about these coins and others available from the Royal Dutch Mint, please visit their website. 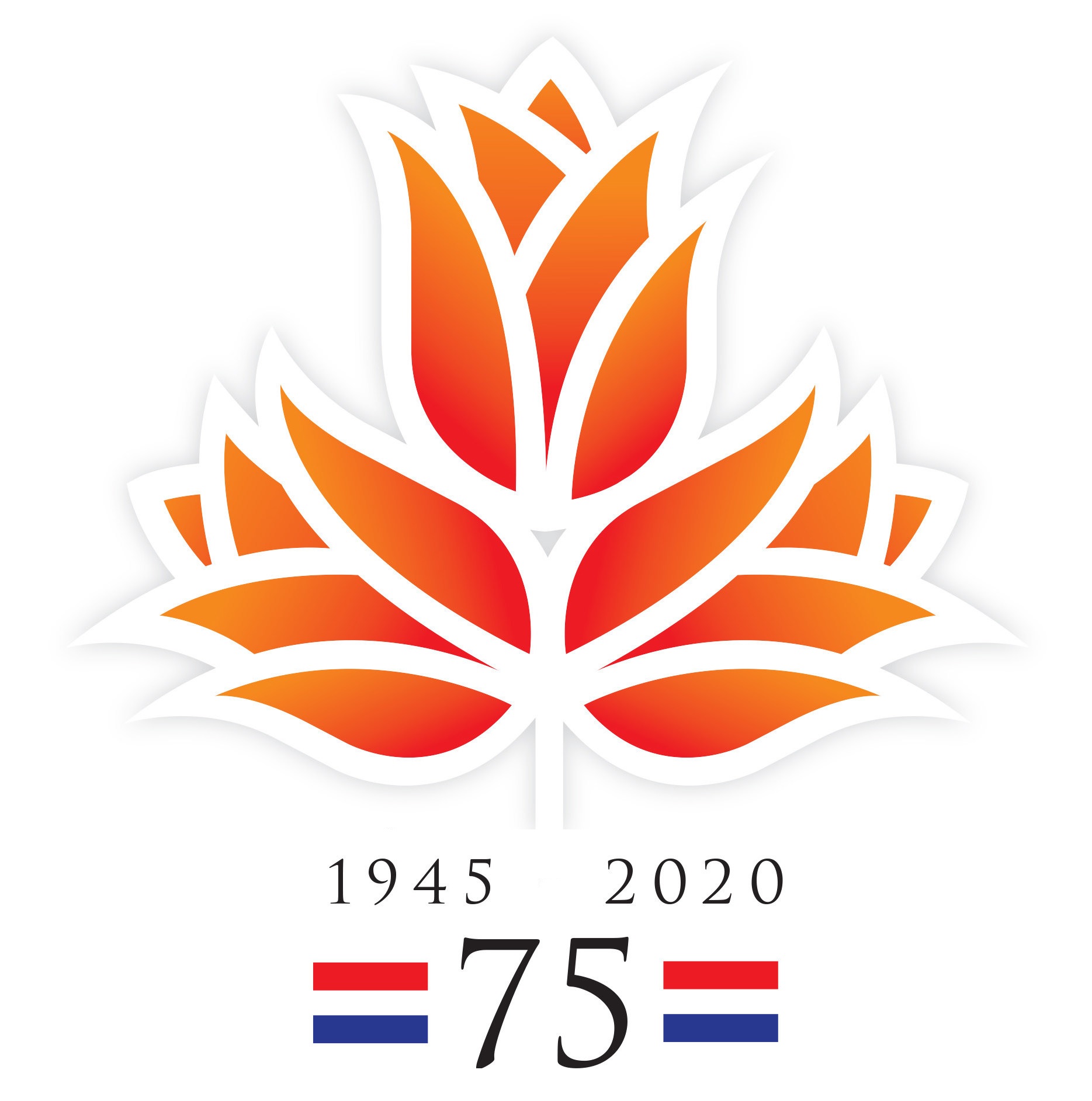 When fighting broke out in 1914 in Europe, the Netherlands had managed to remain neutral for the duration of the Great War. That would not be the case when fighting broke out once more, and the Allied powers declared the war against the Axis forces of Germany and Italy on the 3rd September 1939, after the German army invaded Poland. Before the outbreak of fighting, the Netherlands and Germany had enjoyed cordial relations. In fact, dignitaries of the German government had been invited to the engagement celebrations between Princess Juliana and her fiancé Prince Bernhard of Lippe-Biesterfeld, a former German Principality. During the party in September 1936, it had been reported that the German Foreign Minister Von Ribbentrop had made a bold and startling comment to Princess Juliana. He proposed a union between their two respective countries in a similar fashion to that of the Anschluss that would occur between Germany and Austria in March 1938. The princess, knowing precisely what he meant: The loss of freedom and sovereignty in the Netherlands, tactfully replied, “But I think such a big country would be too much for Mama to govern,” and politely turned to another guest to speak with them.

After the declaration of war by the Allied forces, a German invasion of the Low Countries, including Belgium and Luxembourg (along with neighbouring France), was planned.

This began on the morning of the 10th May 1940 when armoured tanks and aeroplanes of the Luftwaffe mounted their offence. As much of the Netherlands is below sea level, the Third Reich had also threatened to bomb the large and complex network of the dams which kept the country’s land dry. The surrender came about on the 17th May after the Dutch government, including the royal family, were reluctantly forced to flee the country. Queen Wilhelmina arrived in London on the 13th May aboard a British frigate that King George VI had sent to retrieve her. She would head the country’s government in exile from locations in Central London.

Almost immediately, a system of underground resistance movements was emerging that began missions of espionage against the occupation and became very successful in their endeavours. For this success, the Dutch people paid a hefty price, as the repercussions were harsh and brutal. More than half of the Dutch at any one time went without food to the point of severe malnutrition. As the tides shifted against the Axis alliance, by the time D-Day approached in June 1944, German authorities lost more and more control over the situation, as it was clear that Germany would lose the war.

Most of the south of the Netherlands was liberated in the second half of 1944. With the Hungry Winter setting in towards the end of 1944 in the north of the country still under occupation, it would not be until the surrender of the Third Reich on the 5th May 1945 that the war in Europe was at an end.

While in exile in London, Queen Wilhelmina, who had frequently spoken to her countrymen over the radio waves, became regarded as a symbol of the Dutch resistance. She travelled back to the southern part of her country in March 1945 and returned to the capital on the 6th July to a rapturous welcome by her people.