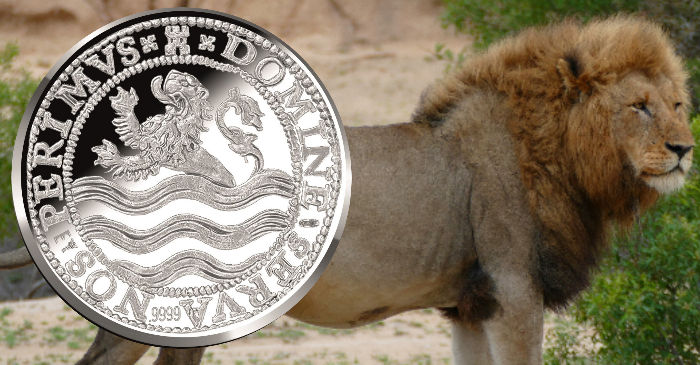 The Royal Dutch Mint have unveiled (25th January) the second issue of their silver and gold one-ounce coins, which are based on one of the world’s most well-known and trusted trade coins of the late 16th century. Following hot on the heels of last year’s debut of this collector’s edition of the famed Dutch trade coin, the second issue sees a change in the reverse design and pays tribute to the province of Zeeland. The design is distinctive with its depiction of waves of water, which is symbolic of the struggle against the rising tides of water in this province.

During the mid-17th century, the leeuwendaalder (“lion daalder”) which is so-named due to the rampant lion design that has graced this coin since it was first issued in 1575. The trade coin became so widely used and trusted worldwide that it pushed many local coins out of their own markets. The original coin’s weight of 26.79 grams made it very popular in the Dutch East Indies as well as in the Dutch New Netherlands Colony — today present-day New York. After the British became the dominant power in the New World, the lion daalder remained in circulation with a recognised value of four shillings and six pence. Besides the popularity of the Spanish eight-reales (“piece of eight”) coin, which also widely circulated in the United States from the late 1700s, it is clear to many numismatists today that the lion daalder greatly influenced America’s emerging silver coinage — especially the name of the new country’s currency, the dollar, which was first minted in 1794. 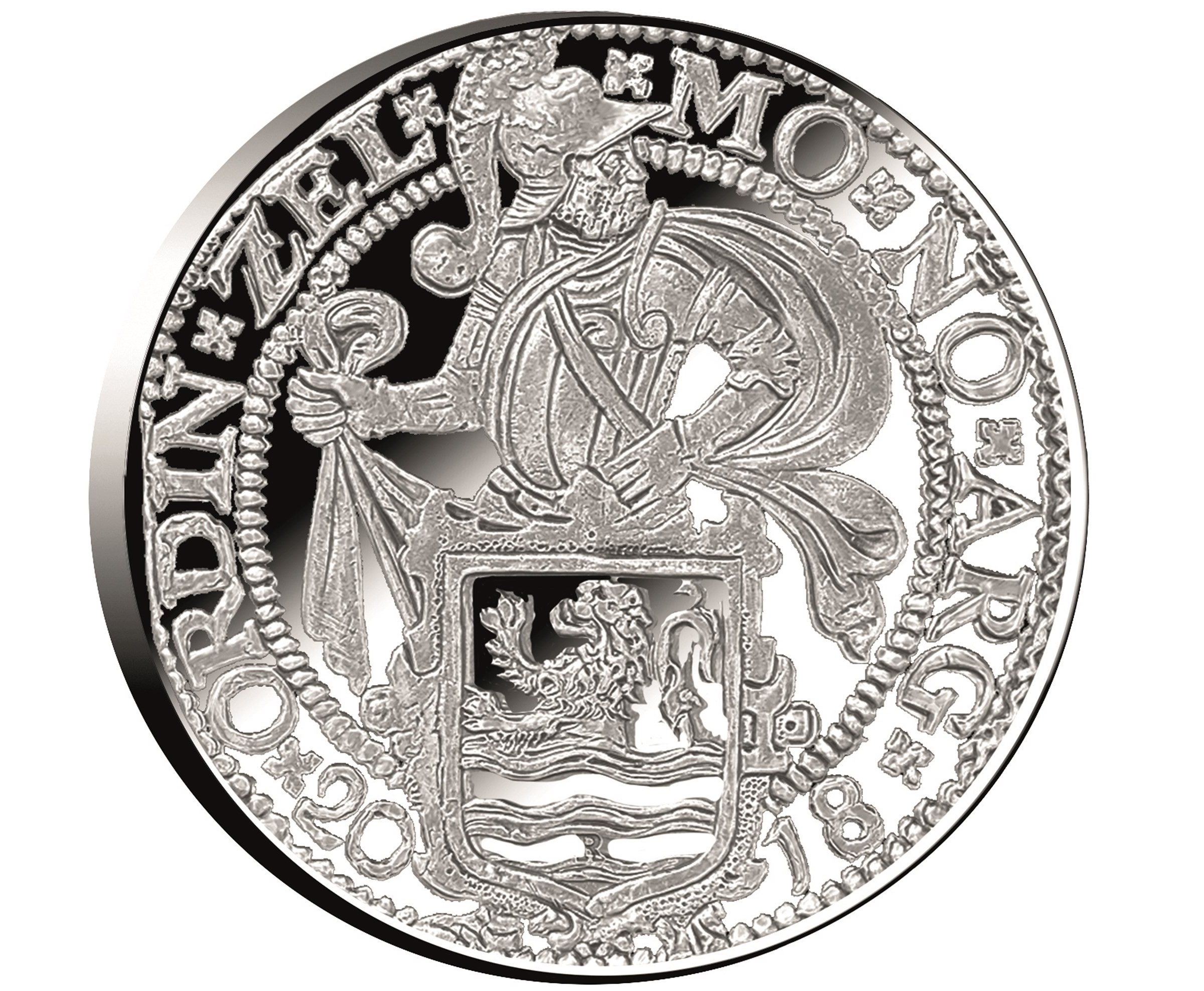 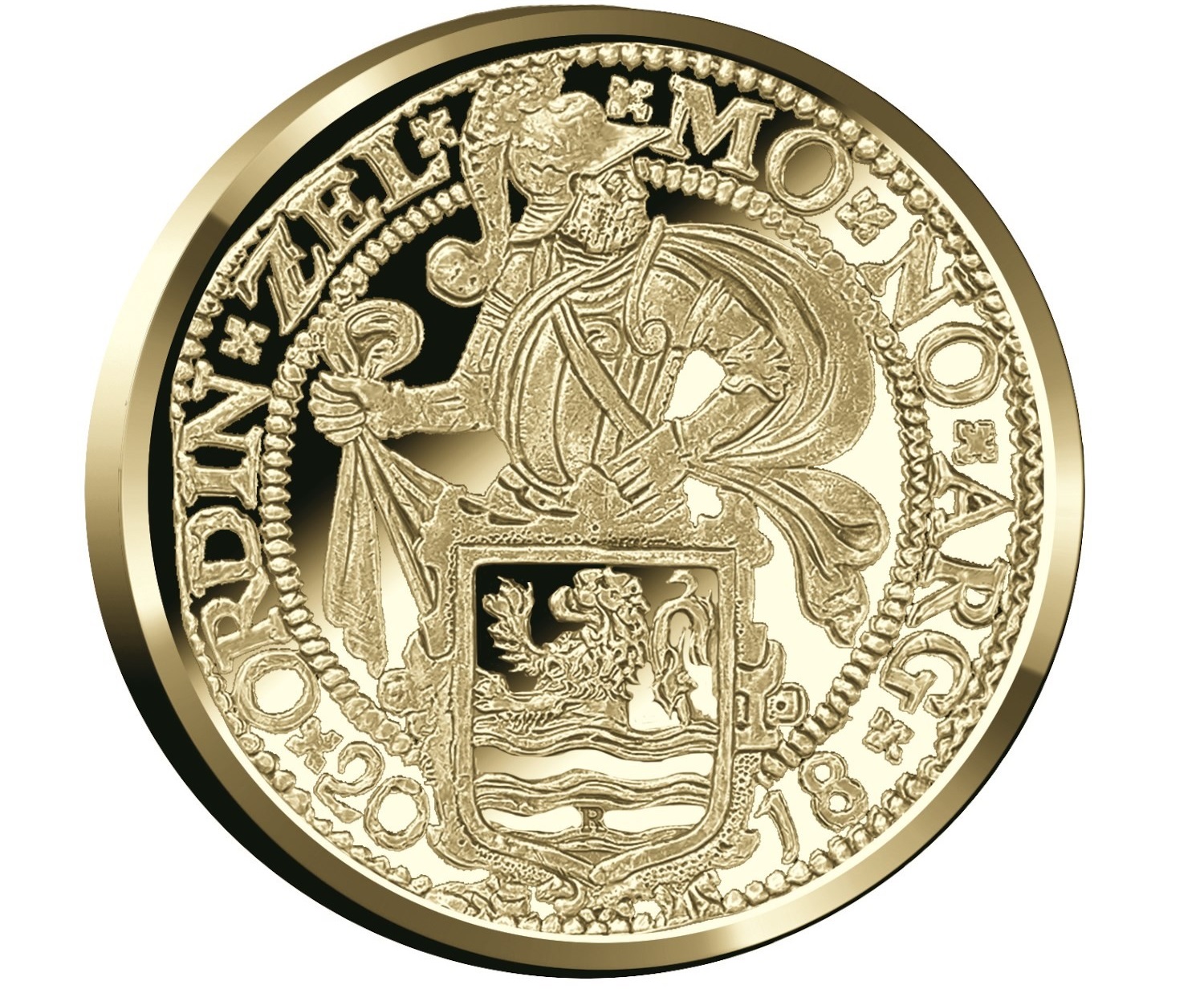 The obverse side of the design of the 2018-dated lion daalder is based on an original Leeuwendaalder design issued in 1617, which depicts a standing anonymous knight. In front of his legs rests a shield representing the province of Zeeland. The shield bears a lion in what is known as the rampant position. Only half of the lion’s upper depiction is shown, while underneath are waves which represent water and symbolise the historical connection to Zeeland. Within two circles of beadwork around the rim is the legend MO NO ARG ORDIN ZEL, which translates to ”New Silver Coin of the Standard of Zeeland.” The year of issue is seen in two digits on either side of the bottom of the shield. 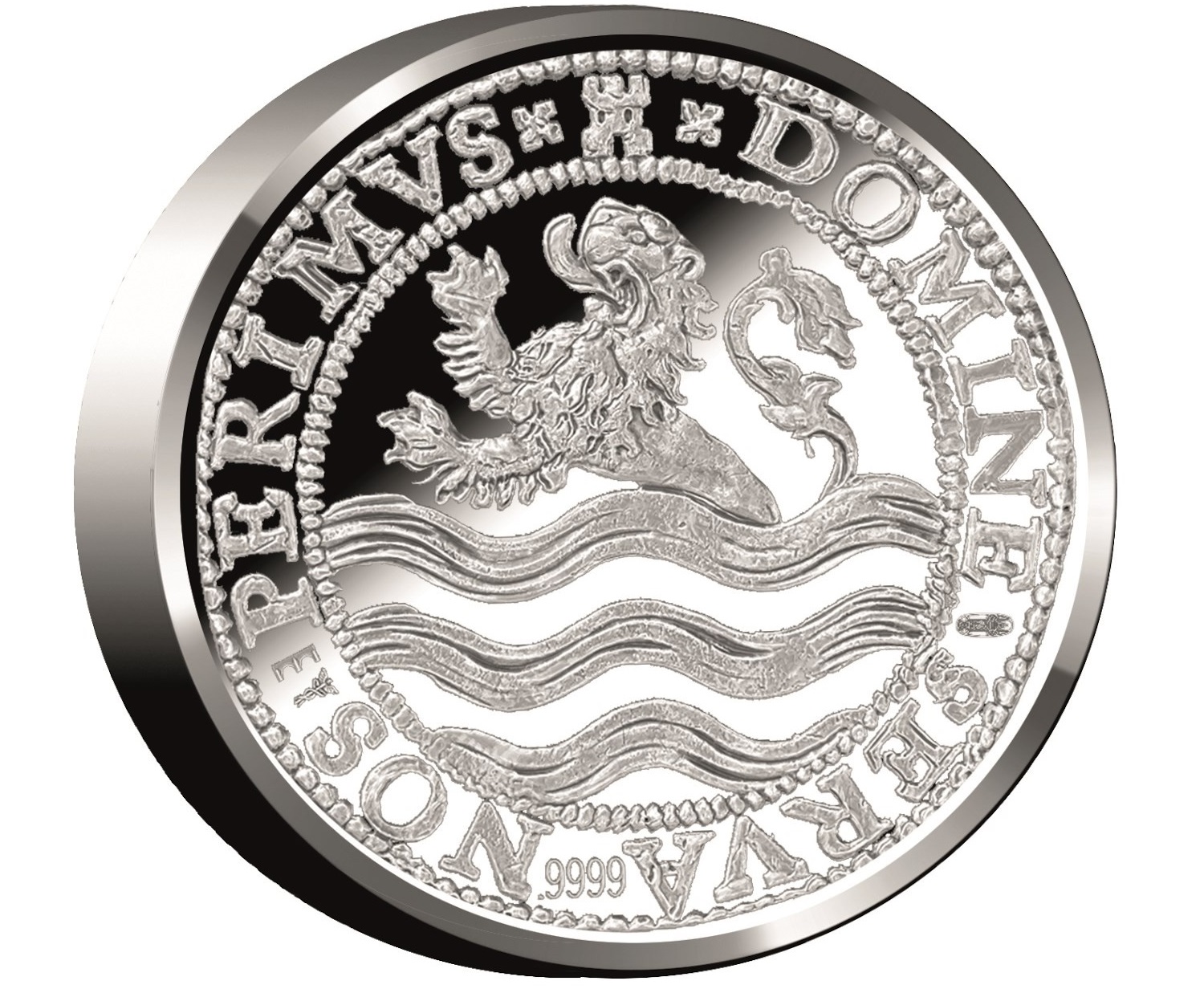 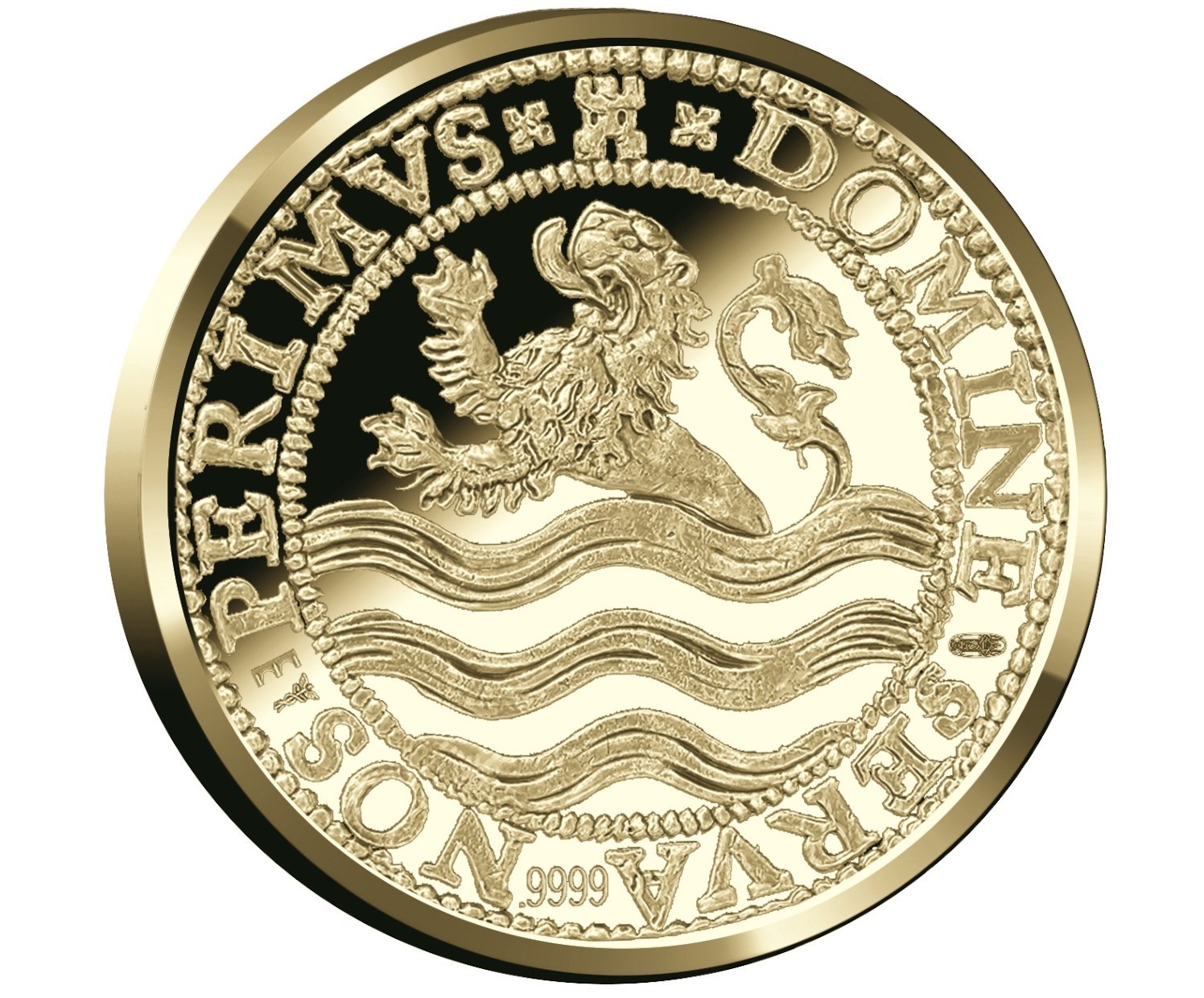 The reverse displays the same heraldic lion with waves depicted underneath in a larger size, and like the obverse design, it has two circles of beadwork around the rim enclosing a legend and the motto of the Province of Zeeland DOMINE SERVA NOS PERMIUS (“Lord, save us that we do not perish”).

The gold pieces and silver piedfort versions are minted in very low quantities. As part of the launch of this Royal Dutch Mint product, the mint will be holding a ceremonial striking of these coins during the World Money Fair event in Berlin on the 2nd February 2018. For more information on these and other coins available from the Royal Dutch Mint, please visit their website.

Taiwan: Year of the Dog greeted with new commemorative and collector coins