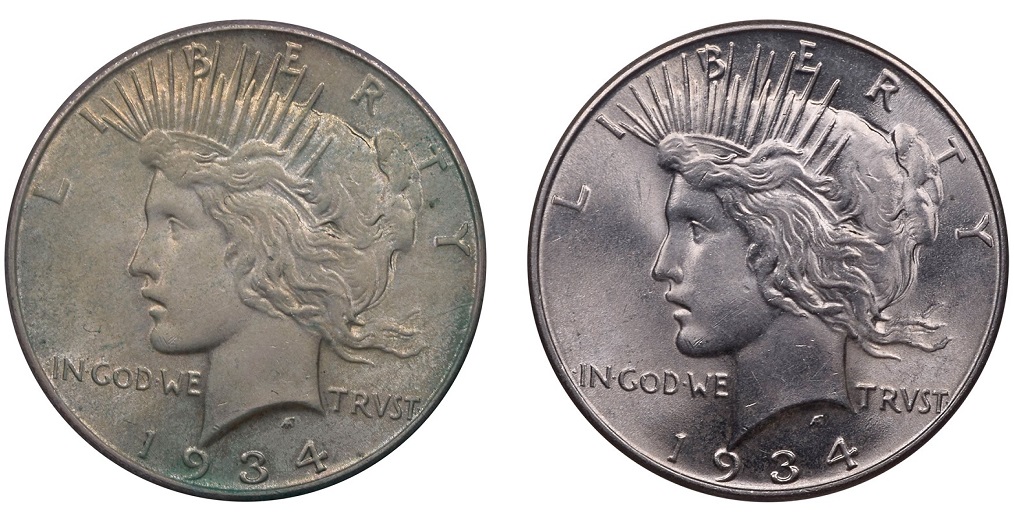 Numismatic Conservation Services (NCS) uses a variety of proprietary techniques to remove harmful surface contaminants, stabilize, and protect a coin’s surfaces and, in many cases, improve a coin’s eye appeal. After coins are conserved by NCS, they are seamlessly transferred to Numismatic Guaranty Corporation (NGC), an independent affiliate of NCS, for grading and encapsulation.

Below are a few highlights of coins that were conserved by NCS and graded by NGC recently.

Coin holders are intended to help protect the coin held within. With time, a less than ideal holder, whether it be from a lack of air-tightness or in the material makeup, will allow some versions to achieve this end better than others. After spending decades housed in a less than ideal coin holder, probably one containing the dreaded chemical PVC, this 1934 Peace dollar became covered in residues. Luckily, the conservators at NCS are able to safely remove residues decades in the making without damaging the surface metal underneath. Following successful conservation, this coin was able to grade well with NGC. 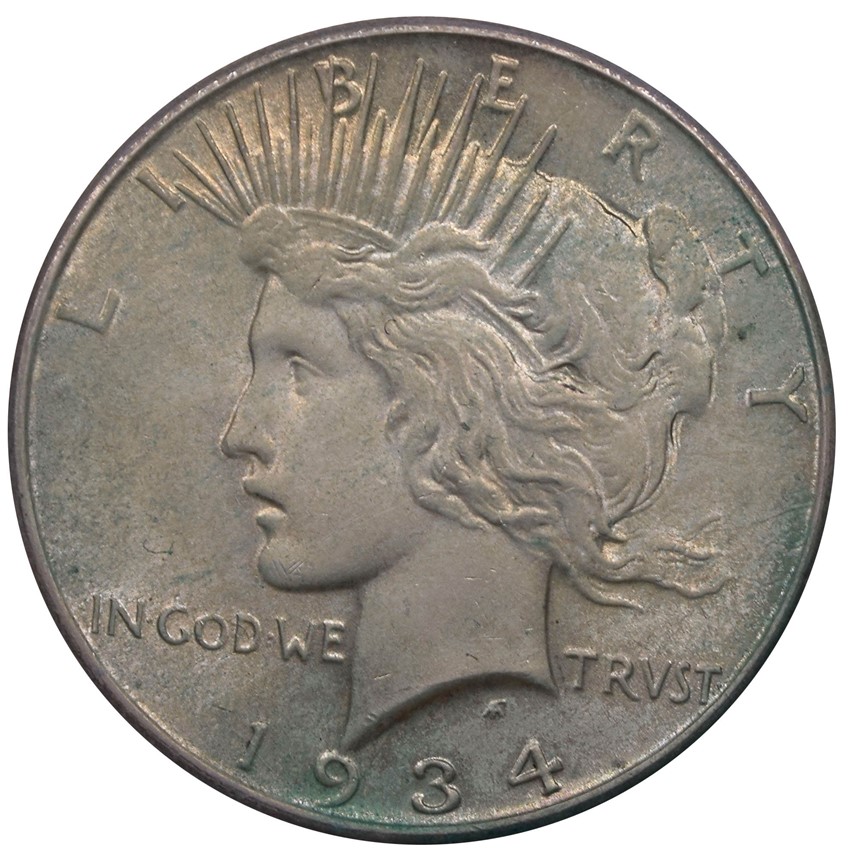 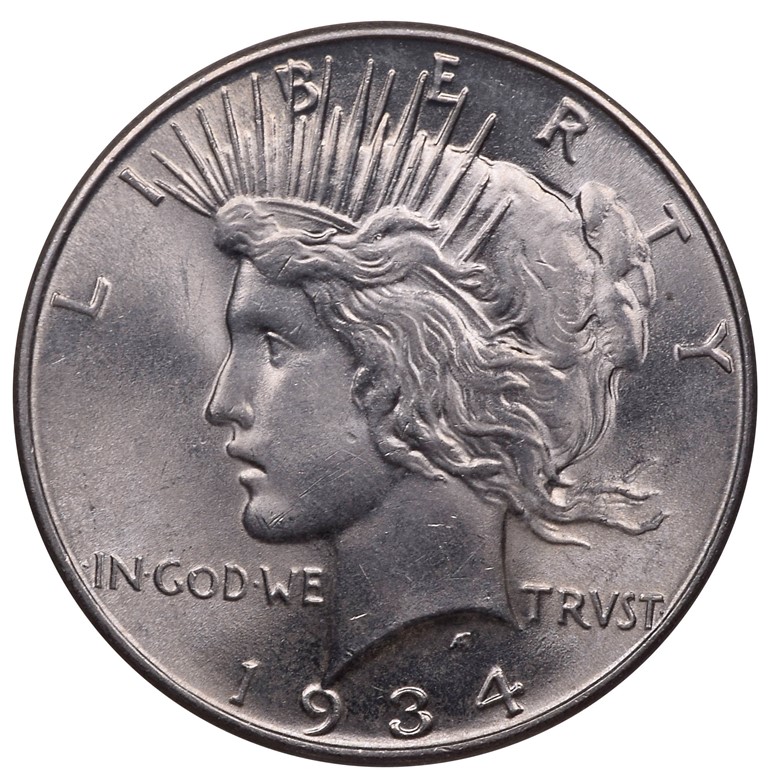 Long storage in poorer quality holders that are not air-tight frequently cause the development of ugly residues. This 1918-D Lincoln cent was recently submitted to NCS to address the sticky green residue that had formed primarily along the rim on the left side of the obverse. Green residues are frequently the result of long exposure to PVC and can be especially damaging to copper coins. The NCS conservators are well-practiced in treating coins suffering under such thick residues and can carefully remove them without damaging the coin metal beneath. For this Lincoln cent, the residue had affected the surface metal minimally only in a few tiny spots. Following careful conservation, this Lincoln cent was able to grade numerically with NGC. 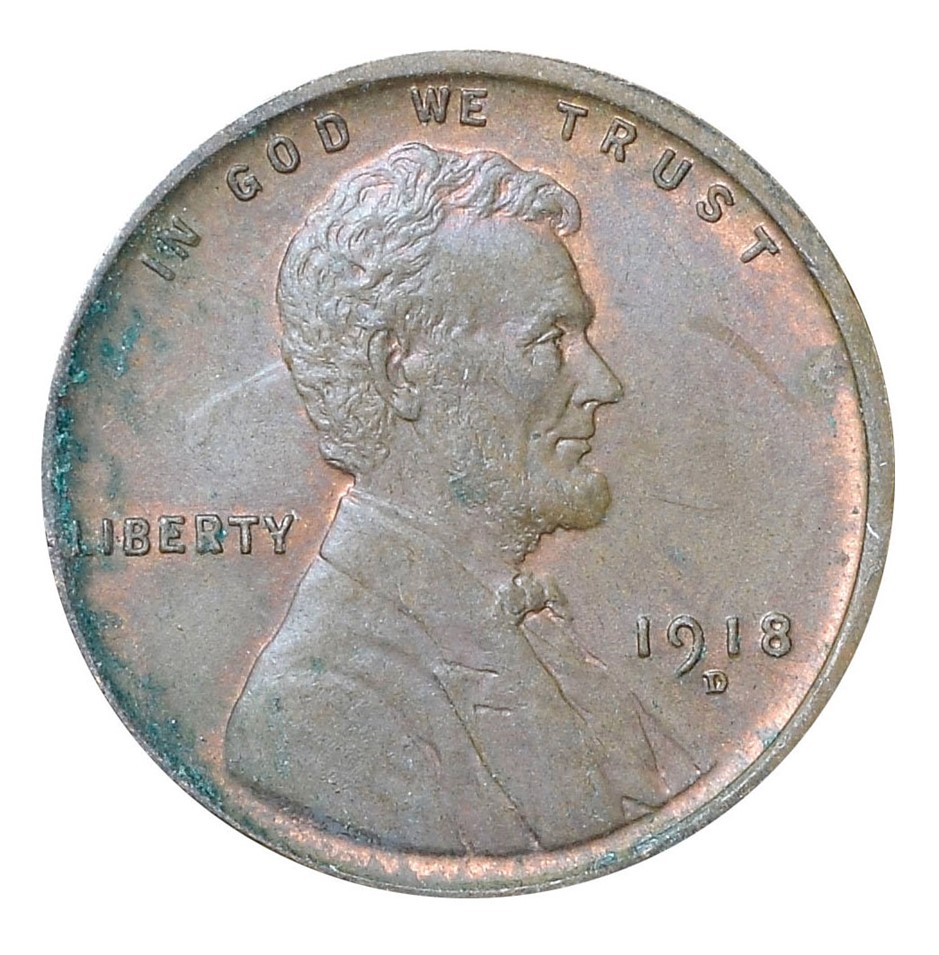 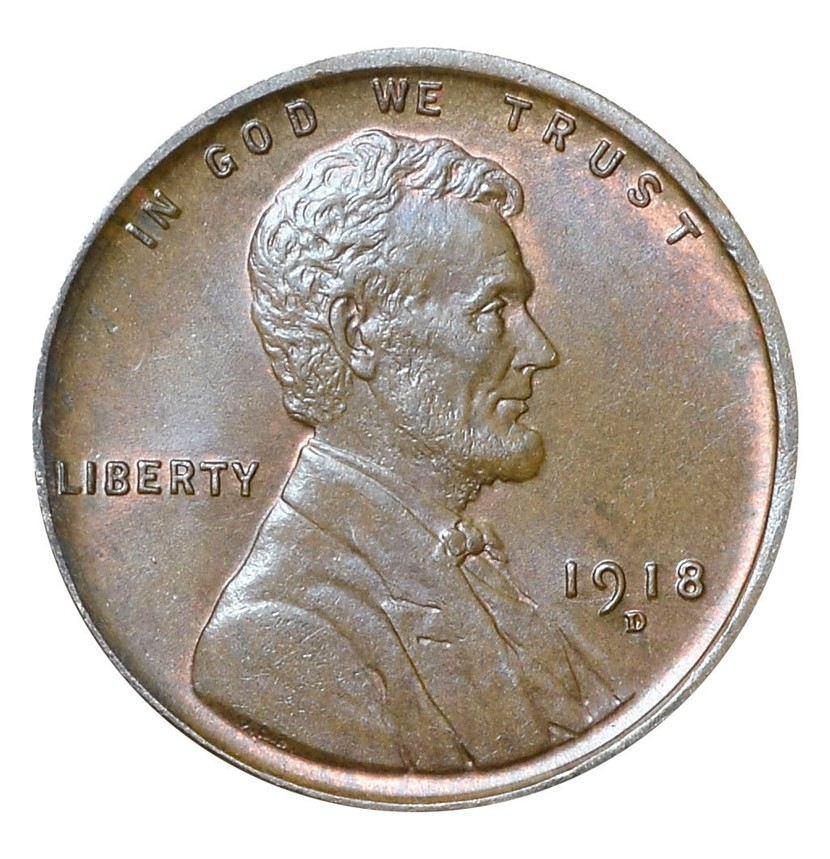 Improper storage can lead to the development of potentially damaging and unattractive residues but can also hide luster in surprising ways. This 1950 Washington quarter was recently sent to NCS because of a rather severe case of PVC residue. Residues, especially those caused by PVC, can lead to permanent damage to the original surface metal. This coin was luckily professionally conserved in time to not only safely remove the PVC residue around the periphery before any permanent damage had occurred but also the central hazing residues, leaving a brilliant lustrous Washington quarter. With careful conservation, this Washington quarter was able to grade well with NGC. 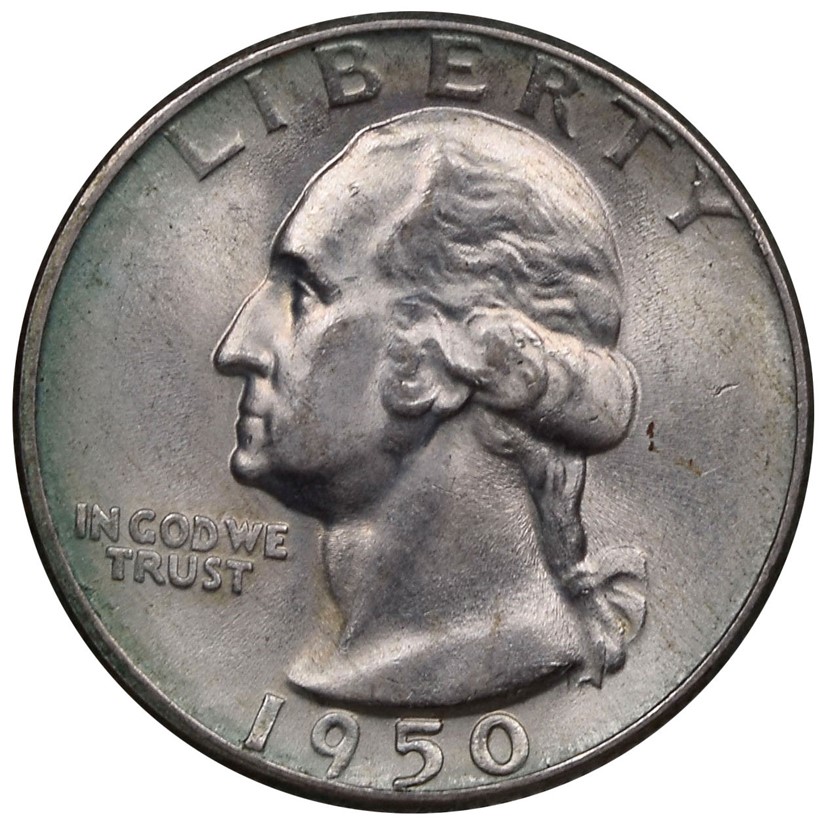 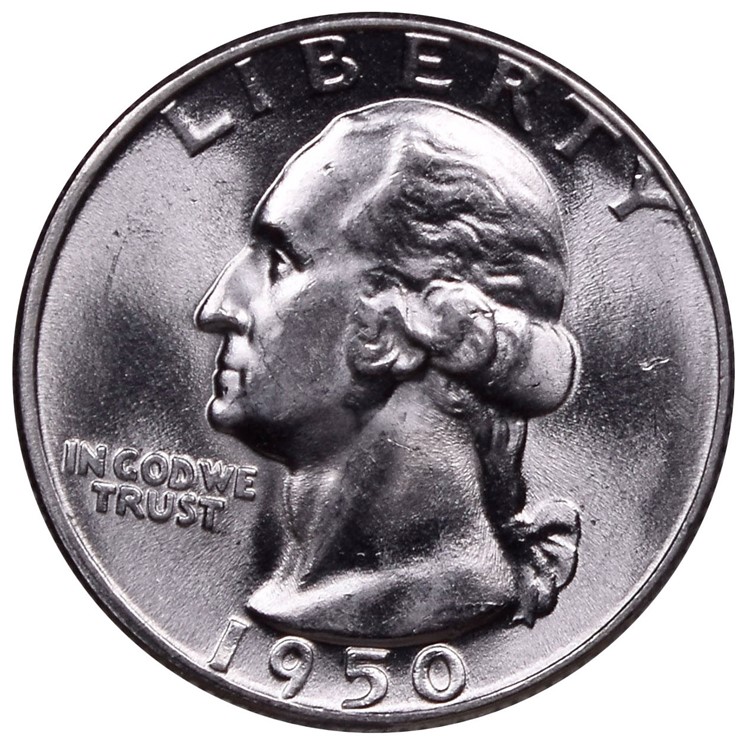 GreatCollections to auction The Yellowstone Collection of U.S. Gold Coins

Stunning NGC-certified Connecticut coppers from the Partrick Collection being sold