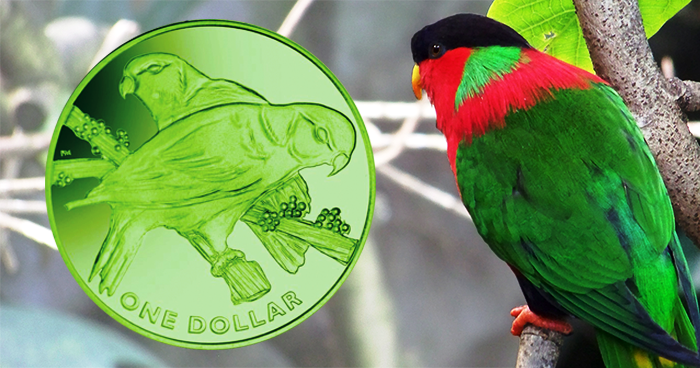 The Reserve Bank of Fiji have issued (21st August) a new coin that represents a first for the Pacific island nation—a coin struck in titanium. As this is the first time the Reserve Bank has issued such a coin, the decision to feature the country’s national bird seemed to be an appropriate choice.

The collared lory is the national bird of Fiji and is endemic to the islands, where it is commonly known as “kula.” It is the only rainforest bird to have successfully adapted to urban landscapes. The collared lory has greenish upper parts, bright scarlet chest, and a face with a purple crown. There is also a slight, but noted, sexual dimorphism within the species, meaning the males tend to be more vibrant in colour than the females. The lory is usually found in pairs or small groups and grows to around 20 centimetres (8 inches) in length, feeding on a diet of fruit seeds, nectar, and blossoms. The collared lory primarily nests in hollow trees such as coconut palms, but some have been found nesting inside rotten coconuts that are still attached to the tree. They typically have a clutch of two eggs which the parents cooperatively will incubate for approximately 30 days and will also fiercely defend against predators. 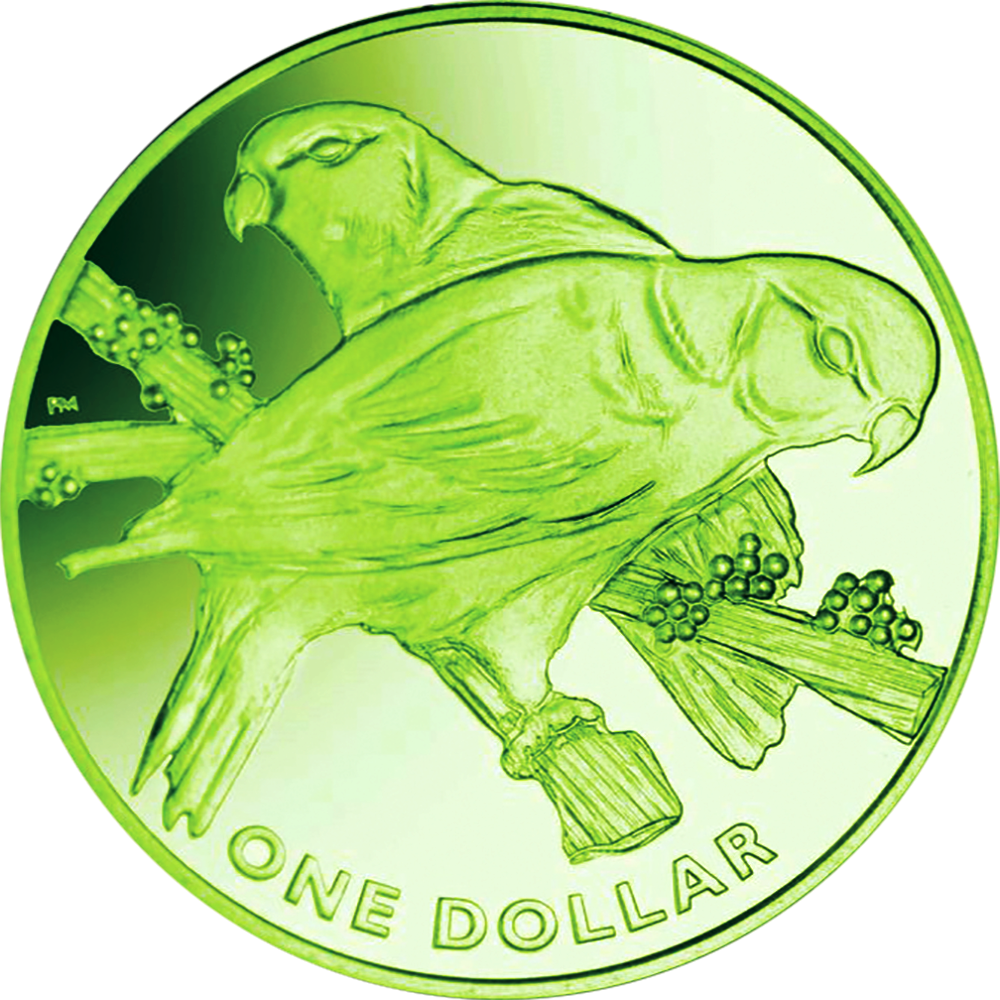 The coins, issued in both titanium and sterling silver, are produced by the Pobjoy Mint, United Kingdom, on behalf of the Reserve Bank. The obverse design features a beautiful pair of collared lories perched on tree branches. The most difficult aspect of this design was to capture and bring to life the texture of the lories’ feathers, and the end result is quite appealing. 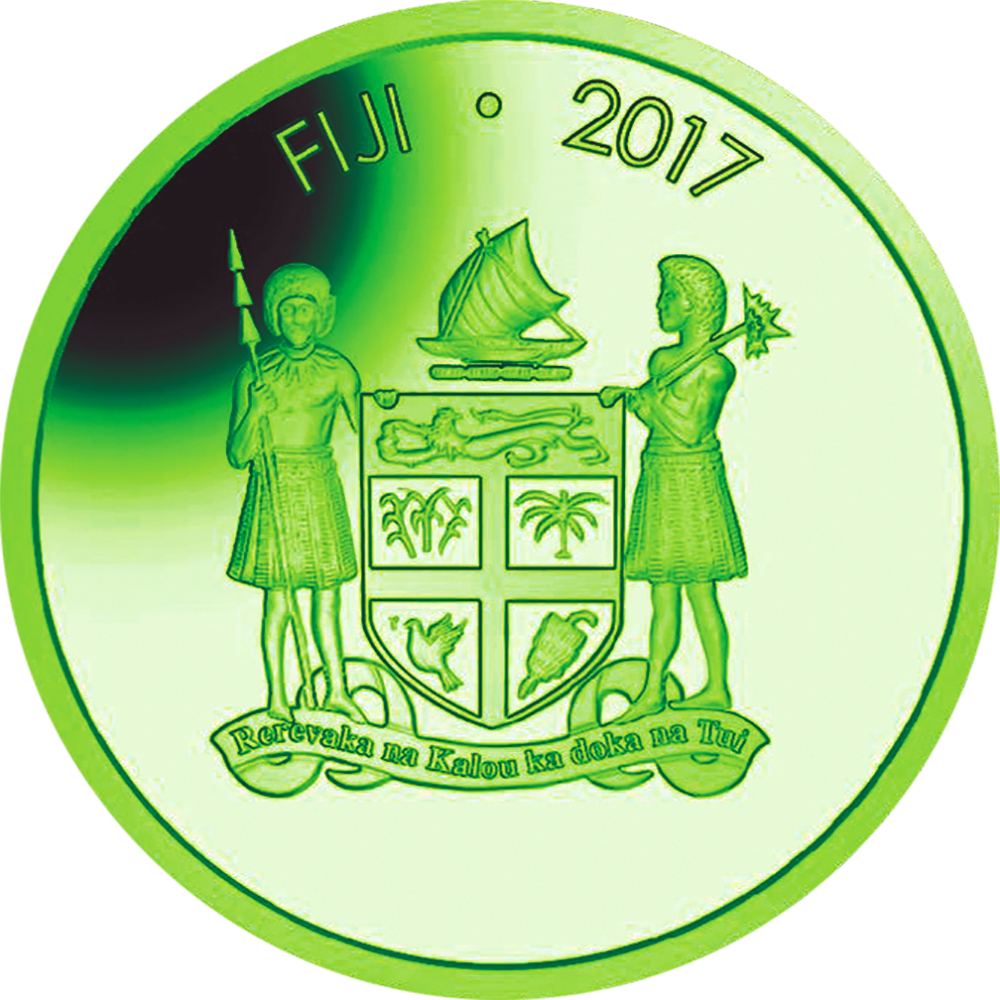 The reverse features the Fijian coat of arms—a heraldic design consisting of a shield with the cross of St. George, Fijian warriors, a canoe, and a lion.

As titanium reacts differently with every strike, each Collared Lory coin is technically different from each other and varies slightly in colour. There is also a lined effect that is present on the coins which is unique to this metal. Both the Proof sterling silver coin and the titanium coins are shipped encapsulated in an acrylic capsule for protection and housed in a custom red box with a certificate of authenticity. For additional information on these and other coins offered by the Reserve Bank of Fiji, please visit the website of the Pobjoy Mint. 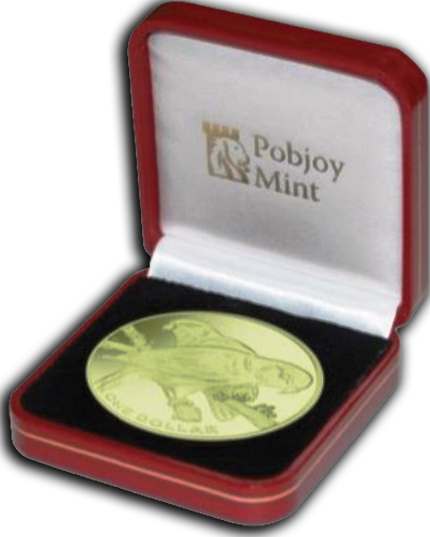