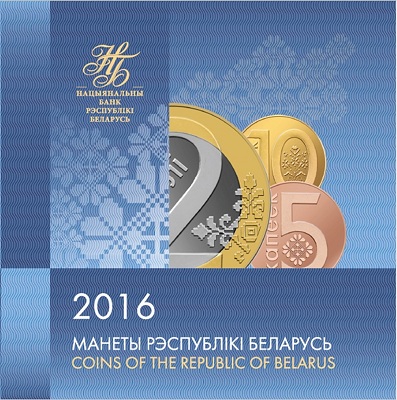 The National Bank of Belarus has announced that it will begin circulating its first-ever series of coins from July 1 of this year. The coins are meant to accompany a new series of bank notes that will see the Belorussian currency lose four zeros from the current system, which at current rates is exchanged at nearly 20,000 rubles (19,886) to one U.S. dollar. The new system will see that reduced to 1.9886, or nearly 2, new rubles to one U.S. dollar.

The coins minted for circulation will have values of 1, 2, and 5 kapeeks produced in copper-plated steel; 10-, 20-, and 50 -kapeek coins will be struck in brass-plated steel; finally, a one-ruble coin minted in nickel-plated steel will accompany a bi-metallic coin of 2 rubles.

The coins included in the first circulation set are dated 2009, as they were minted in 2008 in anticipation of this transition. Poor economic conditions arose at the time of production, however, and the coins were postponed from entering general circulation until this year. 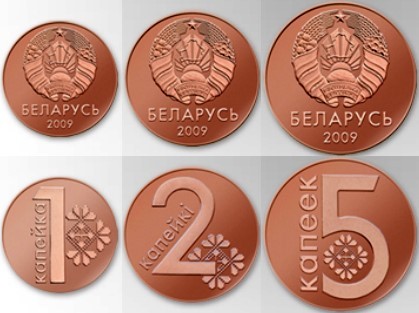 The coins, which are produced by the Lithuanian Mint and Kremnica Mint on behalf of the National Bank, are packaged in a folder that introduces the coins for 2016. The obverse of the coins bears the image of the State Coat of Arms of the Republic of Belarus, while the reverse side depicts the coins’ denominations with motif.

The National Bank will also introduce into circulation a new series of bank notes, also dated 2009, with the theme of “Belarus, my Country.” They will include designs featuring landmarks and scenery from various cities and towns in the country. The notes will include denominations of 5, 10, 20, 50, 100, 200, and 500 rubles. 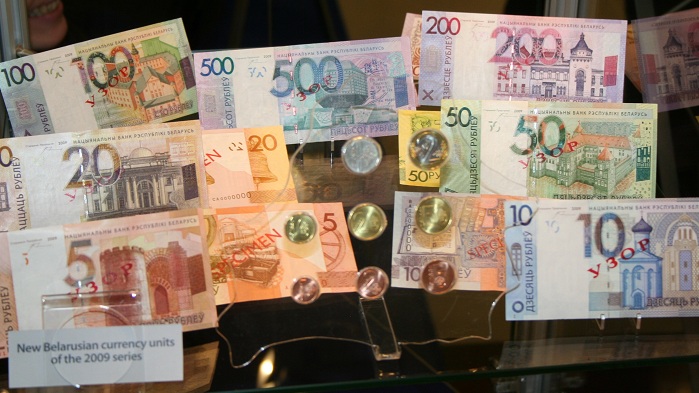 The set of bank notes and coins were unveiled at this year’s World Money Fair in Berlin in January by representatives of the National Bank. The first bank notes in Belarus were circulated in 1992 and included small values in place of coins, increasing incrementally toward large denominations. Since the introduction of the Belorussian ruble in 1992, there have been two re-valuations of the currency, the first in 2000, followed by this latest program.

The National Bank has announced that the current and new series of bank notes will circulate together until December 31, 2016; thereafter, the new system of coins and bank notes will be the only legal tender in the country.

To reserve a set of the coins, please visit the Web site of the Lithuanian Mint.