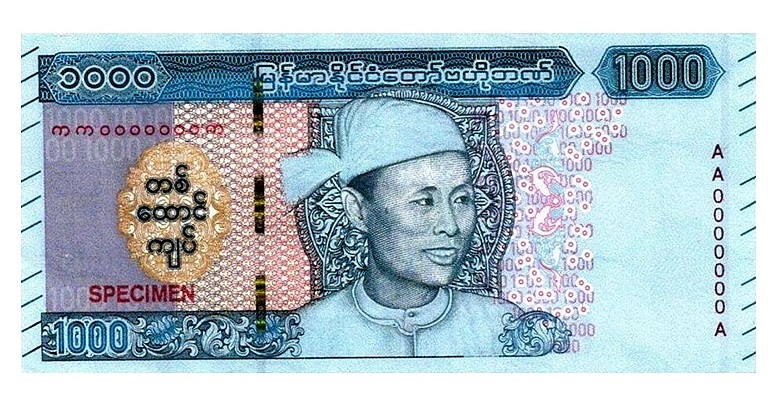 The Central Bank of Myanmar (formerly Burma) has released on the 4th January new banknotes of 1,000-kyats (U.S. $0.69) which include an image of national hero and liberator Aung San (1915–1947), who is regarded as the father of the nation, following independence from Great Britain in 1948. Though he did not live to see the formation of the Union of Burma, established on the 4th January 1948, his memory is revered as he is affectionately known by the single reference, Bogyoke (“Major General”). The Burmese people widely admire Aung San, and his name is still invoked in Burmese or Myanmari politics to this day. Before independence was achieved, he was assassinated on the 19th July 1947 by armed paramilitaries. To this day, many unanswered questions surround the circumstances of his death. Aung San was survived by his wife and four children. One of which is his youngest child, daughter Aung San Suu Kyi, who currently serves as state counsellor, the minister of foreign affairs, and leader of the National League for Democracy political party.

These new banknotes were released on this day to mark the 72nd anniversary of Myanmar’s Independence Day. Banknotes showing the father of the nation, Aung San, were first introduced in 1958, 10 years after he was assassinated. 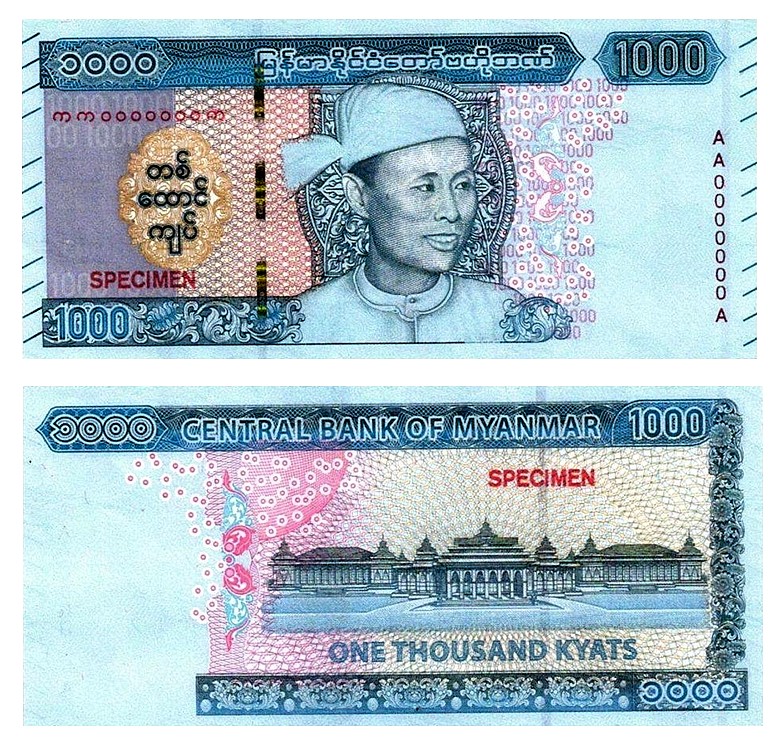 The new blue banknote includes an image of Aung San, who has not been shown on Myanmari banknotes since his likeness was removed from the last circulating banknote in 1990. The new banknotes are produced by Myanmar’s own Security Printing Works Factory and measure 150 by 70 millimetres. The predominant colour of the 1,000-kyat banknote is blue, with additional corresponding underprint and corresponding colours. At the upper part of the banknote is the text CENTRAL BANK OF MYANMAR printed in the Myanmari alphabet. On the face and positioned towards the centre are the image of Aung San and the value of the note, “1000 Kyats,” in the Myanmari language placed on the left side of the note. The numeral 1000 is also printed in the remaining three corners of the note in both western and Myanmari figures.

The back of the notes includes an image of the country’s parliament building, the Hluttaw, which is now located in Myanmar’s new capital city Nay Pyi Taw. The text CENTRAL BANK OF MYANMAR is placed above the primary design in English with additional English text ONE THOUSAND KYATS placed below the parliament’s depiction.