Recently, my job required me to travel to Amsterdam, and I thought I would take that opportunity to spend some time at the Royal Dutch Mint in Utrecht, a short train ride away. After I left the Utrecht train station, and received some directions from a nearby concierge, I found myself walking along a canal road when I spied giant replica coins embedded into the sidewalk. They were from before the adoption of the Euro, and their presence informed me I must be on the right path. 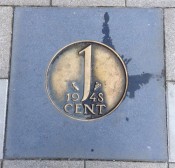 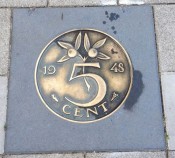 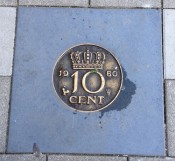 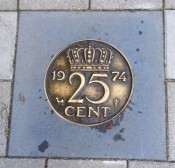 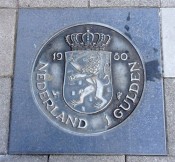 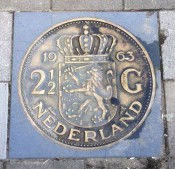 The museum had numerous areas dedicated to various aspects of monetary history. All of the explanations of what was in the display cases were in Dutch, naturally, but I could figure out most of what was being shown based on its appearance. It was very cool to see the evolution of their money over the centuries, and realizing that they recently went through a major change in the adoption of the Euro. The coin exhibit in the U.S. Smithsonian museum comes close to this, but our country does not have the same depth as the Netherlands does. 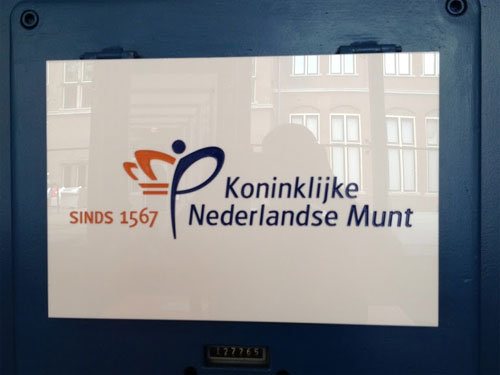 While I was walking from exhibit to exhibit, I found a family enjoying one of the interactive games in the museum: a mother and three school-age children. I watched them play for a while, then wandered off to look at another area. Later, I found myself near them again. This time, I fetched three 19th Century European coins I had brought with me, each in a labeled 2×2 holder. I got the mother’s attention, then offered the coins to her. She handed the coins to her children, and they all thanked me.

The most amazing part of the museum was an area I almost left without seeing. In Dutch, it was called “Stijlkamer”, which translated to “period room”. On the map, it was listed as a no-photography area, so I put my iPhone away and went inside. I found a room that could have been from 1913 instead of 2013.  A pair of leather inlaid desks with chairs were the only furniture, and six-foot high bookcases lined the walls, filled with numismatic reference books and publications from all over the world. The history of the coins in the exhibits almost paled by the sheer volume of history in this one room.

After I returned to Amsterdam, I began wandering the street and alleyways, just taking in the sights. Prior to my trip, I had looked online for coin shops, but I was not able to find any. I turned a corner, and lo and behold, I found a shop! Even more amazing, its name contained my last name!  This is truly the universe working as it should. 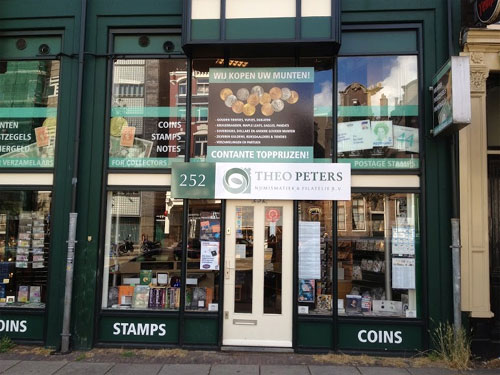 I walked in, and found the woman who owned the store writing a letter: she later explained that she did not have a computer in the shop, but did have lots of time, so she wrote letters to her sister while she waited for customers. I spent some time just taking in all the items for sale: gold coins from all over the world, stacks of Euro mint sets from each country in the Union, and various silver coins. I searched through the “junk silver” box, and found a couple of small coins I found interesting: they were sold by the gram. Also, there was a small box of “American dollars” I looked at: mostly Morgan and Peace dollars, with an American Silver Eagle mixed in. I sorted through all of them until I found an 1884-O that looked so much better than any of the others. 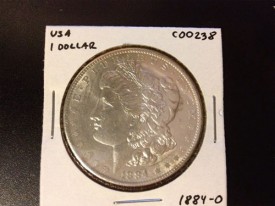 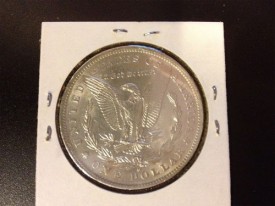 I had a wonderful time during my visit to Amsterdam overall, but the coin-related excursions were the best.