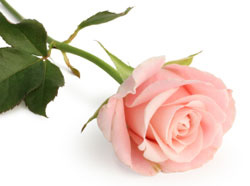 On May 8, 2014 Senators Jay Rockefeller and Joe Manchin of West Virginia introduced a bill which would require the Secretary of the Treasury to mint coins in commemoration of centennial of the establishment of Mother’s Day.

Anna Jarvis is considered to be the founder of the modern Mother’s Day. The first official celebration took place May 10, 1908 at Andrew’s Methodist Episcopal Church in Grafton, West Virginia on the third anniversary of her mother’s passing. In 1910, the holiday was officially declared by the State of West Virginia. In 1914, the Sixty-Third Congress approved H. J. Res. 263 designating the second Sunday in May as Mother’s Day. President Woodrow Wilson issued a Presidential Proclamation the following day directing government officials to display the American flag on all government buildings and inviting the American people to display the flag at their homes on the second Sunday of May as a public expression of the love and reverence for the mothers of our Nation.

Senator Rockefeller said, “The importance of a mother’s warmth and guidance in the life of a child cannot be overstated. And while their patience and love should be honored every day, Mother’s Day is a special observation of a mother’s unique successes and strengths. West Virginia played a special role in creating Mother’s Day as a way to recognize mothers everywhere. A century later, we have the opportunity to again honor our mothers in such a tremendous way by doing something that can benefit the health of women and their children. This commemorative coin would do that by raising money that will benefit organizations that advance critical medical research into health issues that impact women – like our own mothers and grandmothers – and into life threatening diseases common among children.”

The bill S. 2310 would require the Secretary of the Treasury to mint and issue not more than 400,000 silver dollars emblematic of the celebration of Mother’s Day. Required inscriptions include the value of the coin, the year “2018”, and the words “Liberty”, “In God We Trust”, and “E Pluribus Unum”. The design would be selected by the Secretary following consultation with the Commission of Fine Arts and review by the Citizens Coinage Advisory Committee.

The coins would be struck in 90% silver and 10% copper with a weight of 26.73 grams and diameter of 1.500 inches. Proof and uncirculated qualities would be minted. The Secretary may issue the coins beginning on January 1, 2018, with an allowance for the Secretary to initiate sales before this date. No coins shall be minted after December 31, 2018.

Under the authorizing legislation, the sales price of each commemorative coin would include a surcharge of $10. The surcharges would be distributable 50% to the St. Jude Children’s Research Hospital for the purpose of furthering research funded by the hospital and 50% to the National Osteoporosis Foundation for the purposes of furthering research activities and research funded by the foundation.

The bill S. 2310 has been referred to the Senate Committee on Banking, Housing, and Urban Affairs. In order to become law, it must be passed by the Senate and House of Representatives, then signed by the President.