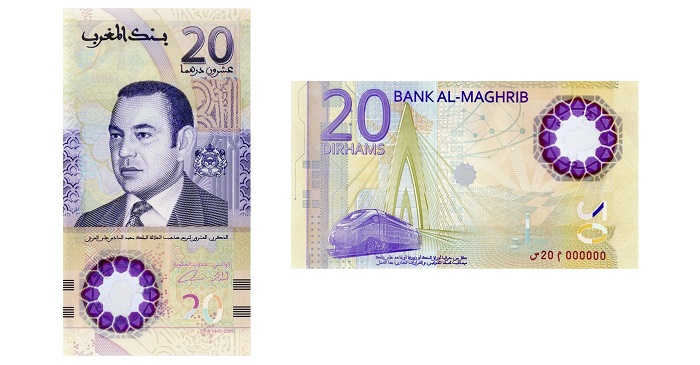 The Bank Al-Maghrib announced (21st August) the release of commemorative banknotes of 20 dirhams that celebrate the 20th anniversary of the accession of HM King Mohammed VI in 1999. After a rule of 38 years, King Hassan II, father of the current king, died at the age of 70. Upon the death of King Hassan, his eldest son Crown Prince Mohammed, 36 years old at the time, was declared as king of Morocco on the same day. His enthronement was held one week later on the 30th July 1999 in the city of Rabat, the capital and seat of government. Since then, the country has celebrated an annual holiday, Throne Day, on the 31st July.

The banknote, which is produced on a polymer substrate, is the first time the bank will issue this type of banknote. The notes are produced by the entity Dar As-Sikkah, which is responsible for producing the Moroccan banknotes and coins on behalf of the Central Bank. 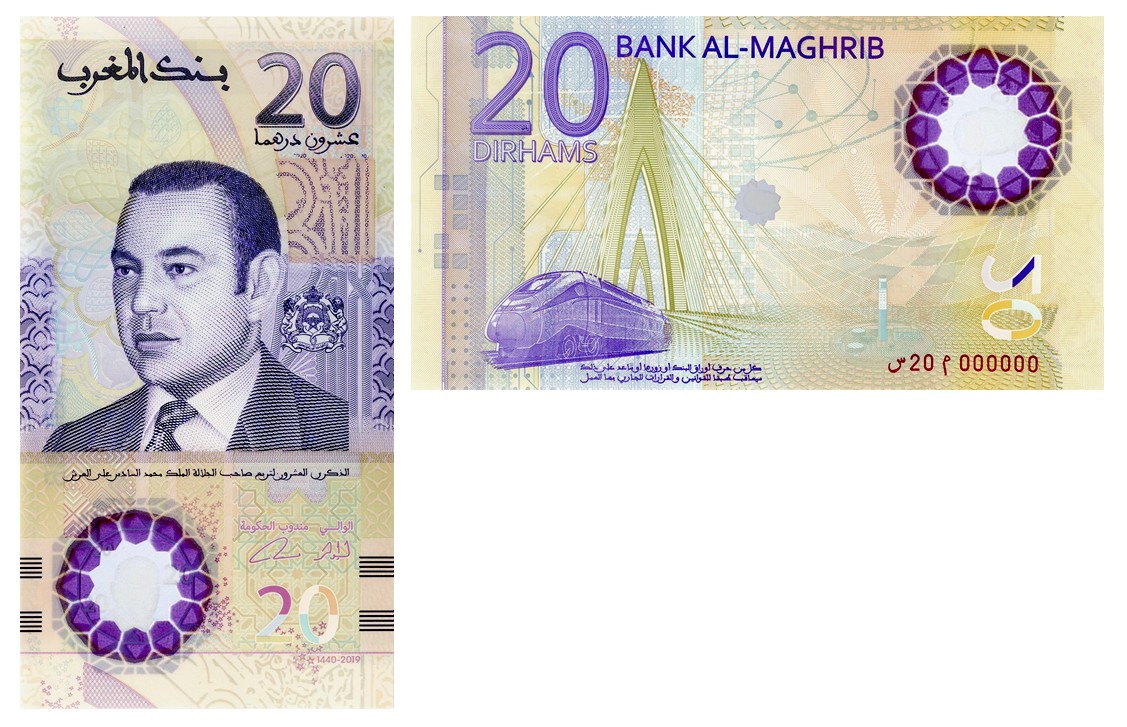 The predominantly purple-coloured banknote includes a vertically-designed format seen on the face and measures 130 by 70 millimetres. Depicted is a prominent and centred portrait of HM King Mohammed, with the royal crest placed next to his image towards the right. Under his portrait is a commemorative inscription written in Arabic which reads “20th anniversary of the enthronement of His Majesty King Mohammed VI.”

The back includes images of several infrastructure and national projects completed while Mohammed VI has been king. Highlighted are images of the Mohammed VI bridge, the country’s solar power plant Noor II in Ouarzazate, the Mohammed VI satellite, and the high-speed train, Al-Boraq, which is the African continent’s first and thus-far only high-speed rail transport system.

Security features include microtext and anti-scan patterns that have been incorporated on several areas of the note. The banknote is also easily identifiable by tactile bars placed on the edges and included to aid visually impaired persons.  An engraved, printed process was also used, resulting in relief which is perceptible to the touch.

The Bank Al-Maghrib has announced that the banknotes will be officially released next month in September. For additional information about this new commemorative banknote, as well as for the coins and current series of banknotes presently in circulation, please visit the website of the Bank Al-Maghrib.