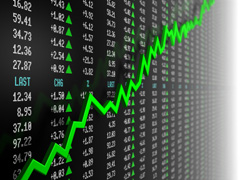 Over time, I have explained how various activities in the gold and silver markets are not the signs of normal free market trading.  Invariably, these abnormal trading tactics result in suppressing gold and silver prices.

For instance, a multi-year analysis released by Adrian Douglas last year showed that, even though the price of gold had quadrupled over the past decade, its prices from the London AM to PM fixes on the same day were consistently lower.  The chances of such a consistent pattern for ten years are extremely remote (as in a 1 in 2.6 times 10 to the 32nd power chance of occurring at random).

The tactics over the past few months have been blatant and obvious.  For instance, it is pretty consistent that gold and silver prices are knocked down when the London markets open at 3 AM Eastern in the US, between the London AM and PM fixes, and about a half hour after the US COMEX markets close.  Professional traders seeking to sell for the maximum price would see this pattern and avoid selling at those times.  So, the conclusion is that the sellers at those times have a purpose other than commercial trading.

The US government has about twenty trading partners to execute its financial operations.  These include many of the largest banks and brokerages around the world.  As long as these companies follow directions from the US government, they will continue to be allowed to earn substantial fees from executing these trades.

The price of gold effectively serves as a report card on the US dollar, the US government, and the US economy.  If the US dollar were to fall relative to gold, meaning that the price of gold in US dollars rises, that would indicate a lack of confidence in the future value of the dollar.  To offset the heightened risk of a further decline in the dollar, creditors would demand a higher interest rate on US government debt.  Therefore, the US government has a huge incentive to hold down gold and silver prices.

However, suppression of gold and silver prices is not sufficient to meet the overall goal of supporting the value of the US dollar.  There are at least two other key market indicators that also need to be managed (i.e. manipulated).

US dollar weakness would be evident if the interest rates on US government debt were to rise.  Although the interest rate on 10-year US Treasury debt has increased about 15% since October, there is an obvious effort to keep the rate from going higher than 3.5%.  The Federal Reserve steps in to purchase enough 10-year Treasury debt as part of the current round of quantitative easing to hold down this key indicator.

Further, investors need to be lulled into complacency so that they don’t pull their funds out of paper assets denominated in US dollars like stocks and bonds and maybe use the proceeds to buy other assets like gold and silver.  To accomplish this end, it is necessary both to make gold and silver look less attractive by holding down their prices and to prop up US stock market prices so that investors will maintain such investments.

This seems to be happening.  Over a year ago, one of the “experts” on a cable financial news show was challenged to find out who was buying US stocks that seemed to be invariably rising in prices day by day, without regard as to whether there was poor financial news, no news, or good news.

For a year this so-called expert tried to identify just who was purchasing, for instance, the stocks in the Dow Jones Industrial Average.  He found that private investors in the US were either mostly avoiding stocks altogether or else were usually purchasing foreign stocks!  He also came to suspect that the major brokerages were misusing their super fast computers to bump up prices.  In the split second of time after another brokerage enters a buy order for a stock, these ultra fast computers can automatically detect that order, arrange to buy the stock before the original order is filled, then sell the stock to the original purchaser at a price that was at least a few cents higher to the buyer than if the computer had never intervened.  Compound this activity by thousands of trades per second all day long every day and you can understand how these brokerages have increased their reported profits despite lower volume from private investors.  A side benefit to the US government is that this activity also tends to drive stock prices higher no matter what the state of the economy.

The US government and its trading partners will admit to intervening in almost every market except for gold and silver.  It does not make sense that so much manipulation would occur but somehow the line is drawn against tampering with prices of those two metals.  As the American public gradually becomes aware of just how artificial the US financial market prices are, I expect more investors will leave those markets and increase demand for physical gold and silver.  I’m not sure exactly how long it will take, but I expect far higher precious metals prices than we see today.