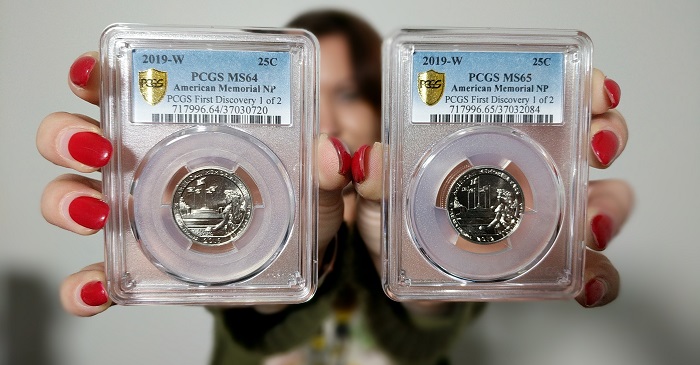 April 18, 2019 — Three lucky Florida residents, one in New Smyrna Beach and a husband and wife in Orlando, are the latest winners in the Professional Coin Grading Service (PCGS) Quarter Quest to discover specific West Point Mint quarter dollars and be the first to submit them to PCGS for authentication and grading.

“They were the first to send in examples of the just-released 2019-W Northern Mariana Islands’ American Memorial Park quarters. That’s the latest design in the United States Mint’s America the Beautiful series, and only the second circulating quarter series to ever have a ‘W’ mint mark,” explained PCGS President Brett Charville. 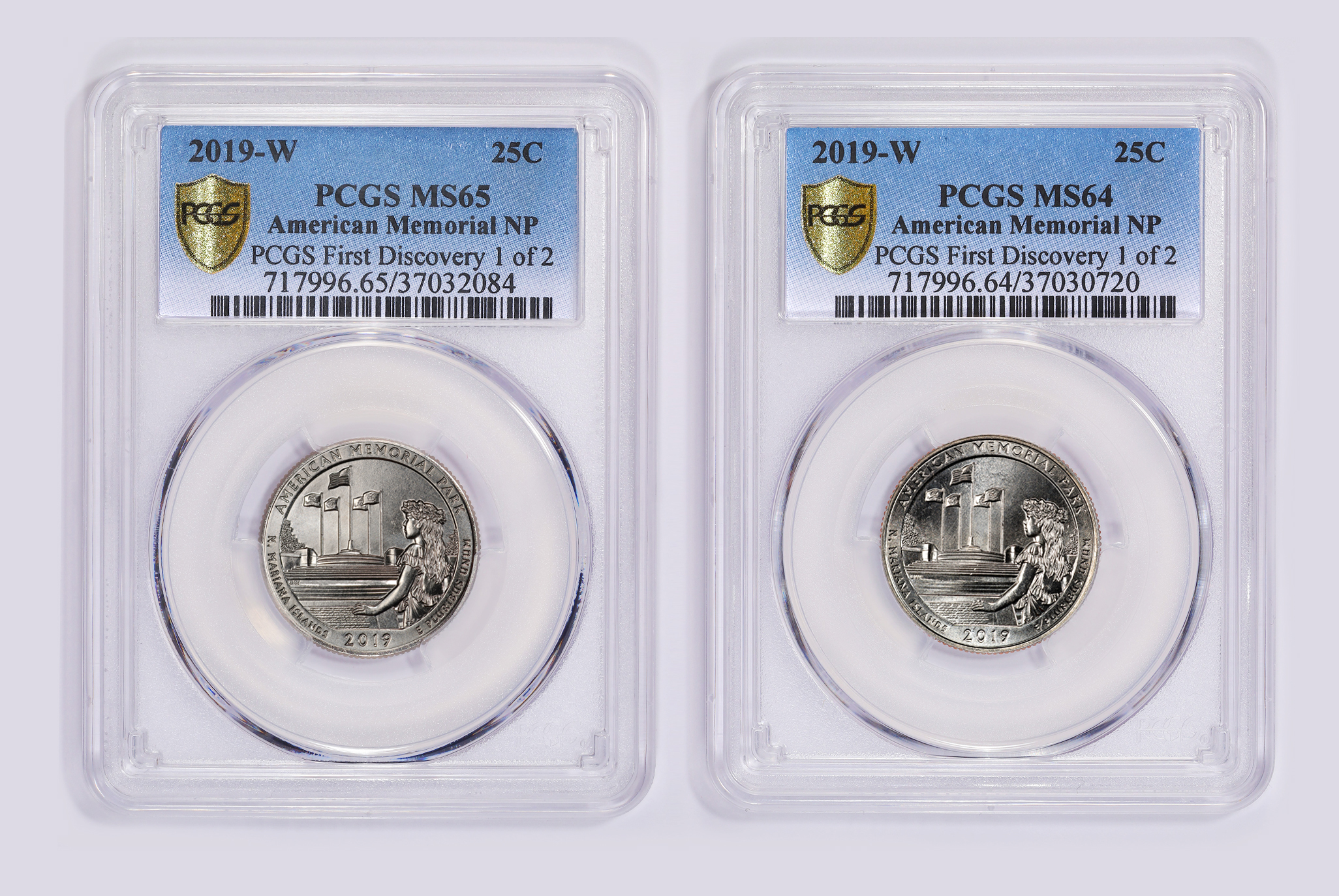 The encapsulated Mariana coins now are being returned to the submitters with special inserts for each that indicate a pedigree of “PCGS First Discovery 1 of 2.”

“We offered a $2,000 bounty for the first Mariana coin, and the almost simultaneous submitters have agreed to split the reward: $1,000 to the Port Orange submitter and another $1,000 to the Orlando couple,” said PCGS Director of Marketing Heather Boyd.

“When PCGS announced their bounty on social media I decided to look through some bank rolls. I did not realize the Marianas were even out. I was not expecting to see the ‘W’ on a non-Lowell (National Historical Park) quarter,” he said.

Kevin and Sheila are variety hunters who began searching through coin rolls a year ago as a retirement hobby. They, too, learned about the PCGS Quarter Quest through social media and the PCGS website, and also purchased a box of quarters from a local Wells Fargo bank.

“It has been a wonderful and exciting hunt!” exclaimed Kevin. “We just got another box of quarters and I can’t wait!”

PCGS earlier paid $2,500 each to the first two submitters of 2019-W Lowell quarters after the two collectors cordially agreed to split the $5,000 PCGS reward when their submissions arrived at almost the same time.

There are still excellent opportunities for collectors nationwide to participate in the “W” mint mark excitement.

“We’re continuing to offer $2,000 for the first qualifying 2019-W Guam War in the Pacific National Historical Park quarter to be certified and encapsulated by PCGS, and we are excited to announce bounties on the other two America the Beautiful West Point quarters as their anticipated release dates approach,” said Boyd.

Any qualifying 2019 West Point mint mark quarters received within the first seven days after the PCGS First Discovery for each design has been confirmed will automatically receive the First Week of Discovery pedigree.

The qualifying coins submitted after those seven days and within 45 days of the PCGS First Discovery will automatically receive an Early Find pedigree. Also, there are opportunities for bonus points for “W” mint mark quarters featuring these special pedigrees listed in the PCGS Set Registry.

PCGS has created an information page for the promotion where coin hunters can check on updated bounties, see if a PCGS First Discovery has been graded and authenticated, and review the terms and conditions for the promotion.