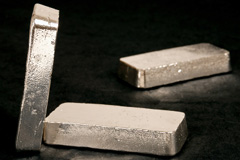 There are several developments that emphasize the tightness of physical silver supplies.

Last Friday, the 12-month silver lease rate hit its highest level since August 2009.  When someone is scrounging for physical silver and having difficulty finding it, one option is to lease it.  The more that people seek to lease, the higher the interest rate goes.  That also confirms a supply squeeze.

In the COMEX’s latest weekly Commitment of Traders report, the commercial traders sharply expanded their short positions.  Commercial traders generally are the companies who are the trading partners of the US government and a few allies.

In the latest report, commercial traders added 816 long 5,000-ounce contracts (4.08 million ounces).  However, that was dwarfed by the increase of 5,500 short contracts (27.5 million ounces).  I am confident that virtually all of this short-selling represents naked shorts of physical silver.  The sellers may have purchased derivatives to theoretically offset their position, but these derivatives are only as good as the counterparties’ abilities to make good in a market crisis.

JPMorgan Chase has been trying to scare mining companies into selling future production of silver (and also gold) as a way to temporarily increase the supplies of metal on the market.  This is an old price suppression tactic.  Well, the tactic has worked again, with JPMorgan Chase implying that the metals’ prices have peaked and will be lower in the future.  On January 11, Minera Frisco announced that it had presold 70 million ounces of silver that it expects to produce between now and 2013.  While this tactic may hold down silver prices right now by temporarily increasing supply, it will have the opposite effect of decreasing future supplies when the silver is delivered to fulfill these contracts rather than being sold in the current market.

PIMCO, the world’s largest bond investment management company, is dumping US government debt.  The PIMCO Total Return Fund last fall had one-third of its assets held in US government-related debt.  A month ago, only 22% of this fund’s assets were of US government-related debt.  Now that percentage is down to 12%!  If the world’s largest bond investment management company has lost faith in the US dollar and the related government debt, what are other safe places where investors can place their funds?  Gold and silver are almost certain to benefit from some of this shift.

The big run up in the price of silver that I expect by the end of March may already be underway.  I also anticipate that physical supplies will continue to tighten.  If you are waiting for the right time to acquire physical silver (and gold), I urge you to do so sooner than later.