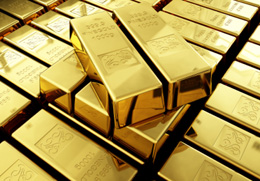 It is an open secret that the gold reserves that central banks report to the International Monetary Fund (IMF) do not necessarily represent actual physical gold owned by and stored in the vaults of the respective central banks.

This highly irregular manner of reporting gold reserves makes it possible for central banks to surreptitiously sneak physical gold onto the market that does not come from any apparent source.  This makes it possible to suppress the price of gold by creating the appearance that supplies are more plentiful than they really are.

Roughly two years ago, the IMF acknowledged the problems that could be caused by such double counting and began to allow (but did not require) central banks to report on separate lines the components of the alleged gold reserves.

The impetus for this change started a few years earlier when Russian president Putin disclosed that Russia only had about 124 tons of gold physically located in its central bank’s vault compared to the 500 tons reported to the IMF as Russian gold reserves.

Within the past week, there have been two new disclosures that central banks simply do not have possession of all the gold reserves that they are reporting.

The Belgian central bank Vice Governor Francoise Masai told shareholders that about 41% of the bank’s 216 tons of gold reserves were out on loan as of the end of 2010.

Also yesterday, US Rep Ron Paul (R-TX), the chair of the House Subcommittee on Domestic Monetary Policy and Technology held a hearing on HR 1495, the Gold Reserve Transparency Act.  As part of his opening statement, Paul said, “We would greatly benefit from a full, accurate inventory, audit, and assay, with detailed explanations of who owns the gold and who is responsible for ownership, custody, and auditing.  While the Mint and the inspector general trust the accuracy of the audits performed between 1975 and 1986, this still means that at least two-thirds of the gold reserves were last audited over a quarter century ago.  Surely a full audit every 25 years is not too much to ask.”

The two witnesses at this hearing were Eric M. Thorson, the Inspector General of the Treasury Department and Gary T. Engel, the Director of Financial Management and Assurance for the US Government Accountability Office.

When Thorson was questioned as to whether any of the US gold was encumbered, he initially stated, “I am not aware of anything.”  He was further asked if the gold that the US pledged to the IMF was encumbered gold that was also counted as part of US reserves.  Finally, he was questioned that if the US gold was pledged to the IMF was not in US vaults, where was it located.

In reply, Thorson did not answer these questions.  He did state, “We do not audit the IMF,” and, “We’ve been assured that none of it [US gold reserves] is encumbered.”  Thorson then added that he would have to research the questions before providing a definitive answer.

Overall, the information presented at this subcommittee hearing was only hearsay rather the documented facts.  The fact that the witnesses were not able to present credible evidence that the US government has custody and title to all of its reported gold reserves will almost certainly harm the strength of the US dollar in coming months.

A webcast of yesterday’s hearing is available at:  http://financialservices.house.gov/Calendar/EventSingle.aspx?EventID=247243

Altogether, central banks and official organizations such as the IMF report that they own about 30,000 tons (almost 1 billion ounces) of gold reserves.  If each entity accurately broke down their holdings into what was in their vaults and what is not, even the most optimistic analysts project that at least 15% of reported gold reserves would be gone.  There are some, such as Frank Veneroso, who consider that it is quite possible that as much as 50% of reported gold reserves might be gone and not recoverable.

If the US government really did have custody and title of all the gold reserves it is reporting, proving this information publicly would significantly add to the value of the US dollar.  Government officials know this.  Their lack of willingness to document this information makes it easy to fear that the US government, the economy, and the dollar are even shakier than most people perceive.  To better protect yourself should the truth turn out to be anything less than what the US government claims about its gold reserves, I suggest that you maintain your own personal holdings of physical gold and silver.