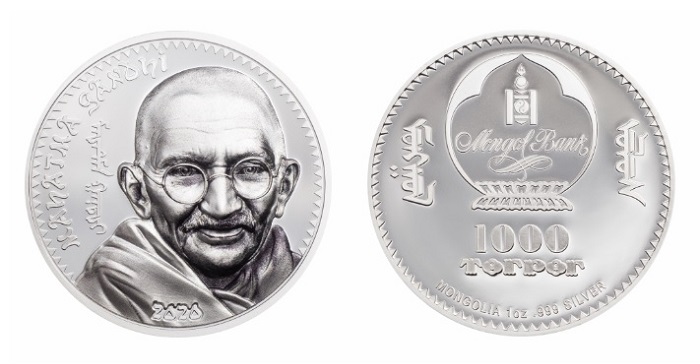 The Bank of Mongolia has released their latest gold and silver Proof coins which are part of their ongoing numismatic series entitled “Revolutionaries” featuring political figures who impacted, for better or worse, the world around them and further afield. The series was first begun in 2014 with the issue of gold and silver versions. The series became an annual release since 2016 and has been launched at World Money Fair in Berlin. 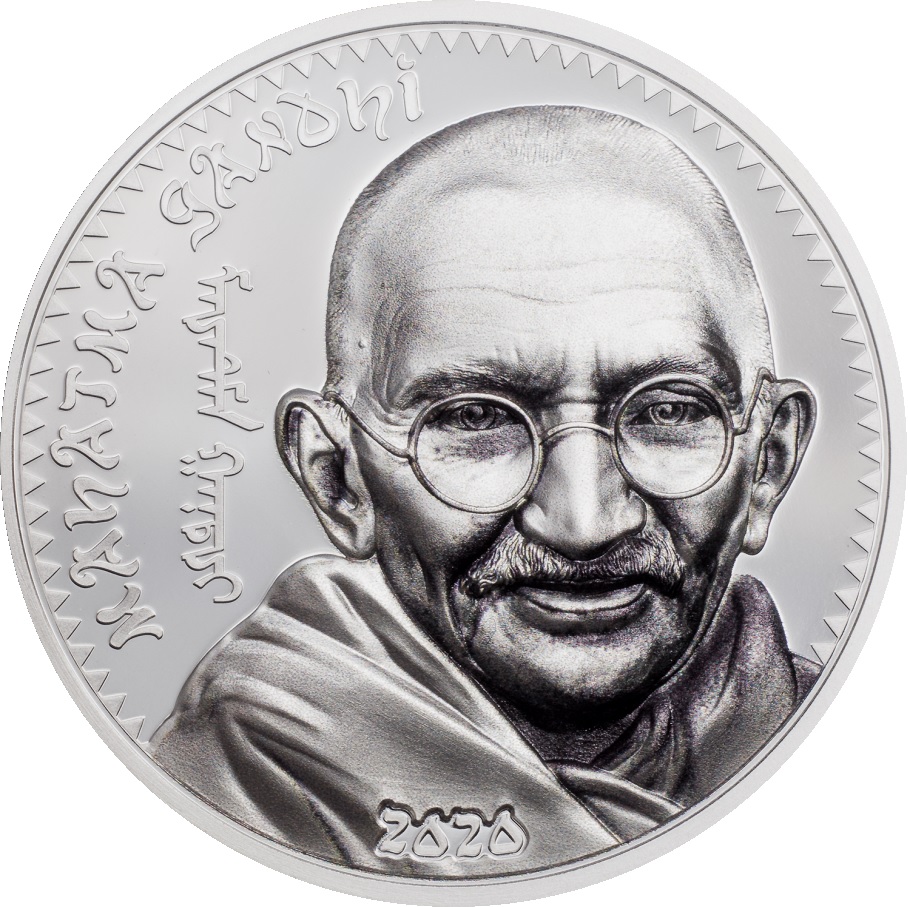 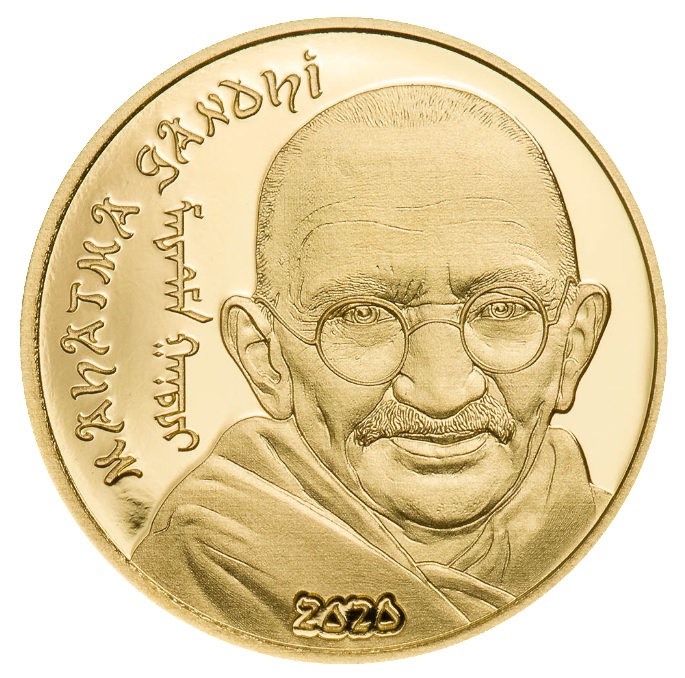 The coins are produced by CIT, Coin Invest Trust at their offices in Vaduz, Liechtenstein, on behalf of the Bank of Mongolia. The chosen image used on the obverse side is that of a front-facing portrait of Gandhi from his last years. He is shown wearing traditional Indian clothing, a khadi kurta. The wearing of the khadi was itself a non-violent, though painful, protest for Britain since Gandhi encouraged his followers to make their own clothes from domestically grown cotton rather than buying English cotton-made and manufactured products. 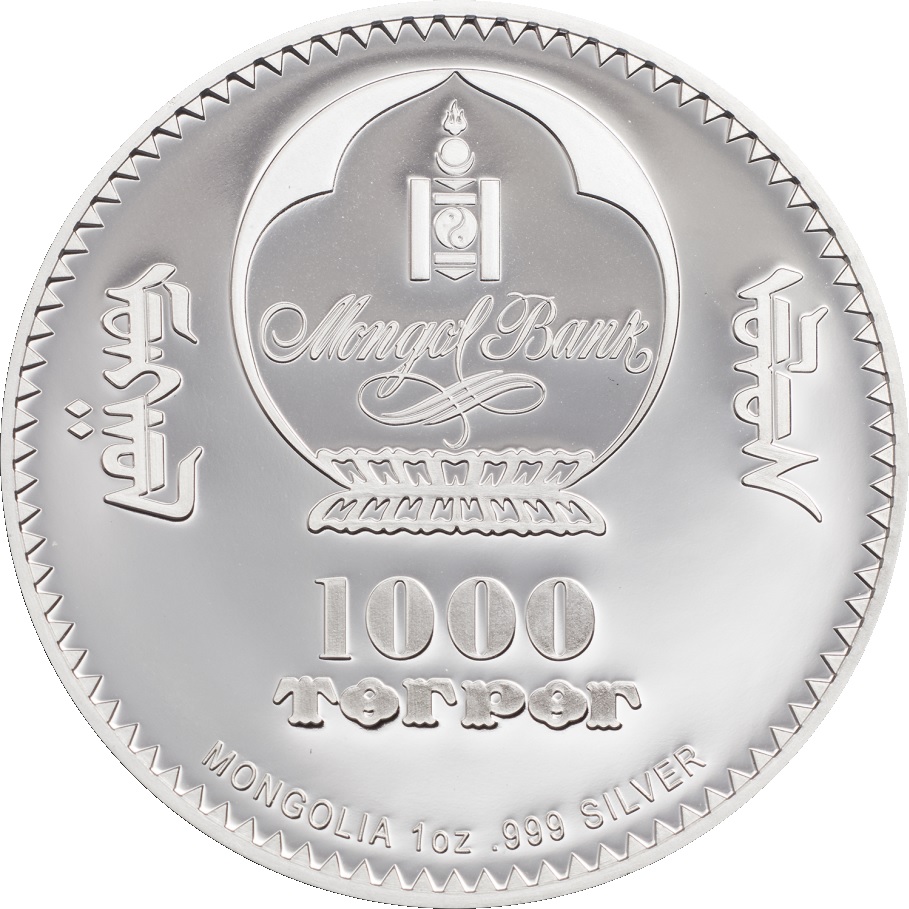 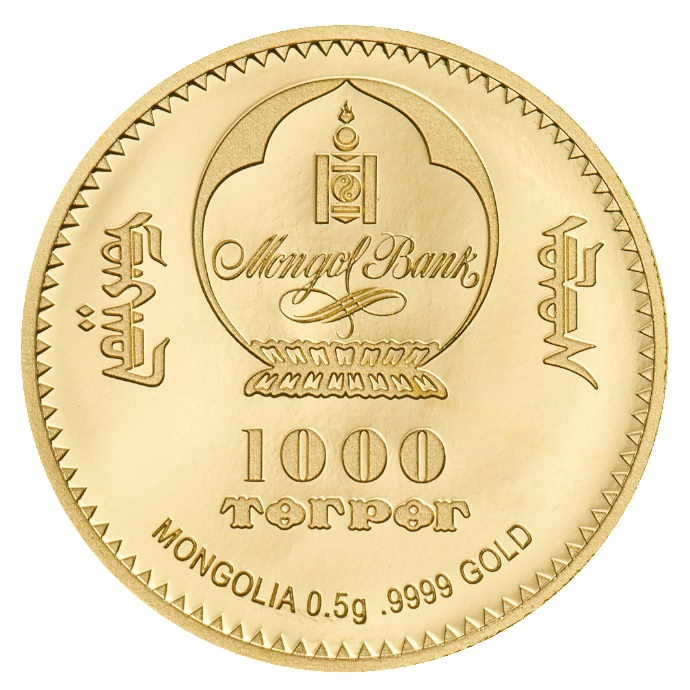 The reverse side includes the insignia of the Bank of Mongolia centred with the denomination of 1000 ТӨГРӨГ and Mongolian lettering placed on both sides of the insignia in a vertical direction. As is customary for this series, the portrait is struck in smartminting high-relief technology. The amount of detail and sculpture in the portrait is unparalleled and also includes selective colouring. This technique offers facial features which bring the coin’s designs to life. 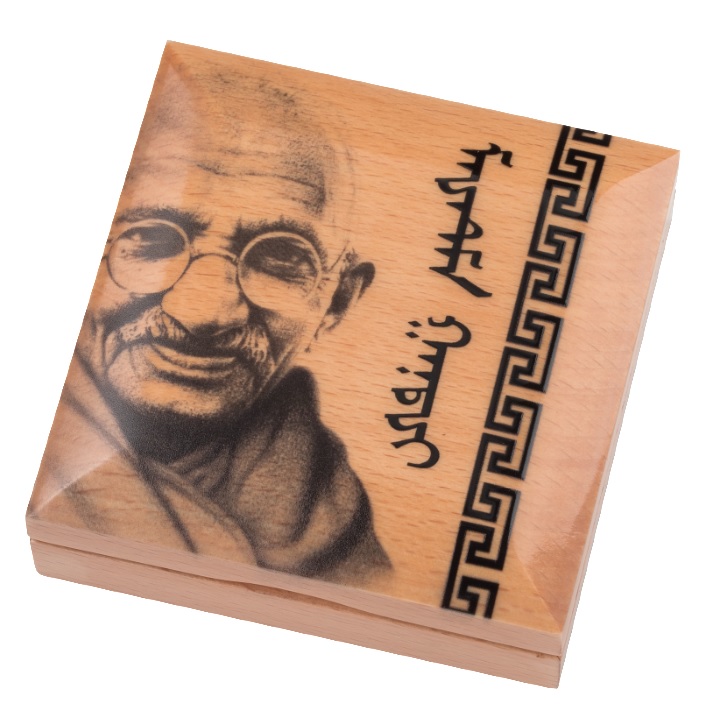 The gold and silver options are available separately and are presented in a custom hardwood case which includes an image of the Mahatma on the cover and a certificate of authenticity. For additional information about this coin and others released by the Bank of Mongolia, please visit the website of CIT.