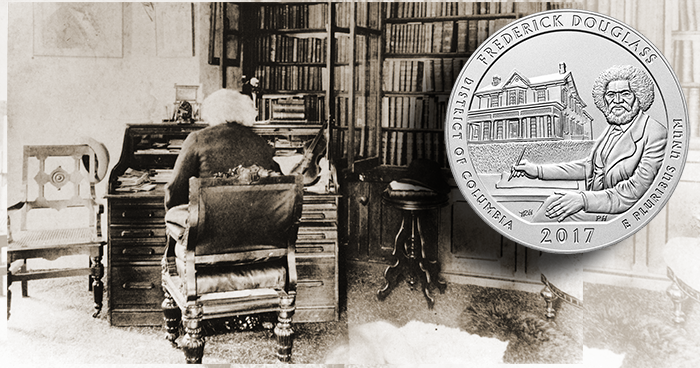 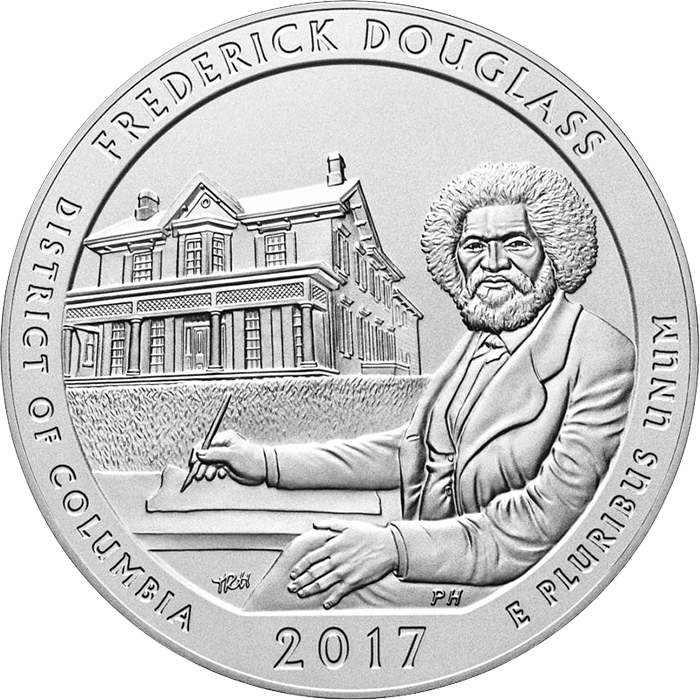 The reverse was designed by Artistic Infusion Program artist Thomas R. Hipschen. The design places Douglass to the right of the field in a three-quarter profile toward the left, seated at his writing desk. His left hand rests on his knee, while his right holds a pen to paper on the desk top. In the background is his Washington, D.C., home, Cedar Hill. The legend surrounding the field reads, in three parts, FREDERICK DOUGLASS, DISTRICT OF COLUMBIA, and E PLURIBUS UNUM, with the date of issue, 2017, below the main design. The designer’s initials, TRH, appear to the left of Douglass’s knee; engraver Phoebe Hemphill’s initials, PH, appear just below his left arm. 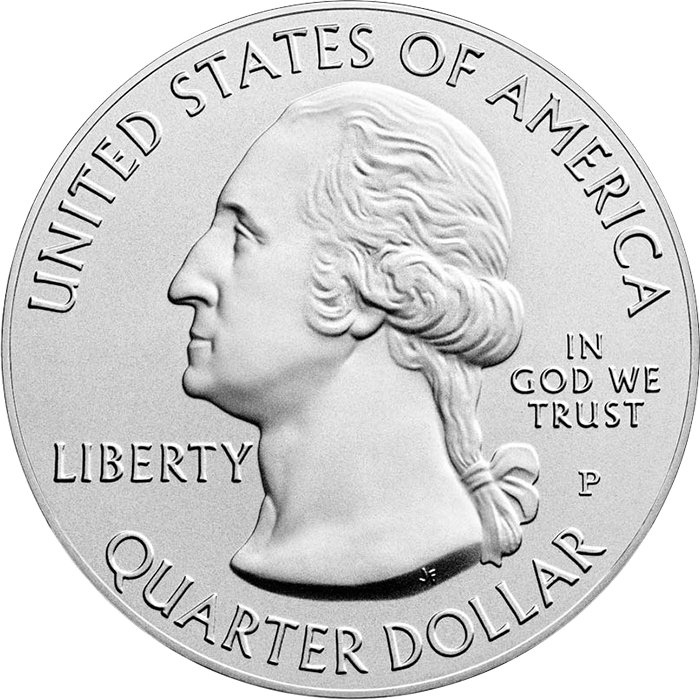 The obverse features the left-facing profile portrait of George Washington originally created by John Flanagan in 1932 and updated by William Cousins in 1999, at the start of the 50 State Quarters Program. UNITED STATES OF AMERICA appears above the portrait and QUARTER DOLLAR below, with LIBERTY to the left and, in three lines, the national motto, IN / GOD WE / TRUST, to the right. The mintmark P appears below the motto. 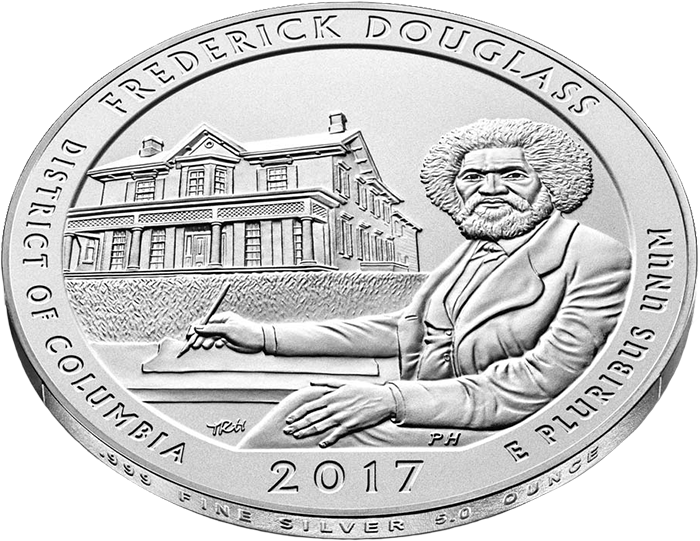 The smooth edge is incused with the fineness, metal, and weight, as .999 FINE SILVER 5.0 OUNCE. 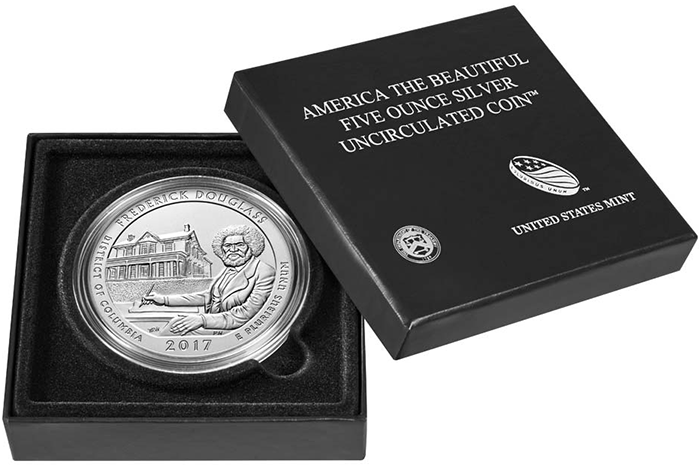 The current authorized mintage limit for both numismatic and bullion 2017 America the Beautiful 5-Ounce Silver Coins for the Frederick Douglass National Historic Site is 150,000 units. An announced maximum potential mintage limit of 25,000 coins has been set for the Uncirculated coin. However, based on demand, the Mint may strike and issue more than 125,000 bullion coins, so long as it does not exceed the 150,000 coin limit.   ❑