The new coin features Mount Vesuvius in Pompeii, Italy, and includes an inlay containing actual lava from Mount Vesuvius. The coin is struck in ultra high relief (8 mm.) and has a mintage limit of only 688 pieces. It is available for pre-order from First Coin Company for $249.90, with shipment expected later this month. 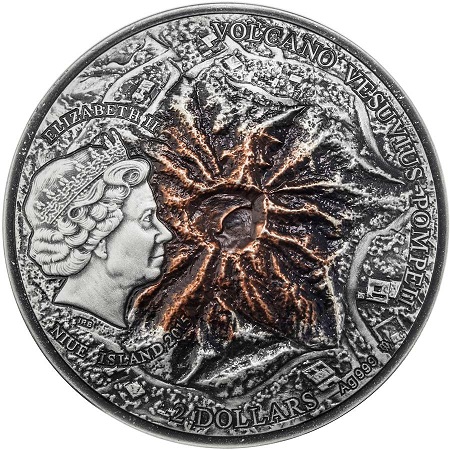 The obverse of the coin features a portrait of Queen Elizabeth II and the inscriptions ELIZABETH II, VOLCANO VESUVIUS – POMPEII, 2 DOLLARS, Ag 999, and NIUE ISLAND, the country of issue. The center of the design features a convex, high relief rendering of Mount Vesuvius mid-eruption, with red lava making its way toward the surrounding city of Pompeii. 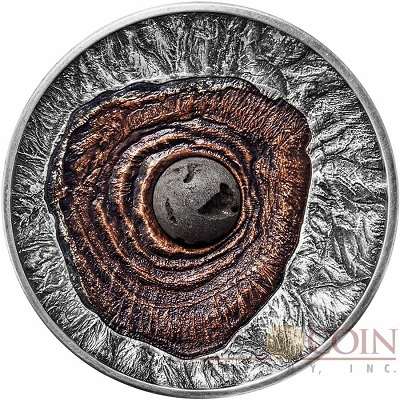 The coin’s concave reverse resembles the open mouth of the volcano, with an authentic lava inlay placed at the center. 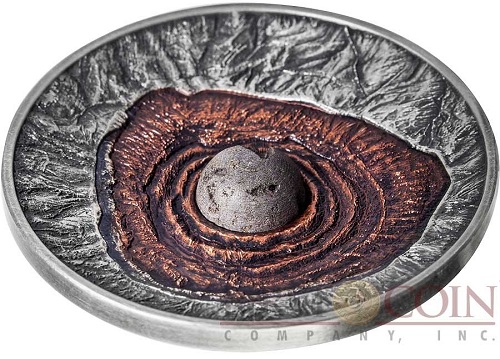 The 2-ounce coin measures a considerable 50 mm in diameter. It comes in a wooden presentation box with a certificate of authenticity. 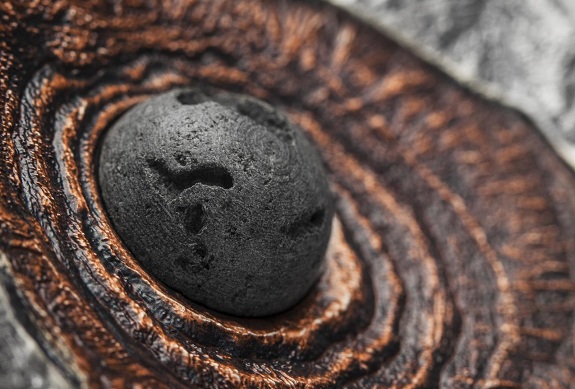 Vesuvius is famous for a sudden eruption in 79 A.D. that killed an estimated 16,000 people in the city of Pompeii. A press release notes that the volcano has erupted many times since then, and is considered one of the word’s most dangerous volcanoes as it is situated in the center of a dense population of 3,000,000 people.

For more information on the Niue Island Volcano Vesuvius Ultra High Relief 2 oz. Silver Coin, visit its product page at First Coin Company. You can also watch a brief promotional video for the release below.