The Mint of Finland will issue a new coin dedicated to “Children and Creativity”, which was designed by a member of the public. With more than one thousand votes cast, 17 year old Roope Määttä’s design was the winning entry. 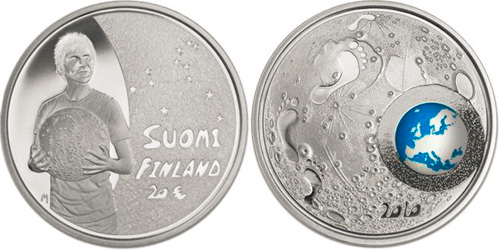 This is the first time a Finnish collector coin has been selected by a popular vote. Visitors to the Mint’s website had the opportunity to vote for their favorite among 11 entries which were submitted by students at senior secondary schools specializing in arts.

The coin, entitled “Beyond this Horizon”, captures the moment when the seemingly impossible has been achieved and sights have been set on the next challenge.

“My work also symbolizes the idea that it’s important to remember your roots,” Määttä said.

The coin represents the second issue in the “Ethical Collector Coins” series. The first coin in the series, entitled “Peace and Security”, was issued in 2009.

The Mint of Finland’s website can be viewed at: www.suomenrahapaja.fi