The heads of national mints around the world converged on Mexico City from May 11 to 17 for the 28th Mint Directors Conference. The experts discussed such topics as new alloys, colored coins, and ways to enhance counterfeit protection. The itinerary also included a visit to the Mexican Mint facility in San Luis Potosí, where several dozen Schuler machines produce pesos and centavos of various denominations. 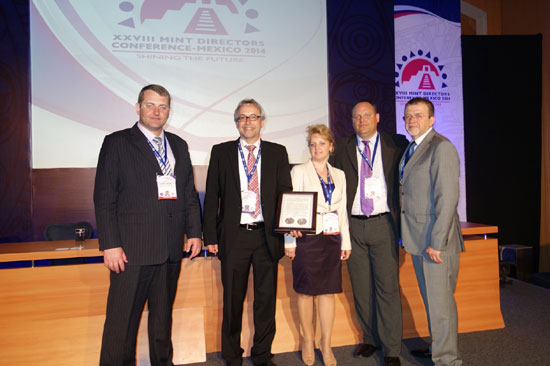 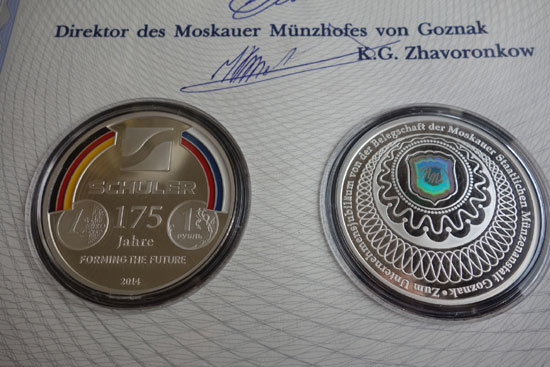 The gift was an elaborate medal that was coined especially for the Schuler anniversary. 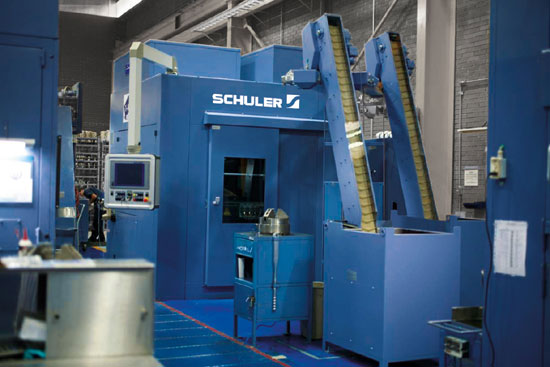 The participants also visited a Schuler press to produce tri-metal coins at the Mexican Mint facility.

Amongst other things, the Mexican Mint uses the Schuler MRV 300 with an output of up to 500 coins per minute to produce a medal to commemorate the Mayan culture. A further topic of the conference – which Schuler sponsors – was how tri-metal coins could also be used as circulation coinage to raise counterfeit protection, for example.