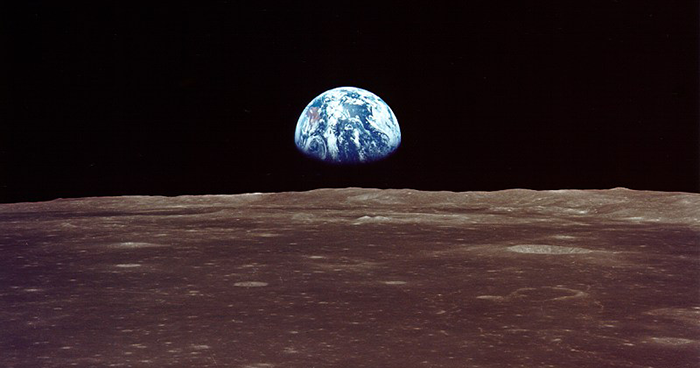 Artists are invited to compete for the chance to design the obverse of the 2019 Apollo 11 50th Anniversary commemorative coins. (NASA photo)

The Mint has issued a call for artists to participate in a design competition. Public Law 114-282 authorizes the secretary of the Treasury to mint and issue $5 gold, $1 silver, and 50-cent clad coins commemorating the 50th anniversary of the Apollo 11 Moon landing. These coins will be struck in the domed format previously seen on the 2014 National Baseball Hall of Fame commemorative coins.

The convex (domed) reverse will be designed by a U.S. Mint artist, and will feature “a representation of a close-up of the famous ‘Buzz Aldrin on the Moon’ photograph taken July 20, 1969, that shows just the visor and part of the helmet of astronaut Buzz Aldrin, including the reflection of astronaut Neil Armstrong, the United States flag, and the lunar lander.” 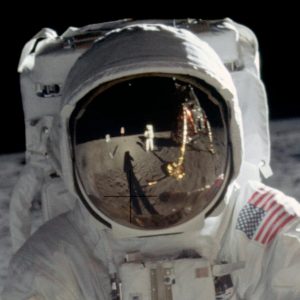 The reflection in astronaut Buzz Aldrin’s visor will be the subject of the reverse. (NASA photo; hover to zoom)

The concave (cupped) obverse, whose design is the subject of the competition, must be “emblematic of the United States space program leading up to the first manned Moon landing.”

The competition will take place in two phases. In phase 1, prospective artists will submit electronic portfolios of their original work. This phase does not involve actual coin design. Instead, the three to five works in each portfolio should demonstrate—

From among the phase-1 applicants, a maximum of 20 artists will be selected to move on to phase 2, which will involve prospective designs for the Apollo 11 50th Anniversary Commemorative Coin Program’s common obverse. All artists selected for phase 2 will be paid $500 for their work. The final design selection will be made by a jury and approved by the secretary of the Treasury; the artist who creates the winning design will receive $5,000, and their design and initials will appear on the obverses of the coins.


Of course, there are numerous technical issues the artists will have to consider if they’re selected to participate in phase 2. In addition to the required inscriptions and other matters, the designs will be judged on the following criteria:

Although the competition rules don’t specify this, prospective artists would do well to study existing domed-coin designs and consider the kinds of subjects that are suited to the format. The rounded visor of the astronaut’s helmet, for example, is a perfect choice for the domed side of the coin. On the 2014 National Baseball Hall of Fame coins mentioned previously, the domed side features a baseball, which of course is naturally rounded; the cupped side features the palm of a baseball glove. Canada’s 2017 coin honoring Roberta Bondar, the first female Canadian astronaut, depicts a view of Earth as seen from space on the domed side. Australia’s Southern Sky and Northern Sky series depict constellations on the cupped side, which mimics the apparent shape of space as seen from Earth. Many collector coins also make the most of the domed format. One coin from the Solomon Islands, for example, depicts the underside of a famous dome in Berlin, while another from Fiji replicates Captain America’s convex shield. 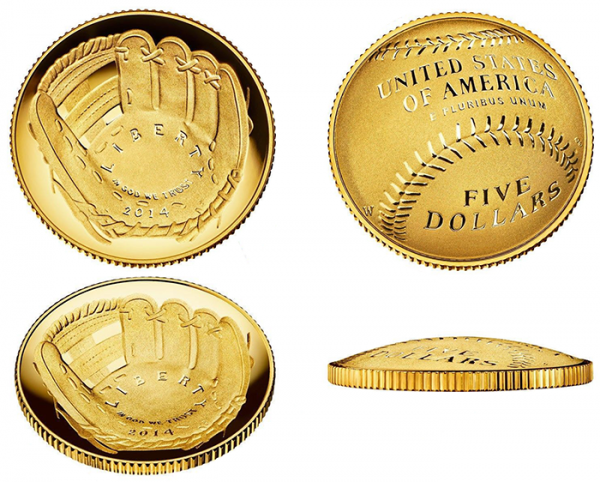 The obverse and reverse designs of the Baseball Hall of Fame coins match the shape of the depicted object with the direction of the curvature on the designated side of the coin. 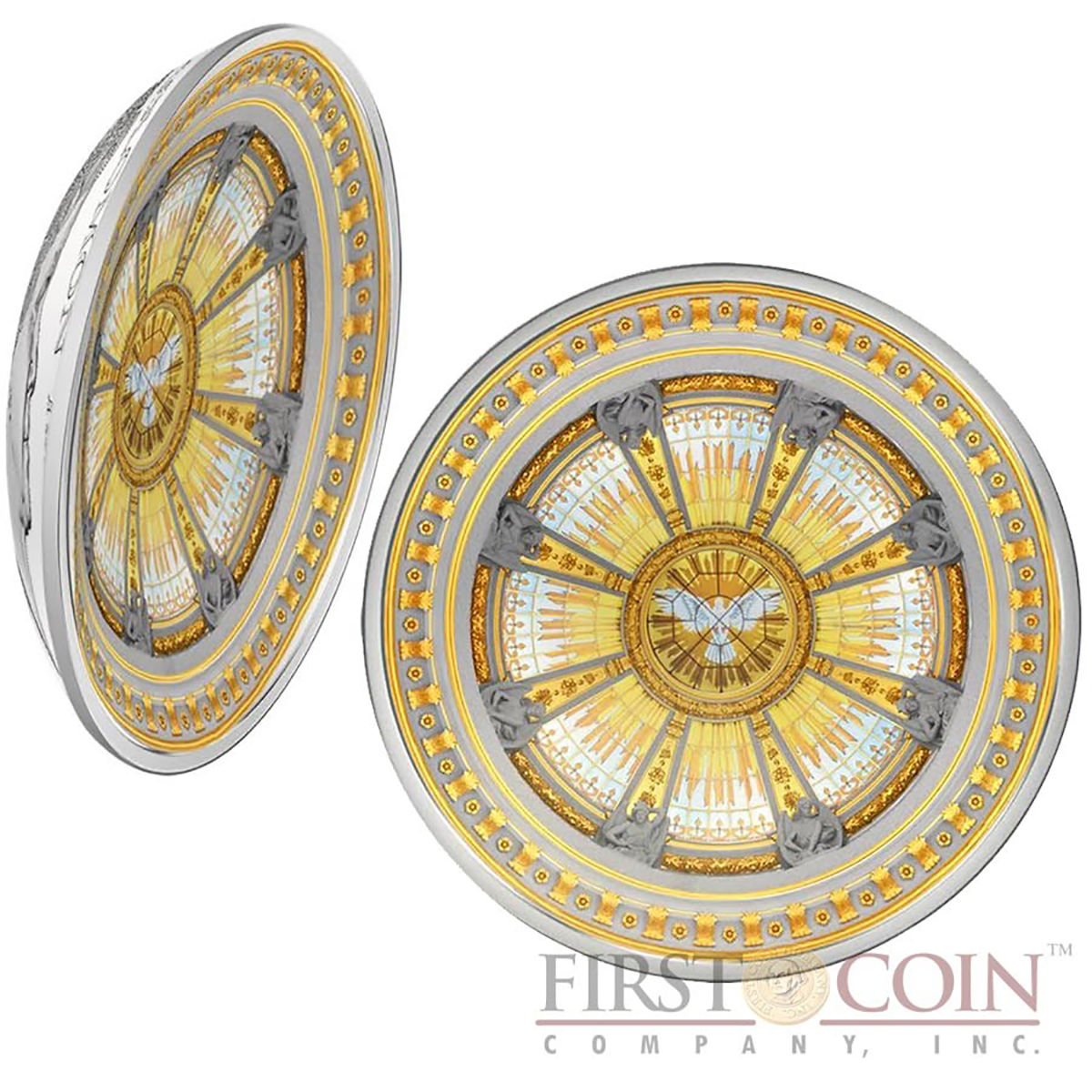 The Solomon Islands’ “Berlin Dome Protestant Cathedral” coin matches the inside of the architectural dome to the concave side of the coin. (Photo courtesy of Coin Update sponsor First Coin)

Phase 1 begins May 1, 2017, and the deadline for submissions is June 29. On July 31, the artists who have been selected to compete in phase 2 will be notified; their design submissions must be received by September 8. The winning design will be announced in 2018.

Complete information on the design competition, including the official rules, can be found on the website of the U.S. Mint.   ❑