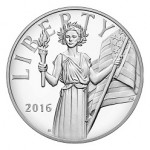 The Mint has shown interest in recent years in expanding its offerings of medals and has begun to do so, with medals included in the Presidential dollar Coin and Chronicles sets and the American Liberty medal program. In addition, the CCAC has also recommending issuing more medals, such as an art series to stimulate creativity among our artists.

These ideas are promising, and I personally like the design recommended for the 2017 American Liberty gold coin and silver medal. But the Mint should tread carefully here and make sure it issues medals with designs that collectors find appealing.

The proposed four-medal set for 2017 with different finishes strikes me as somewhat risky given the widespread criticism of the proposed design. It is quite possible that views will change when the finished product is seen, as happened with the 2015 design (which also aroused the usual litany of comments about political correctness). By the time it was produced on the Proof silver medals, opinions had shifted strongly in favor of it. But it might be better to issue just one silver medal for 2017 with a higher mintage than the 2016 issues and see how that goes, especially since most collectors continue to prefer coins over medals. 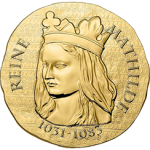 While this was not the topic of a specific working group at the recent forum, many collectors believe other world mints have lots of good programs and practices, some of which could be relevant for the U.S. Mint.

There are many options here, such as following the effective branding and advertising approaches of mints like the Paris Mint and Austrian Mint, both of which are also very good at producing coins that appeal not just to investors and experienced collectors but also to children and young adults. Both are also noteworthy for their stunning designs and artistic creativity and innovation.

I have frequently mused in articles that the designers at the Paris Mint (the Monnaie de Paris, the world’s oldest mint) could clearly do a better job creating profiles of presidents and other people who appear on our coins. That is clear from the 15-coin French-ruler series, which was followed by the current series honoring French female political figures like Joan of Arc. While it is beyond the scope of this piece,** it is widely accepted that too many of our designs, especially many that appeared on the state quarters, are too flat and lack multi-dimensionality. 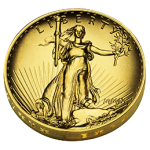 The best way to add multi-dimensionality to a coin and bring the design to life is by striking it in high or ultra-high relief. This is an area in which the U.S. Mint is way behind other world mints, especially the Perth Mint in Australia, which issues many stunning high-relief coins each year, including amazing 5-ounce silver coins, as do other world mints.

Our Mint in the modern era has issued only two high-relief gold coins (the 2009 Ultra High Relief and the 2015 American Liberty coin), and to date has issued no silver coins that fully quality as high relief; that is something collectors regularly suggest they are eager for in surveys and other contexts. There have been pieces like the 2016 American Liberty silver medals, which are done in slightly higher than normal relief; but Mint officials said they were unable to follow both of the CCAC recommendations, which were to make those medals in true high relief and to strike them on the 40.6-millimeter planchets used for American Silver Eagles. That is because our Mint uses technology that requires greater thickness and smaller diameters to produce high relief—but a company in Europe, Coin Invest Trust, has revolutionized high-relief coin production with an approach called “smartminting,” which  can produce coins in amazing relief on large planchets.***


An Enhanced Uncirculated silver coin set, which the Mint is proposing for 2017, is a good idea provided it does not become an annual product issued alongside the regular silver set. Moreover, collectors are growing weary of the use of different finishes, and they are eager for something different. High-relief silver coins would be a perfect way to stimulate new interest in collecting modern numismatic issues. This year’s 30th anniversary of the Mint’s flagship silver and bullion coin programs offered the perfect opportunity to introduce new high-relief coins, or perhaps the first silver kilo coin.

In addition, the Mint could consider loyalty programs like those used by other mints to offer incentives and various other rewards and benefits, such as regular free shipping above a certain amount, to regular collectors. Finally, some collectors think the Mint could be a little more daring in its coin programs and designs, but they also think the Mint should not start producing coins that glow in the dark or feature crystal or other inserts. Selective gilding, if done right, might work, but colorized coins are not likely to be made any time soon, nor will coins with superheroes.

Packaging is another area covered at the forum. The Mint would do well to offer different options, ranging from very simple, minimal packaging for those who plan to have their coins graded to fancy boxes for high-end coins, which are already used in many programs, and perhaps something in between for those who want a box but need it to be compact for storage purposes.

It is not possible to cover all areas discussed at the recent forum, let alone all the myriad suggestions for new coins and how to run the Mint, in one article. For example, expanding the collector base beyond its core of white, middle-aged men is essential, as is reaching more young collectors. Today’s young collector becomes tomorrow’s advanced hobbyist or professional numismatist. Collectors and organizations like the ANA have good ideas for how to do this that should be explored.

American numismatics has a potentially bright future, but to realize that future, the U.S. Mint should continue to work with stakeholders; to ask customers what they want and, to the extent possible, produce those programs for which there is the greatest interest; to reduce the overall number of different coin programs and consolidate around certain core programs; and to work with Congress to encourage the passage of coin legislation that meets the needs of a changing hobby.

Louis Golino is an award-winning numismatic journalist and writer specializing on modern U.S. and world coins. His work has appeared in Coin World, Coin Week, The Numismatist, Numismatic News, and Coinage, among other publications. His first coin-writing position was with Coin Update.

** In June 2017, The Numismatist magazine will publish a piece I wrote reviewing the state of modern U.S. coin designs, which argues in favor of creating coins with compelling new designs and discusses how that could be achieved and implemented.

*** See my article coming in the December issue of Coin World magazine for more information on smartminting and Big Gold Minting.
Share: