Suggesting how the U.S. Mint can improve its operations and programs has emerged over the years as perhaps the most frequent topic of discussion among both numismatic commentators and collectors. Everyone has an opinion on how to make the Mint better—on how to make it more responsive to collectors’ interests; on how to make it more successful at achieving its multiple missions, which involve bullion, circulating, and numismatic coins, etc.; and on what coins it should issue and how they should be released.*

The October 13 U.S. Mint forum in Philadelphia brought together stakeholders from the collecting community, dealers, coin-grading companies, and the numismatic media to discuss many of these issues. The Mint is clearly interested in learning what suggestions the numismatic community can offer. And coverage of the forum in the numismatic press has helped to focus attention on issues and recommendations that were discussed at the meeting during the various working-group sessions.

What follows are my own proposals regarding four of the main themes covered at the forum, plus suggestions in two other areas.

It is likely there will always be a tug-of-war between those who want limited- or low-mintage coin programs to help sustain the value of those coins, and those who believe mintages should be unlimited, or that a specific ordering period should be used (which eventually produces much the same effect as unlimited mintages, since in both cases coins are minted to reach demand levels). Just check out the current values of the 2012 and 2013 special Silver Eagle sets that were minted to demand and sold for a specific period compared to those of the 2006 and 2011 anniversary Eagle sets, which sell for a nice premium, to see the impact of the two approaches on secondary values.

There is of course no way to make everyone happy, but it is better not to assume that one approach will fit all programs. Some programs should be minted to demand to enable everyone who wants a coin to obtain one, while others should have limited mintages coupled with low household limits and better efforts to prevent buyers from abusing those limits. If a coin has an unusually low mintage, like the 2015-W Platinum Eagle, the limit should be 1, but coins with higher mintages can have slightly higher limits.

If all coins have unlimited mintages, collectors will see the value of their coins plummet, as has been the case with most modern Proof and Mint Sets (with some exceptions), which will further erode the Mint’s customer base and interest in collecting modern U.S. coins.

It is true that the Mint has no obligation to help flippers make money, and our Mint should not create lots of coins with extremely low mintages and then hype them by noting how supposedly scarce they are. But if mints do not take some sensible steps to help support the market for their coins, there will cease to be a market for modern issues, because those who spend substantial sums on coins do not want to continue losing money. 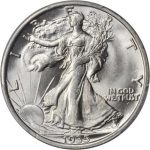 There has been and continues to be widespread interest in reusing the popular designs of the past, from the iconic Weinman and Saint Gaudens designs that have appeared on American Silver and Gold Eagles for three decades to American Buffalo Gold coins, the 2016 centennial gold trio, the forthcoming American Palladium Eagle program (which begins in 2017), and others.

There are two main issues with continuing this approach in the future. First, while some additional use of the classics—such as a 2021 Peace dollar for the 100th anniversary of that coin—is appropriate, at a certain point, the approach risks being overdone.

Some people believe we are already at or near that point, and that new designs, such as coins that depict modern images of Liberty (like those that appear on the American Liberty high-relief gold coins and silver medals) are long overdue. They believe today’s artists are certainly capable of producing powerful and aesthetically pleasing designs.

Others seem to have an almost unlimited appetite for modern coins with classic designs.

The second issue is that, if additional classic coin designs are to be reused, they should be in silver or on clad/bimetal circulating coinage—but both of those would require legislation from Congress, which is not an easy thing to achieve. For example, a few years ago the CCAC proposed a circulating series of dimes, quarters, and halves for collectors with modern images of Liberty, and spent considerable effort explaining to members of Congress that such a program could produce millions in seigniorage income, but the idea never got off the ground. 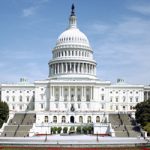 And that raises what I consider to be the key issue when it comes to improving both the Mint and U.S. coins: namely, the role of Congress.

Other than numismatic gold and platinum coins, where the Mint does have existing and broad statutory authority (which has been used to produce some of the more popular coins of recent years), everything else the Mint produces, from commemoratives to bullion coins, requires explicit authorization from Congress in the form of legislation.

There are several problems here. First, due to political gridlock, recent Congresses have been the least productive in history, as far as actually passing legislation that becomes law, and coin programs are not a very high legislative priority. Second, the modern commemorative coin program has continued to see the issuance of coins with subjects and designs that often have little appeal for current collectors. That is typically because the impetus for those programs comes from entities within the congressional districts of the members of Congress who propose the coin programs to bring funds to their organizations, which tends to distort the program away from coins with themes that have historic and national significance and toward those with a much narrower focus. There have of course been exceptions. Third, in the past the numismatic community and Congress worked together (for example, to create the American Platinum Eagle program during the 1990’s)—but in recent years, the channels of communication between the hobby and legislators have been relatively limited, and that needs to change.

The key point is that for the Mint to produce more coins that collectors want and more coins that might appeal to non-collectors who could become collectors, it is important not just for the Mint to reach out to stakeholders, as it did in Philadelphia, but also to find ways to get Congress more involved and more interested in coins and to make legislators more aware of what issues concern collectors and dealers, such as through hearings on such issues.

At the forum, CoinWeek editor Charles Morgan offered this useful suggestion: have congressional staffers who work on the committees that deal with coinage issues attend future forums and similar meetings. In addition, perhaps the numismatic community, or at least the ANA, needs a lobbyist on Capitol Hill. [continued on p. 2]