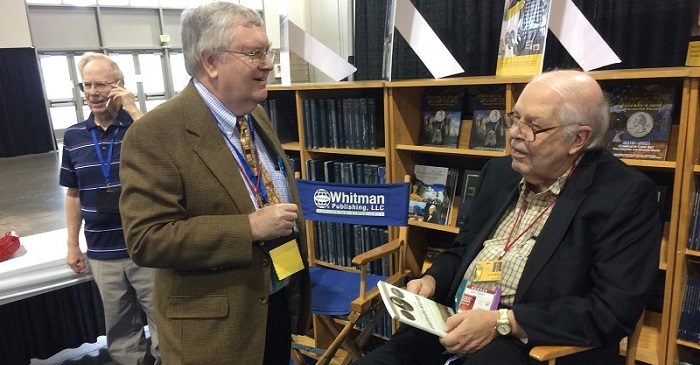 Whitman Publishing authors will meet and greet collectors and sign copies of their books at the Whitman booth, #236 (next to the U.S. Treasury Department display), at the American Numismatic Association World’s Fair of Money, August 15–18, 2017. The show is held at the Pennsylvania Convention Center at 1101 Arch Street in Philadelphia. 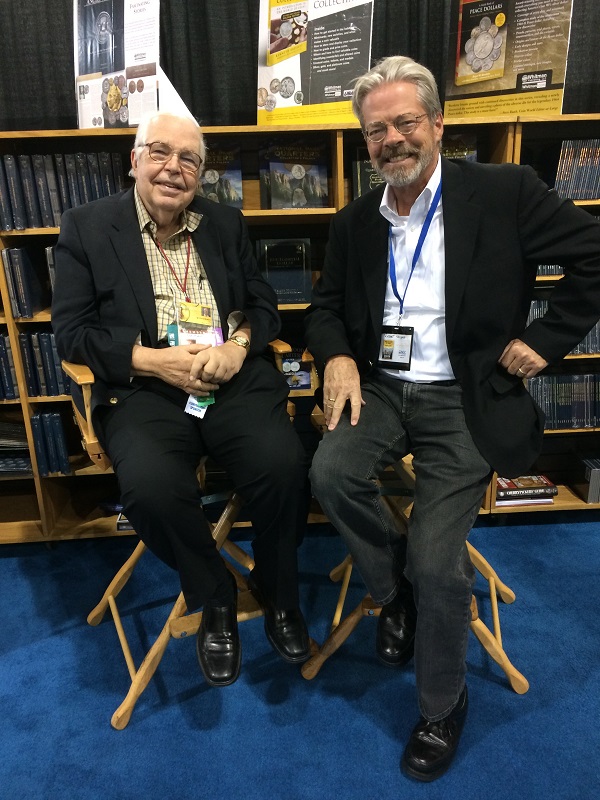 Whitman authors Q. David Bowers and Bob Shippee at the 2017 World’s Fair of Money in Denver.

Autograph sessions are planned for Wednesday, Thursday, Friday, and Saturday with the editors of the Guide Book of United States Coins (popularly known as the “Red Book”) and Mega Red (its expanded deluxe edition). Editor Emeritus Kenneth Bressett and editors Q. David Bowers and Jeff Garrett will sign copies of the latest editions. The 2019 Red Book includes a special 10-page tribute to Bressett celebrating his 60-plus-year career and his recent promotion to the position of Editor Emeritus. The hardcover Red Book features a gold-foil portrait of Bressett on the back cover, making it a unique numismatic collectible. 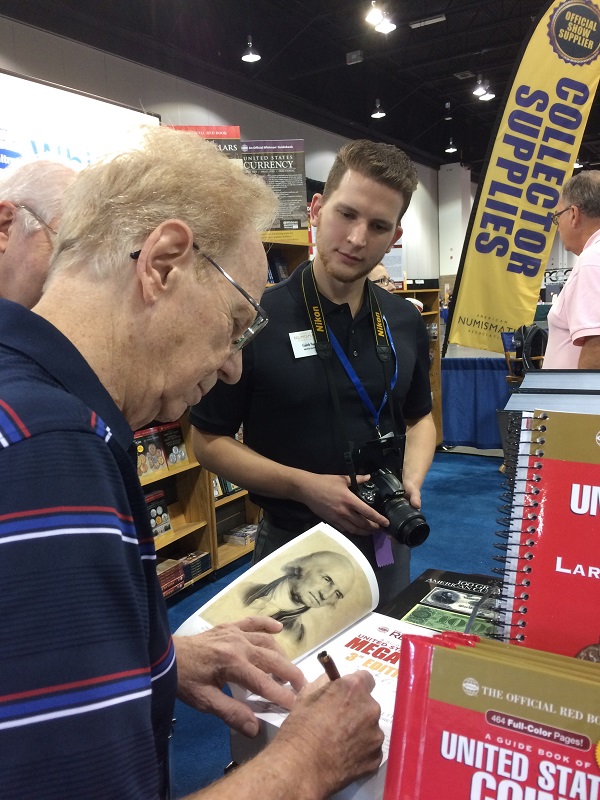 Kenneth Bressett autographs a copy of the 1,504-page Mega Red for Caleb Noel, then news editor (and now managing editor) of the ANA’s Numismatist magazine.

“These autograph sessions offer a rare chance to meet some of your favorite hobby authors in person,” said Whitman publisher Dennis Tucker. “Pictures are welcome, so bring your camera. Say hello, ask questions, and you’ll take home some amazing memories from the ANA World’s Fair of Money.” 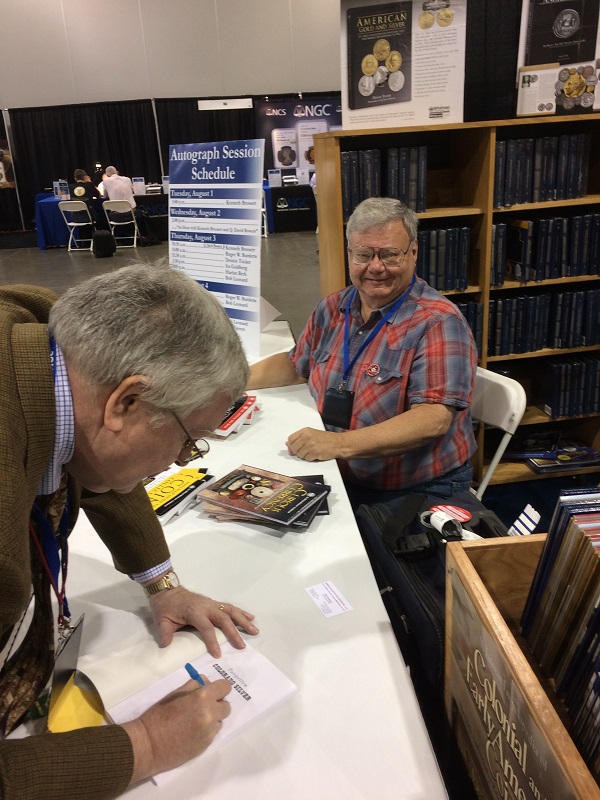 Whitman authors who will participate in book signings include the following. A schedule with specific times will be available at the Whitman booth. 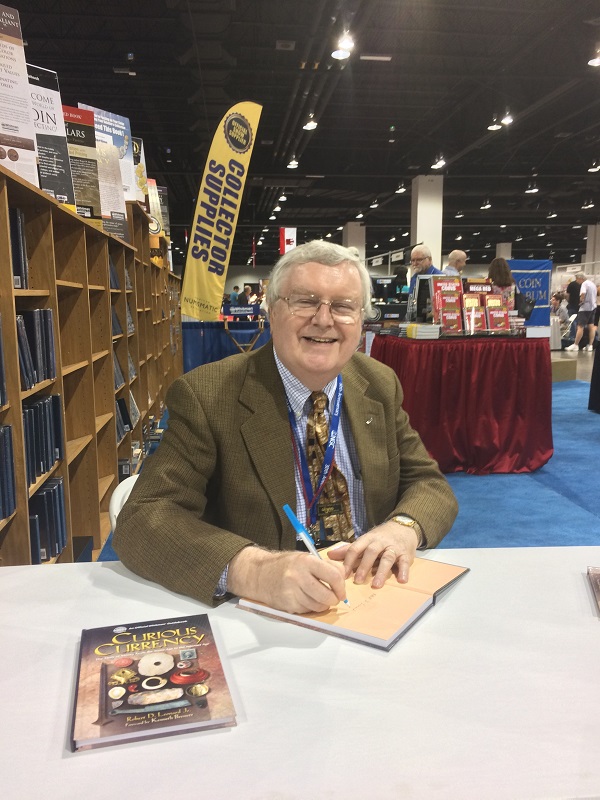 Arranged by day, the autograph sessions are:

The Whitman Publishing booth is a popular gathering place for Whitman authors, so visitors have a good chance of running into these and other hobby writers at booth #236 throughout the week. 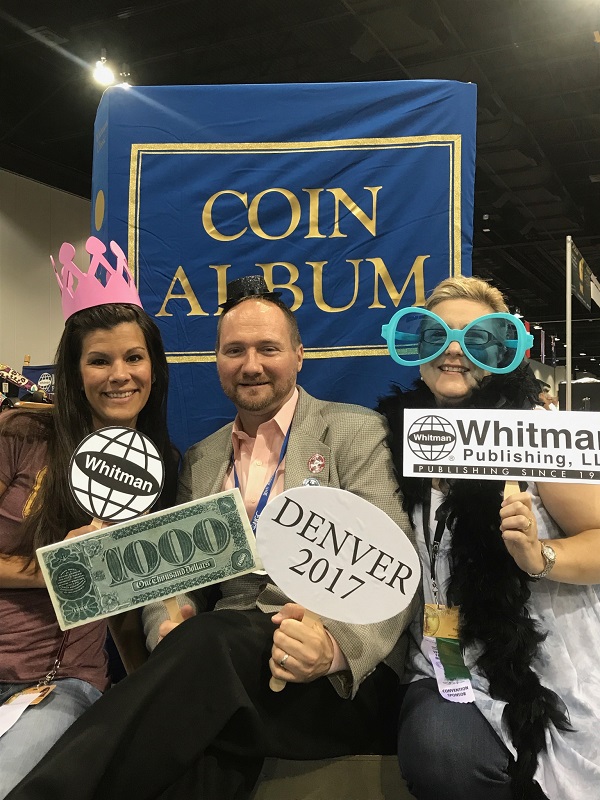 Whitman publisher Dennis Tucker, author of American Gold and Silver, with Michelle and Dawn at the Whitman booth.

Because Whitman Publishing is the Official Supplier of the American Numismatic Association, ANA members get 10% off all purchases. Other show specials, bargains, and giveaways are scheduled for Whitman books, folders, albums, and hobby supplies.