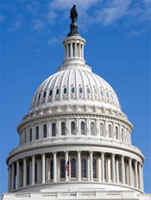 A bill authorizing Medal of Honor Commemorative coins was signed into law on November 6, 2009 by President Obama. The commemorative coin program will include $5 gold and $1 silver coins to be issued in the year 2011. The Medal of Honor is America’s highest award for valor in action against an enemy force. Fewer than 3,500 Medals of Honor have been awarded to members of the United States Armed Forces.

H.R. 1209 Medal of Honor Commemorative Coin Act of 2009 was introduced by Christopher Carney of Pennsylvania and Mark Kirk of Illinois on February 26, 2009. The bill passed the House on May 14, 2009 and passed the Senate on October 22, 2009. A companion bill was also introduced in the Senate by John Kerry of Massachusetts and Lindsey Graham of South Carolina.

According to the legislation, the design of the coins shall be emblematic of the traditions, legacy and heritage of the Medal of Honor, and the distinguished service of its recipients. The final designs will be selected by the Secretary of the Treasury after consultation with the Board of the  Congressional Medal of Honor Society, the Board of the Congressional Medal of Honor Foundation, the Commission of Fine Arts, and review by the Citizens Coin Advisory Committee. The legislation includes the following description of the coin designs:

Surcharges of $35 per gold coin and $10 per silver coin will be added to the purchase price of each coin. These surcharges will be paid to the Congressional Medal of Honor Foundation to help finance their educational, scholarship and outreach programs.