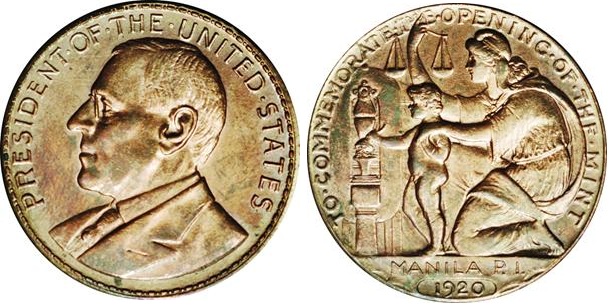 Medal collecting today is a popular and robust segment of the numismatic hobby. These coin-like pieces are similar to tokens but typically are not issued as substitutes for money; instead they are “to be held and enjoyed, commemorating an accomplishment or individual, or perhaps promoting a cause,” as Q. David Bowers relates in The Expert’s Guide to Collecting and Investing in Rare Coins. They have been called “a mirror of history.”

Medals are a longtime pursuit of mine. I’ve studied them almost as long as I’ve been interested in coins. They make up a good portion of my overall collection, and these days they’re the main focus of my active collecting. I write about them for various hobby journals. I’ve served as a governor of the Token and Medal Society. Several chapters of my new book, American Gold and Silver: U.S. Mint Collector and Investor Coins and Medals, Bicentennial to Date, are about U.S. Mint medals. And as a member of the Citizens Coinage Advisory Committee, I advise the Secretary of the Treasury on Congressional Gold Medals and national and other medals.

One is the Guide Book of United States Coins (the hobby’s popular “Red Book”). For years the Red Book has featured various historical medals (e.g., Lesher Referendum dollars and the Libertas Americana medal) that are traditionally collected by American hobbyists. 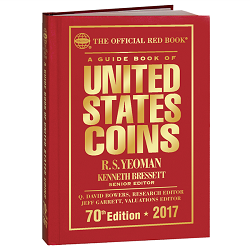 In the Red Book’s 70th edition, the 1920 Manila Mint medal—produced in the Philippines to commemorate the opening of a new mint there—is pictured and described for the first time. This historical piece is sometimes called the “Wilson dollar,” after the profile portrait of President Woodrow Wilson on the obverse. It was made in bronze, silver, and gold from dies engraved by George T. Morgan at the Philadelphia Mint. The reverse shows the goddess Juno Moneta mentoring a young coiner in the art and science of minting.

The 70th-edition Red Book also includes a new illustrated appendix on the American Arts gold medallions struck by the U.S. Mint from 1980 to 1984. This section includes data and history condensed from chapter 3 of American Gold and Silver. The American Arts medals—which honor Louis Armstrong, Mark Twain, Frank Lloyd Wright, Helen Hayes, and other writers, painters, sculptors, and artists—have been featured in past editions of the Red Book, but this new appendix covers them in more detail. 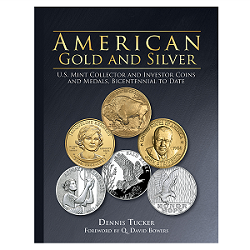 Another new appendix, also derived from American Gold and Silver, gives readers a taste of the national medals minted by the United States over the past 40 years. More than 20 American Revolution Bicentennial medals are studied, along with a sampling including the 1976 Colorado Statehood Centennial medals (minted in Denver, of course); the five varieties of bronze, silver, and gold George Washington / Valley Forge medals of 1978; and the 1993 Proof silver medal celebrating 200 years of coinage at the Philadelphia Mint.

The other flagship book with new content on medals is the 2nd edition of MEGA RED (the expanded 1,504-page Deluxe Edition of the Red Book).

As noted by numismatic historian Dick Johnson in the February 21, 2016, issue of The E-Sylum, this year’s MEGA RED includes a brand-new 18-page appendix on So-Called Dollars. This is richly illustrated with more than 120 full-color images, with text by specialist Jeff Shevlin. It provides a history of So-Called Dollars, advice on collecting them, a study of rarity, and discussion of today’s market. This is followed by a detailed catalog of 60 different varieties dating from the 1800s and 1900s. Many of these medals can be found for $10 to $50 apiece, making an attractive collection very affordable. Others are worth hundreds or even thousands of dollars each and present a fascinating challenge for collectors. 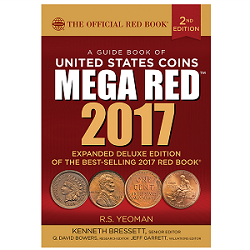 Like this year’s regular-edition Red Book, MEGA RED includes an appendix on American Arts gold medallions, plus an expanded six-page feature on modern U.S. Mint medals. The latter covers the Bicentennial, Colorado, Valley Forge, and Philadelphia Mint medals mentioned above, as well as the nine Young Astronaut medals of 1988; the silver Benjamin Franklin Firefighters national medal; the five varieties of 2003 National Wildlife Refuge System Centennial medals; and the September 11 silver medal. These represent a sample of the national medals covered in detail in American Gold and Silver.

Medals offer something special for coin collectors who complete their folders and albums of regular-issue federal coinage. You will never risk running out of new avenues to explore once you step into this wonderful field of the hobby. My hope is that this year’s Red Book and MEGA RED introduce even more collectors to the allure of American medals.