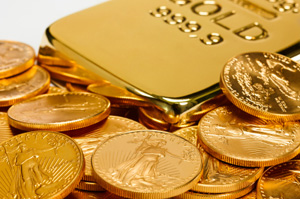 According to GFMS, one of the most respected analysts of precious metals markets, the Chinese market, government and private, will absorb more than 22 million ounces of gold in 2011, sharply higher than 2010 levels.  That means that the Chinese are taking about 30-35% of all newly mined gold off the market.  The total probably would have been even higher except for the difficulty in acquiring physical metal.

What will have perhaps the greatest impact on the gold market was just revealed within the past ten days.  A London metals trader recently reported that the Chinese government is aggressively negotiating with multiple gold mining companies to purchase their entire gold output on long-term contracts.  This is the same London trader who spilled the beans in 2003 that the Chinese were buying gold reserves, which was not confirmed by the Chinese nor reported by the mainstream financial press until 2009.  He is definitely in a position to observe such activity and has a stellar record of accuracy.

To the extent that this is true and that the Chinese do succeed in signing contracts, this could have an enormous impact on gold trading.  On the surface, it may appear that it shouldn’t really matter whether the Chinese acquire the same number of physical ounces of gold direct from the mines or by taking delivery of London or COMEX contracts.  So, it may take a while for the general public to understand the implications of this shift.

If the Chinese purchase directly from the gold mining companies that means that fewer ounces of gold will appear on the London or COMEX markets.  The COMEX is heavily leveraged, where it only has a small fraction of the gold to meet the contractual obligations of existing contracts.  If it stops receiving as much physical gold as years past, it will have to sharply reduce selling paper contracts for gold and perhaps even close out a large number of existing short positions.

The impact on the London market, the world’s largest gold trading center, would be even more extreme.  Theoretically London contracts are traded to result in the delivery of the physical metal.  However, the market is currently leveraged to a greater extreme than the COMEX.  At the Commodity Futures Trading Commission hearings in March 2010, analyst Adrian Douglas estimated that the London market could only cover, at most, 3% of its physical gold liabilities.  Analyst Jeffrey Christian then testified that the London exchange only held one ounce of physical gold for every 100 ounces of liability to delivery physical gold!

Think about it.  If the London market receives five million ounces less of physical gold in 2012 than it did in 2011, those who have sold contracts on that exchange may have to liquidate as much as 500 million ounces of short positions by purchasing metal elsewhere to fulfill contracts or by paying cash to settle their position.  Even with recycled gold, annual global new supplies are less than 100 million ounces.  Just imagine what would happen to the gold’s price if there was a supply squeeze anywhere near this magnitude!

Even if the Chinese don’t sign contracts to tie up mine production, there are still lots of brewing calamities that could cause prices to rocket upward in 2012.  Among them are:

There are more potential catastrophes than these few, but I think it gives you the idea.

Even the mainstream media in the past few months is reporting just how many of the world’s major banks are in dire straits.  Perhaps Bank of America is at most risk, with its share price right at the threshold where many owners would be required to liquidate their holdings of this bank.

The unfolding MF Global story could have the largest impact.  The implications of how customer money disappeared could trigger a run of investors, fearful of also having their accounts stolen, withdrawing their accounts from every brokerage.

For those holding out hope that the economies might muddle through somehow, the agreements made in the past two weeks for the US government to sharply reduce the value of major paper currencies (as a result of inflation of the money supply, whether called quantitative easing or something else) is bound to lead to far higher gold and silver prices in 2012.

Sprott Asset Management recently filed paperwork to issue shares totaling $1.5 billion.  These funds would be used to purchase physical silver.  This single acquisition, which would be about 50 million ounces at today’s silver prices, could trigger a supply squeeze all by itself.

Gold and silver prices have been knocked down enough over the past few weeks to cause even the most ardent owners of physical precious metals to question the strategy of owning gold and silver.  If you simply realize that no magic cures for the world’s financial woes have been achieved, and if anything, the troubles are getting worse by the day, I think you will feel more comfortable maintaining your gold and silver positions.

Instead of dumping your precious metals holdings, I urge you to make them more secure.  If you own shares of a gold or silver exchange traded fund because of the convenience, sell them off and replace them with physical metals under your direct custody and control.  Do not store physical metals in unallocated accounts.  Convert any certificates into physical metals—while you still can.

Assume that any form of “paper” gold or silver ownership is at risk of loss, just like those who held such accounts at MF Global Holdings.  Once you have secured your positions, you will be able to sleep better at night during 2012.  Happy New Year.