The Lord Mayor of the City of London was invited to strike a special commemorative gold Sovereign during a visit (11th December) to the Royal Mint’s operations in India as a lasting reminder of his first official overseas trip. The Lord Mayor, the elected head of the City of London Corporation (separate to that of London and its executive mayor) which supports the world-leading finance and business sector in the UK. Alan Yarrow had the opportunity to strike his own Sovereign during a tour of the Royal Mint licensee facility, operated by MMTC-PAMP, which formed part of a trade mission backed by the City of London and the UKTI. 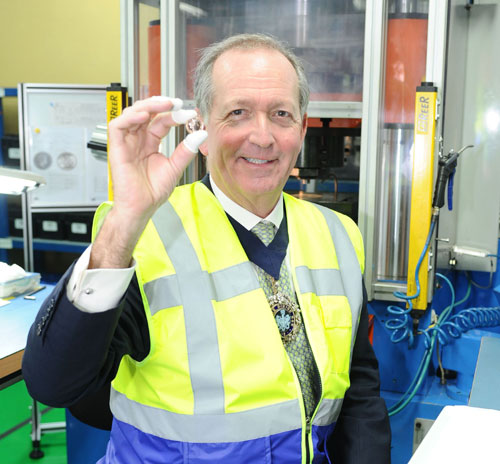 Mr. Yarrow led a delegation from the UK-based finance and professional services sector on a five day visit to meet Indian Government officials, explore UK trade and investment opportunities and see some of the successful joint ventures already in operation. The Royal Mint’s partnership with MMTC-PAMP India to strike authentic gold Sovereign commemorative coins in India for the first time in nearly a century was showcased as a demonstration of the benefits of Britain and India working together. 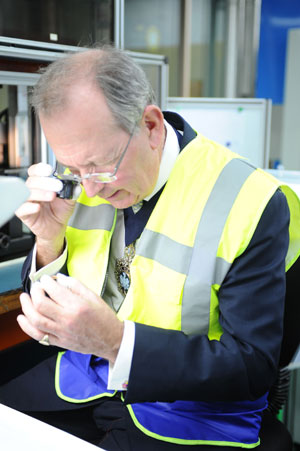 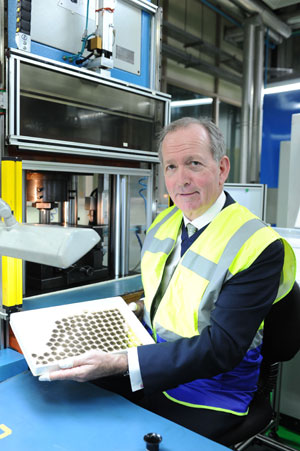 One of the world’s most famous coins, The Sovereign is globally recognized as a symbol of uncompromising quality standards and minting excellence. Featuring the same classic Benedetto Pistrucci ‘St George and the Dragon’ design as the Sovereigns first struck in India in 1918, striking of the 2013 Sovereign commenced in MMTC-PAMP India’s world class facility near Delhi in February last year, and continued this year with The Sovereign 2014.

These Sovereigns carry the special “I” mintmark to indicate that they have been struck in India. This special partnership was set up as residents of India were unable to buy genuine Sovereign coins since 1918, when The Royal Mint operated a branch mint in Bombay for a single year and during this time – a staggering 1,300,000 Sovereigns were struck. Since then a high number of counterfeit Sovereigns have become available on the market.

The partnership with MMTC-PAMP was created to help re-establish The Royal Mint in this major market and allow the Indian public to confidently purchase authenticated Sovereigns from a British brand which is renowned for its heritage, high quality and integrity. During the striking, the Lord Mayor commented, “Great coins like this Sovereign remind us that reliable money is at the heart of well-ordered and transparent trade, business – and human affairs.”

The MMTC-PAMP minted sovereigns which include the distinctive “I” mintmark on the reverse are available throughout India via retail distribution and numismatic channels. For more information on the Royal Mint’s UK sovereign range, please visit this section of their website.