The Bank of Lithuania have issued a new silver coin which will mark an important day and event in the country’s modern history, that of its admission into the European Union’s Euro-zone. As a celebration of this event and to say a loving and appreciative “Farewell” to the Litas, the Bank of Lithuania has issued a very special commemorative coin.

Lithuania’s Litas was originally in use from 1922 until the end of the Second World War and was re-introduced by the Bank of Lithuania to replace the Soviet Ruble in June 1993. The Litas will soon become Lithuania’s legacy currency as it is to be retired from the 1st of January 2015 when Lithuania becomes the 19th Euro-zone member and the last of the Baltic states to join. The Litas will be exchanged for the Euro at the irrevocably fixed conversion rate of 3.4528 to 1 with more than 132 million banknotes weighing 114 tonnes having been safely delivered to the Bank of Lithuania’s vaults. The country is well equipped to make the change-over as over 900,000 Euro-kits containing €11.59 worth of Lithuanian euro coins were  produced and distributed throughout the country and its population from the 1st December in anticipation of the big day. 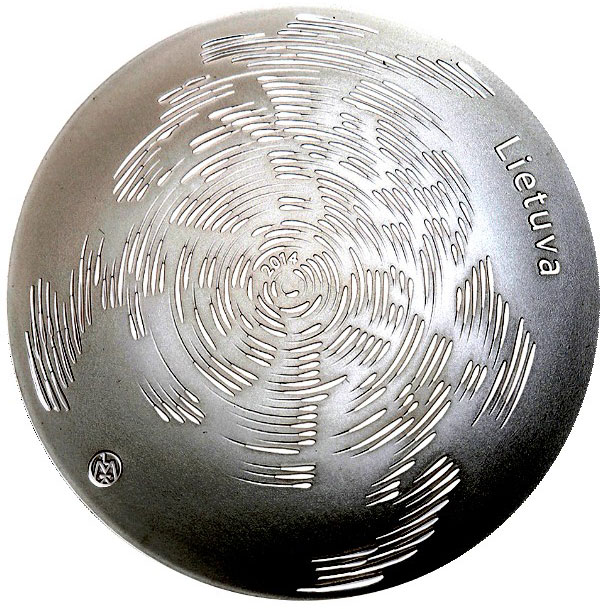 The new coin, designed by the artist Agne Dautartaite-Krutule and struck by the Lithuania Mint devises new and innovative methods to produce an unusual optical illusion. The obverse of the coin features a stylized coat-of-arms of the Republic of Lithuania, the Vytis which creates an effect of motion. The year of issue, “2014” and the mintmark of the Lithuanian Mint complete the design. 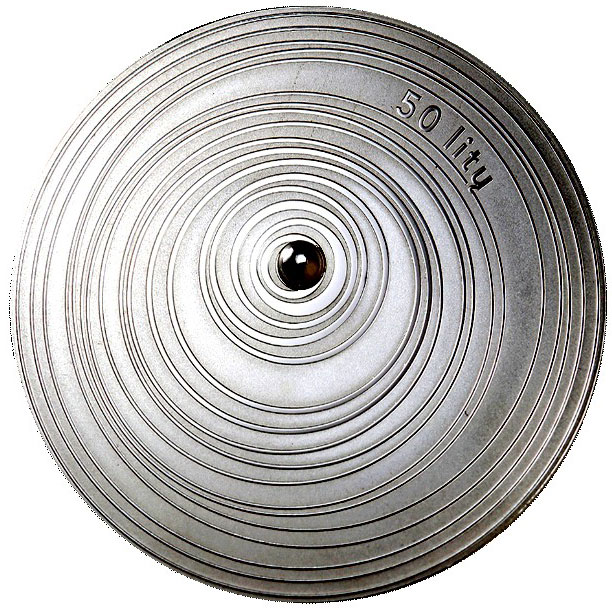 Incorrect arrangement or alignment of correct circles on the reverse of the coin creates an unpredictable illusion of motion as though hypnotized. No matter how you turn the coin all the elements on the obverse and the reverse remain proportional. Because of the optical turning illusion, these elements look un-formed – it seems as though they change their shape if you stare at them, in similar fashion to Optical art. This illusion is a reason why the coin looks bigger and thinner than it really is. A silver spherical polished ball is a significant accent which emphasizes the optical effect of spinning.

For further information on this and other coins produced by the Mint of Lithuania, please visit their website at: http://kalykla.lt/monetos Information offered in English and Lithuanian.