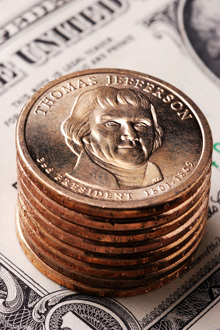 A bill recently introduced in the House of Representatives would broadly seek to improve the circulation of $1 coins and eventually have them replace $1 Federal Reserve Notes as the only $1 monetary unit issued and circulated by the Federal Reserve System.

Introduced on September 20, 2011 by Rep. David Schweikert, the bill H.R. 2977 The Currency Optimization, Innovation and National Savings (COINS) Act includes a detailed set of requirements to accomplish its goals. This includes removing Susan B. Anthony Dollars from circulation, improving circulation of the Presidential $1 coins and Native American $1 coins though various methods, the issuance of several annual or quarterly reports, and a specific deadline after which Federal Reserve Banks may no longer order $1 bills.

In a press release Schweikert said, “At a time when we are staring down a record-breaking $1.3 trillion deficit, any commonsense measure that cuts billions needs to be given serious consideration. That is exactly what the COINS Act will do and why I am introducing it.”

In July and August, five separate bills had been introduced in Congress seeking to abolish or severely limit the production of $1 coins. (See CoinUpdate.com coverage here and here.) Although these bills seek to do basically the opposite of the COINS Act, each of the bills or their sponsors also cited elimination of wasteful spending or cost savings.

As part of the effort to improve the circulation and remove barriers to circulation for $1 coins, the COINS Act requires the Board of the Federal Reserve System to sequester all Susan B. Anthony Dollars minted from 1979-1981 and 1999 within six months of enactment. These coins may not be returned to circulation, but may only be released at face value and in bulk quantities to coin dealers or countries that have adopted the United States dollar as their base unit of exchange. 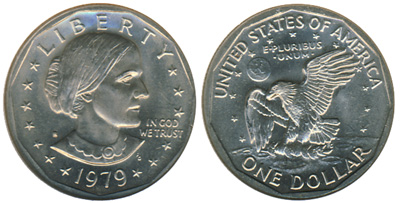 After a one year period, the Secretary of the Treasury shall declare these coins obsolete, although to the extent they remain in general circulation they will remain legal tender. The Board of Governors will be required to issue quarterly reports on the number of Susan B. Anthony Dollars that are sequestered, the number that remain in circulation, and efforts to reduce both amounts to zero.

Transitioning from $1 Bills to $1 Coins

The COINS Act seeks to eventually have $1 coins replace $1 bills as the only unit of currency for the denomination. A deadline is created after which Federal Reserve Banks may no longer place $1 bills into circulation. The deadline would occur at the earlier of (1) the date when $1 coins placed into circulation after the enactment of the COINS Act exceeds 600 million annually; or (2) four years after the date of enactment.

After the deadline, there would be a one year transition period during which Federal Reserve Banks could continue to place into circulation any $1 bills on hand or deposited with it. During this time, no new $1 bills may be ordered and unfit currency would continue to be removed from circulation and destroyed.

An exception is provided for the Board of Governors of the Federal Reserve System to produce $1 bills from time to time to meet the needs of collectors. All $1 Federal Reserve Notes would continue to remain legal tender.

In order to become law, the COINS Act must be passed in both the House of Representatives and the Senate, and then signed into law by the President. The bill currently has two cosponsors and has been referred to the House Committee on Financial Services.