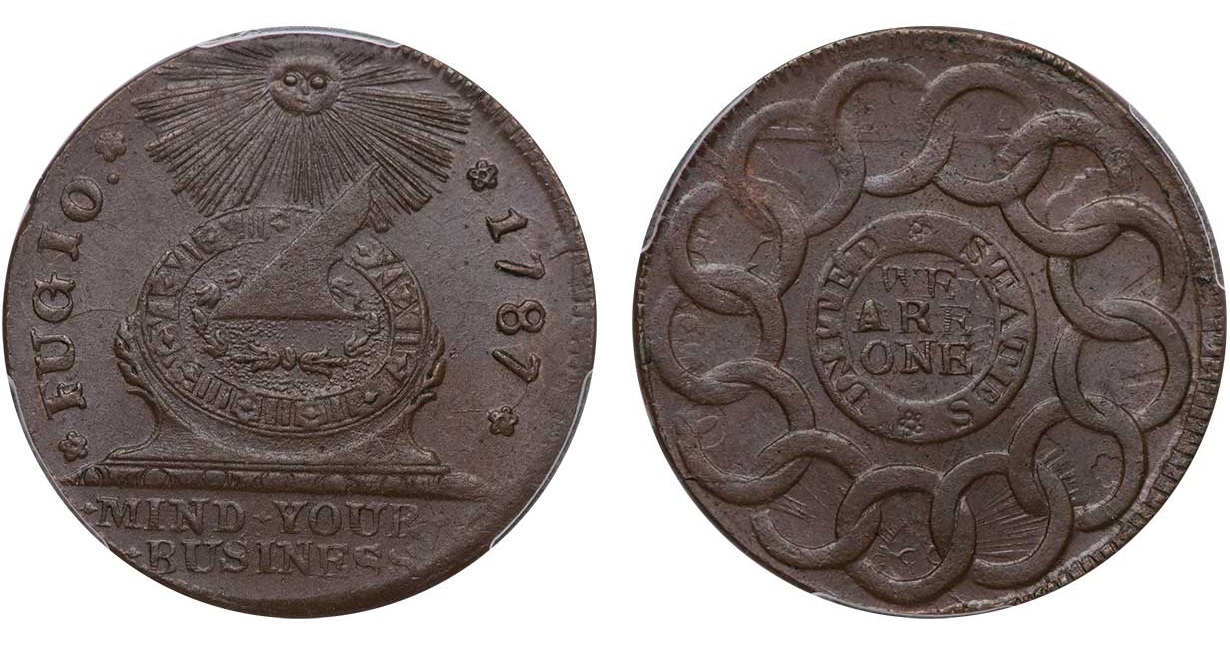 (Lincroft, NJ—May 18, 2018) Nearly double the number of lots in a typical Regency Auction, Legend’s 26th Regency, held over two days in New Orleans attracted the largest number of viewers, registrants, and bidders in the firm’s history. Directly leading to an explosion of activity prior to and during the live auction sessions. In all, 855 lots crossed the auction block, with 237 silver dollars making up the first ever thematic session dubbed “Dollar Day.” With anchor consignments of Morgan and Peace dollars sold on Wednesday and major collections of Barber dimes and quarters, toned Proof Indian cents, three-cent nickels, toned Walking Liberty half dollars, Carson City half eagles and patterns making up Thursday’s auction session. The firm reports a 20% increase in the number of registered bidders from the previous record achieved at Regency Auction 23. The official auctioneer for the PCGS Member’s Show brings out some of the biggest and best buyers resulting in netting exceptionally strong results for consignors.

Regency Auction 26 began with an explosive start. The first day’s offerings, focused solely on silver dollars, anchored by the P.F.M. Collection of Morgan Dollars, selections from the world-famous Aurora Borealis Collection of Toned Morgan Dollars, and the Crow River Collection of Peace Dollars. In all, the 237-lot auction session saw record-breaking participation from numismatic enthusiasts from all over the world. Amongst the most notable pieces, the highest grossing lot in the session was the 1892-S dollar in MS-65 from the P.F.M. Collection, the current # 6 PCGS Registry Set, realizing $193,875.

Other Dollar Day highlights hailing from the P.F.M Collection of Morgan Dollars, the Crow River Peace Dollar Collection, and other important consignments include: 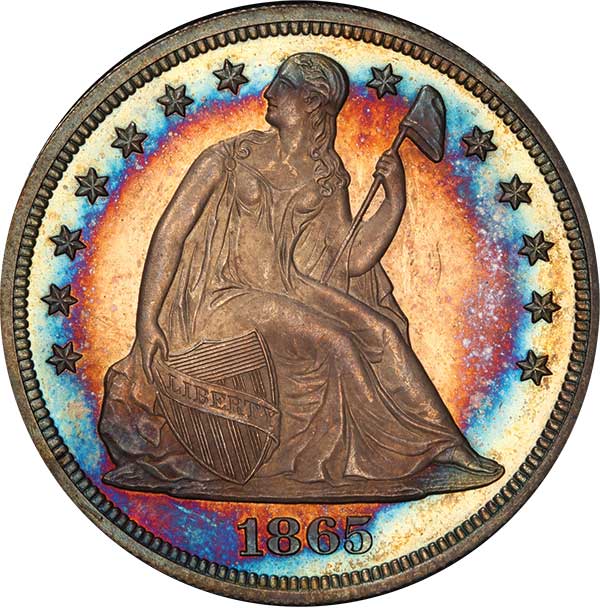 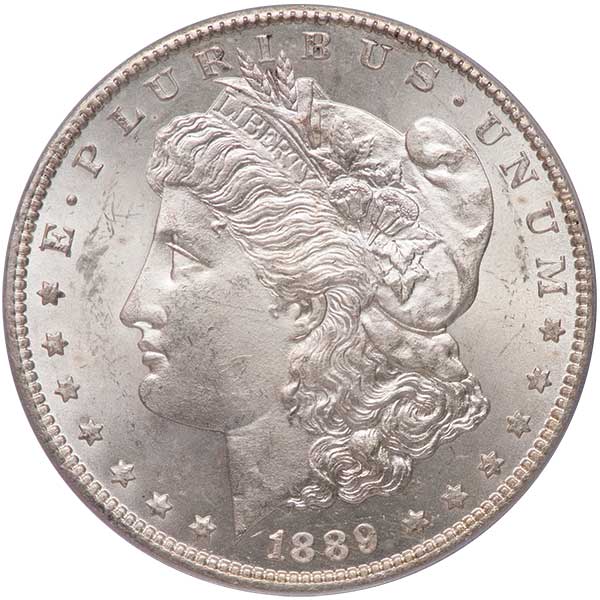 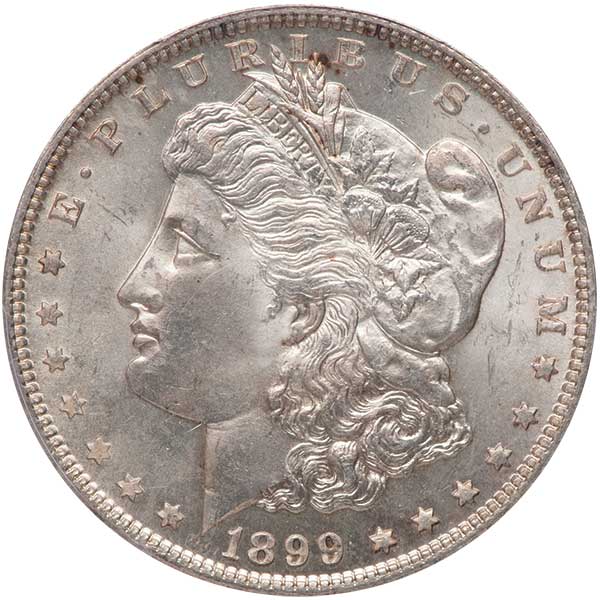 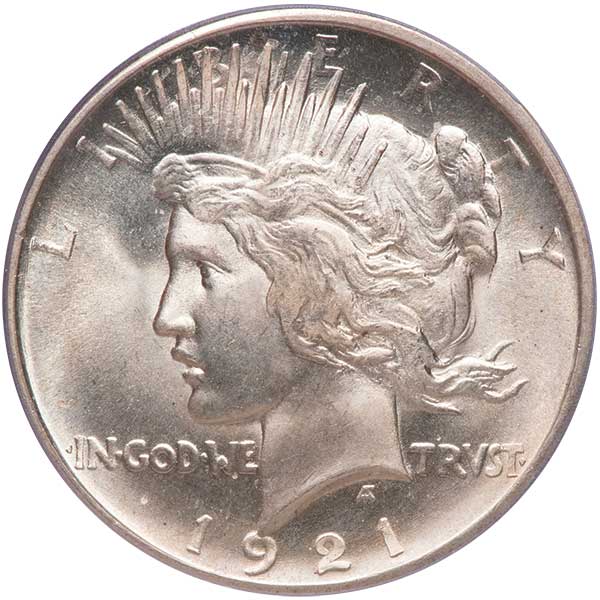 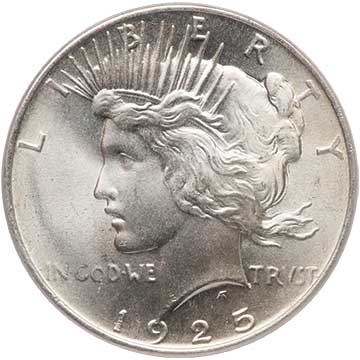 “Silver dollars have always been a major part of our firm’s legacy,” Julie Abrams, president of Legend Rare Coin Auctions said after the conclusion of Dollar Day. “Now the P.F.M. and Crow River Collections are among the great collections of silver dollars we have been privileged to auction over the years, all of which have brought record numbers—we are proud to add these two collections to our list of record-breaking silver dollar auctions.”

“We knew early on that the concept of Dollar Day would attract not just great consignments that came in after the announcement was made, but it would bring out the very best, strongest buyers to the auction. We had so many requests to view lots ahead of time—in our California and New York City official previews, special requests at Central States, and appointments for private viewings in our headquarters that these amazing collections would attract record prices,” added Greg Cohen, senior numismatist for LRCA.


The Regency Auction continued the evening of Thursday, May 17. From the start, bidding was fierce, with drawn-out bidding warfare breaking out on many lots. The Premier Collection featured duplicates from a world-class collection of Proof Barber dimes, Mint State Barber quarters, and Walking Liberty half dollars assembled quietly and patiently by an astute Legend Numismatics client. Following the Premier Collection, many coins realized well in excess of their estimates, in some cases double the estimate or more. Historically important coins experienced extremely strong demand, including the Gem Fugio copper and Confederate cent restrike. Selections from the Aurora Borealis Collection of toned Indian cents drew attention from specialist collectors realizing strong bids across the board. Silver type coins also attracted extremely strong bidding, especially for fresh to the market Gem quality issues. A small, high powered group of Seated half dimes and other 19th-century silver realized well in excess of presale estimates exceeding expectations. Coins with beautiful toning sparked a fire among collectors, with the toned Walking Liberty half dollars featured in the Dale Larsen Collection eliciting exceptional results overall. The small selection of classic commemoratives proved that there is life to this series that has just been battered over the years. Gold coins in all series glittered and glowed. Anchored by the Oak Crest Collection of Carson City Half Eagles, advanced collectors, gold bugs and many other enthusiastic buyers alike duked it out to win the coins of their fancy. Closing out the Regency Auction was Part One of the extensive Steven Cook Collection of Patterns, a large and diverse cabinet of these rare coins.

Among the many highlights, these coins showed amazing prices brought across the board: 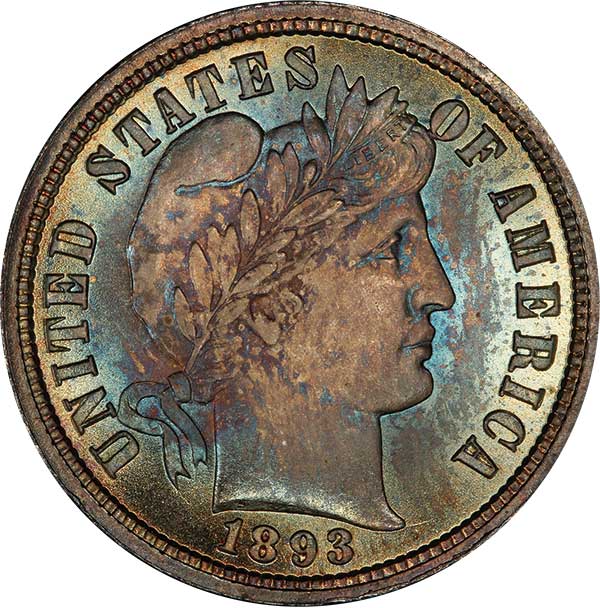 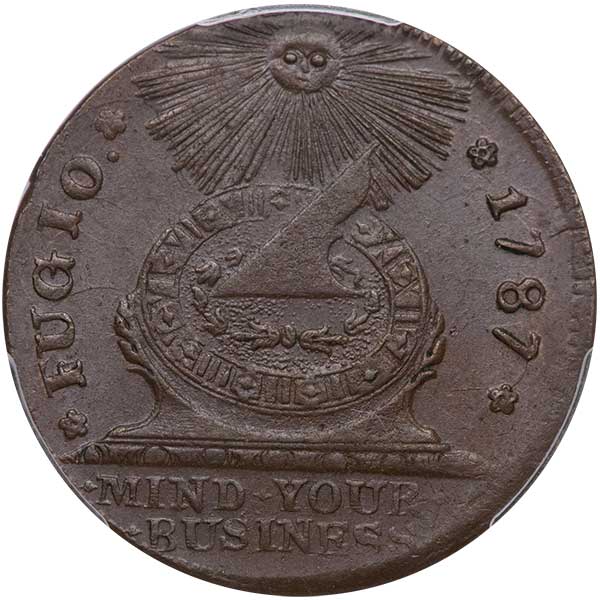 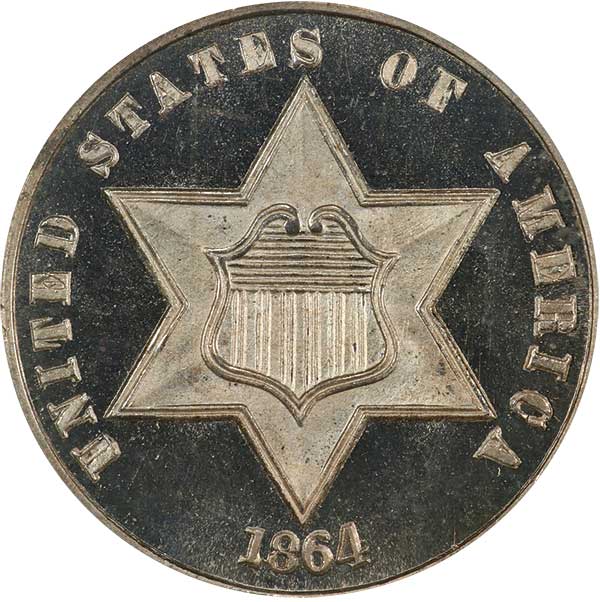 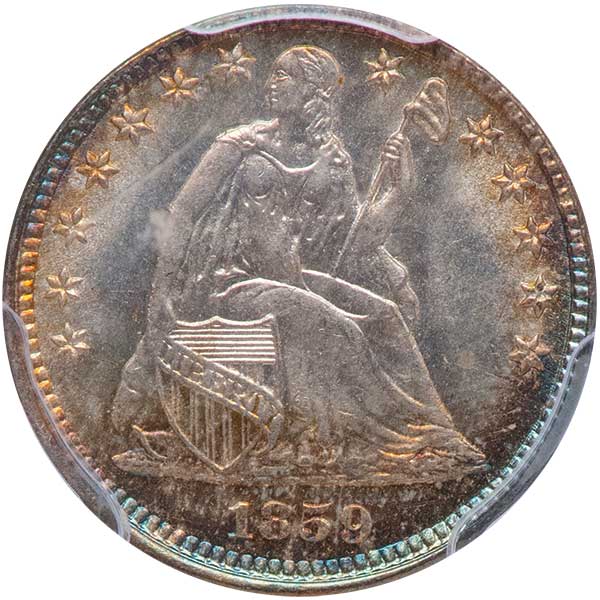 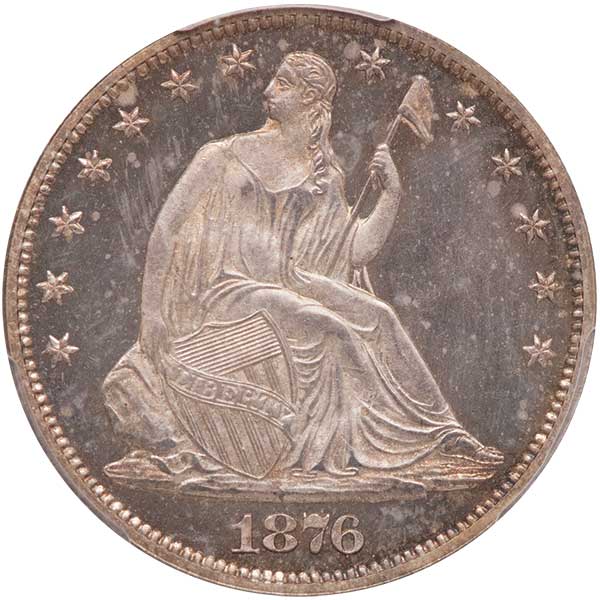 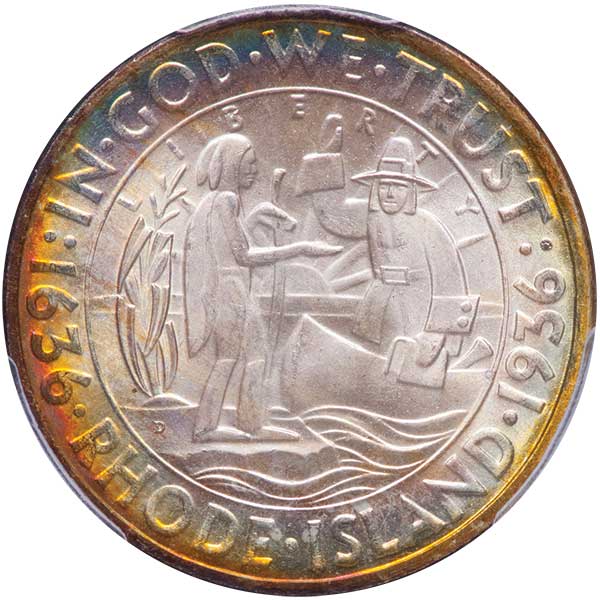 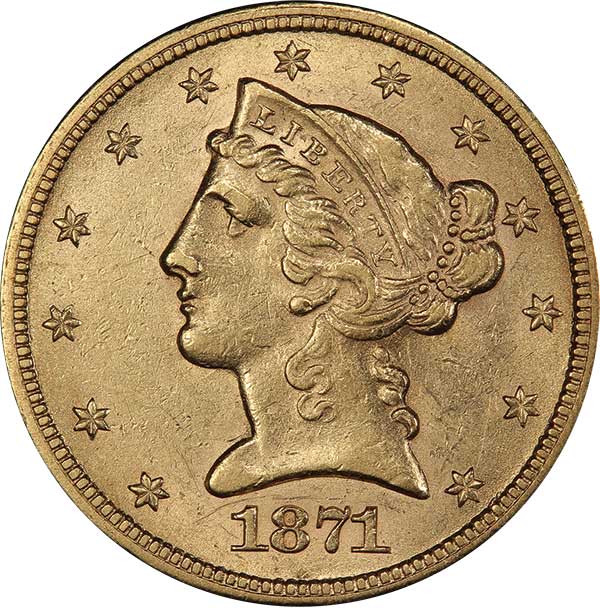 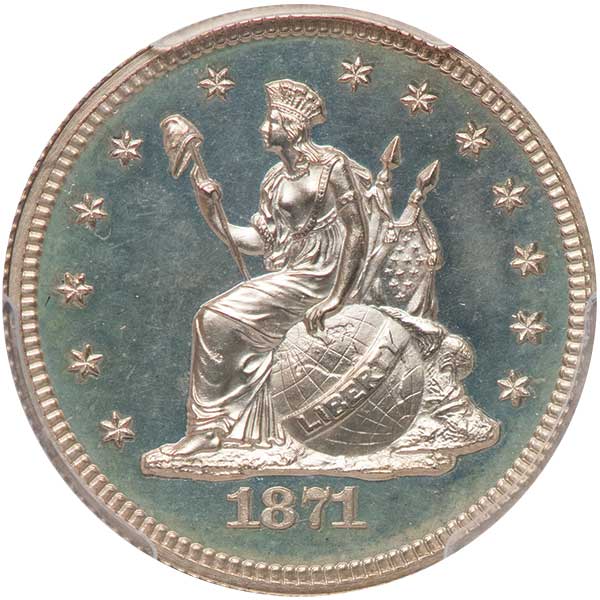 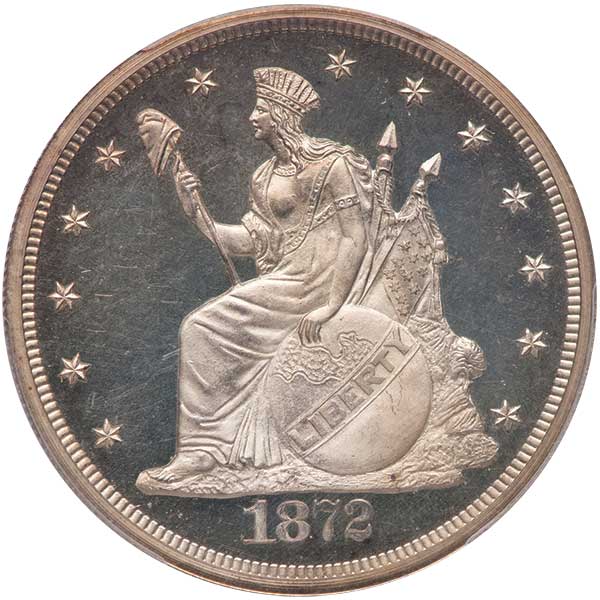 “The Regency Auction enjoyed record phone, internet, and live bidding in the room through both nights’ sales. We have never seen such a turnout for our auctions,” Laura Sperber observed. “The lot viewing table in New Orleans was standing room only from open ‘til close. Once bidding began, in many cases there were multiple bidders battling it out to bring home the numismatic prize they desired. The stats don’t just speak for themselves, they scream! There were over 100,000 unique page visits. All the exposure we gave the coins in our worldwide marketing campaign prior to the sale and lot viewing across the country, made sure that every coin was seen by the largest possible group of buyers.”

Julie Abrams added, “Legend’s special brand of boutique auctions, with hand-selected consignments, and expert descriptions have yet again brought out the biggest and best buyers, helping our consignors realize maximum value for their prized rarities. We are always accepting consignments for our upcoming auctions, and the July Regency Auction already has hundreds of great, fresh to the market coins: including a “mini pre-1800 type set,” a world-class Morgan dollar collection from a well-known specialist, the Chester Roche Collection of Gold Coins, and Part Two of the Steven Cook Pattern Collection”