One of the three known proof 1804 Gold Eagles made on behalf of President Andrew Jackson and a rare 1804 Eagle silver pattern have been acquired by Legend Numismatics of Lincroft, New Jersey and sold to a Texas collector.  Both coins will be publicly displayed together for the first time at the upcoming American Numismatic Association World’s Fair of Money convention in Boston, August 10 – 14, 2010. 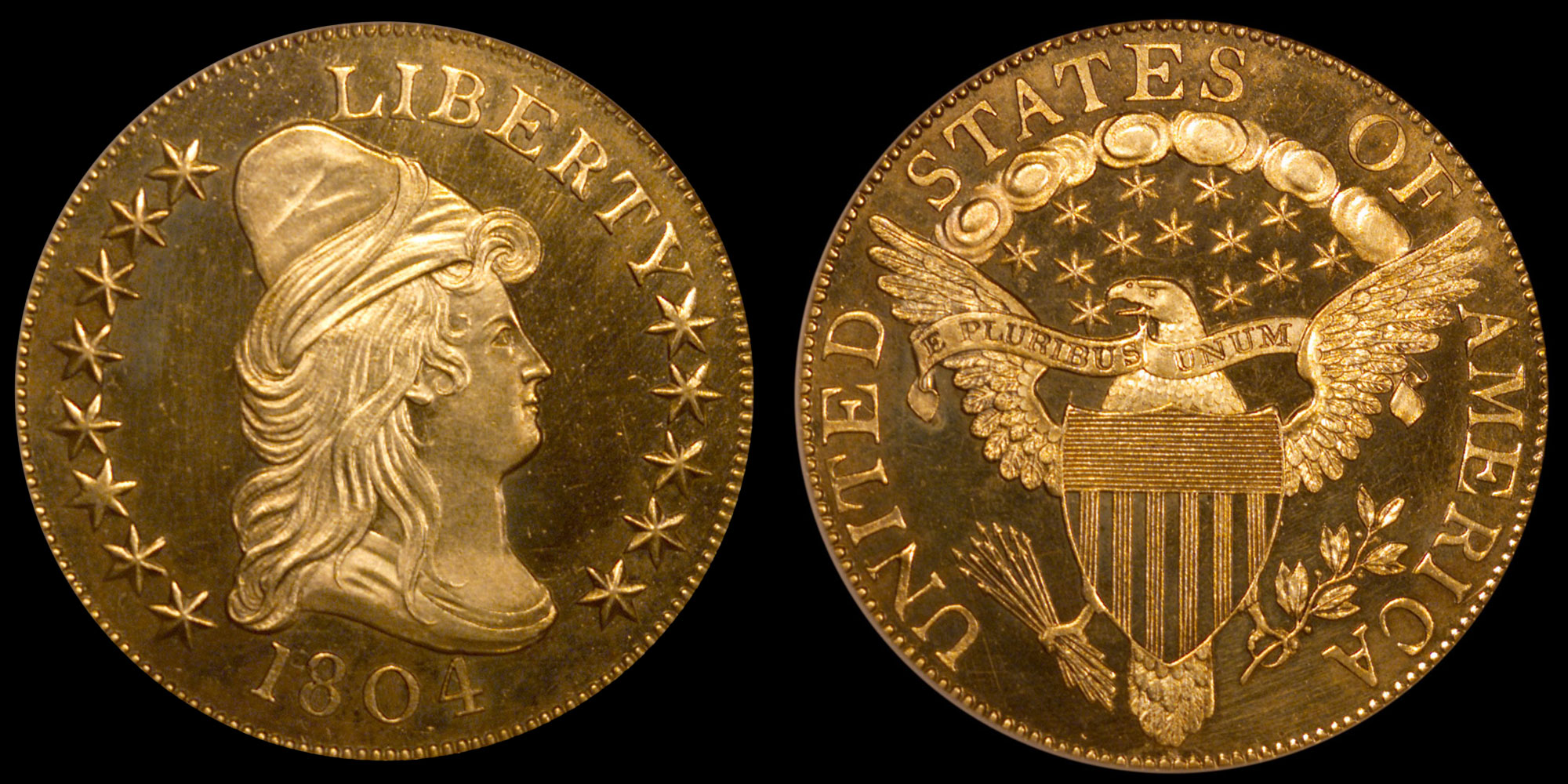 “The 1804 proof gold Eagle is a classic American rarity and the silver pattern is an amazing companion to it.  Both coins are now part of the incredible collection being assembled by Bob R. Simpson of Texas, a connoisseur of numismatic quality and rarity and a long-time client and friend,” said Laura Sperber of Legend Numismatics.

The coins will be displayed at the Numismatic Guaranty Corporation booth (#704) at the ANA convention. 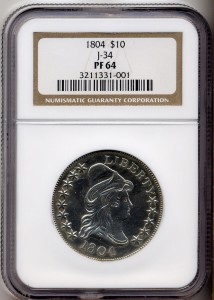 “It’s beyond incredible to see these two coins side-by-side.  A silver proof 1804 $10 redefines ‘coolness’ in my book, and I’ve handled an awful lot of world-class rarities.  The gold 1804 $10 is so sharply struck it looks like a medal, and it’s one of the most beautiful coins I have ever seen,” said Sperber.

The purchase and sale prices were not disclosed for these transactions.  The 1804 gold proof Eagle made national headlines in 2007 when it was sold for $5 million, a record price at the time for a certified, encapsulated U.S. gold coin.

Although dated 1804, the coins were struck in 1834 or 1835 with the gold Eagle intended for use in overseas diplomatic gift presentation sets presented on behalf of President Jackson.  The pedigree of this coin includes such famous collectors as Waldo Newcomer, former U.S. Treasury Secretary William H. Woodin and Col. E.H.R. Green.  It was displayed at the opening reception for the Smithsonian Legendary Coins and Currency exhibit in 2005.

“The preparation of diplomatic presentation sets of United States coins circa 1834-35 prompted the minting of this proof-only edition.  As no ten-dollar pieces had been issued since 1804, the Mint Director requested and received several proof examples from dies back-dated to 1804 but prepared for this occasion using technology of the 1830s,” explained David W. Lange, NGC Research Director.

The 1804 Capped Bust Eagle and 1804 silver Eagle are listed in the standard reference book, United States Pattern Coins (10th edition) by J. Hewitt Judd, M.D.  The gold coin is described on the book’s rarity scale as R8 (two to three examples known) and the silver pattern as H7 (four to six known).

“Mr. Simpson’s patterns collection is unparalleled.  These two coins now are part of an unprecedented collection that includes such famous rarities as the Amazonian set, a marvelous example of the 1792 silver-center cent (Judd-1) and two quintuple Stellas.  His Bickford $10 patterns set will be displayed as one of the highlights in the Museum Showcase area at the ANA convention in Boston,” said Sperber.