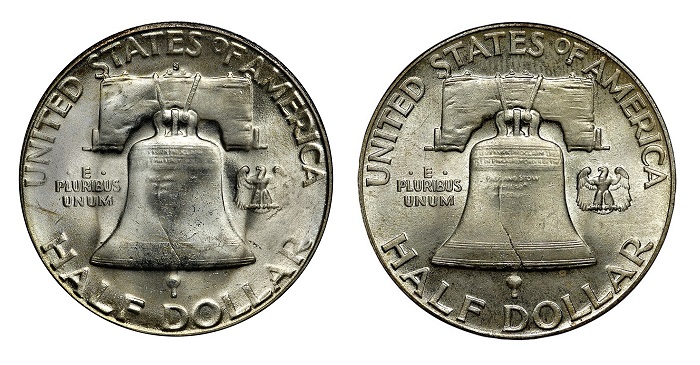 NGC uses a numeric grade to succinctly describe a problem-free coin’s condition. Certain coins, however, are eligible for a more nuanced description of their condition and appearance. For these coins, NGC graders follow the numeric grade with a range of designations, often called “Strike Characters.”

The coin features the iconic Liberty Bell on its reverse. To qualify for NGC’s full bell lines (FBL) designation, all the horizontal lines on the bell must be distinct. Often, the strike can leave the lower bell lines incomplete. The rarity of the FBL designation varies across the series, though coins from San Francisco consistently have trouble qualifying. 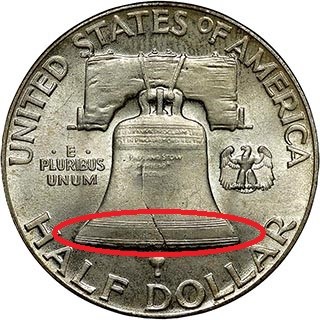 The part of the Franklin half dollar that determines the FBL designation.

The FBL strike character can be combined with the strike characters “PL” (for Prooflike) and “DPL” (for Deep Prooflike), but to date, only a handful of PL Franklin half dollars have been certified by NGC (with no DPL ones). The full list of potential combinations is as follows:

Coins with certain strike characters are often more highly prized by collectors. As a result, strike characters are separated on different lines for each coin in the NGC Census to give a better understanding of their relative rarity. The NGC Price Guide also lists the FBL designations separately.

NGC assigns these strike characters automatically as part of its normal grading process for no additional fee.