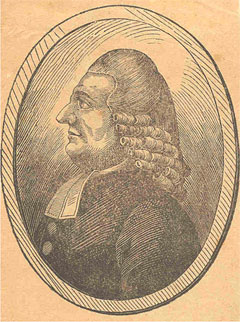 The Bank of Latvia have issued a new collector’s coin which is dedicated to the memory of one of the country’s most outstanding writers remembered for his fundamental contribution in the area of culture, education, and science, including inter-cultural dialogue. On the 300th anniversary of the birth of Gotthard Friedrich Stender (1714-1796), who was nicknamed Vecais Stenders, or Old Stenders – G. F. Stender was an outstanding representative of the 18th century Enlightenment. A German born in the pastoral estate of Laši (now Eglaine), in the Duchy of Courland and Semigallia, he studied philosophy and theology at Universities of Jena and Halle. He served both as a pastor and as an inventor, Stender made globes for the royal court of Denmark, he provided a method for determining the geographical longitude at sea, and even constructed a primitive washing machine! In 1765, Stender returned to his native land and spent the last thirty years of his life enlightening and educating the Latvian serfs.

Old Stenders is considered the founder of Latvian secular literature: he wrote fairy-tales, fables, short stories and popular songs. Stender compiled a working alphabet in Latvian and performed tasks essential for the formation of a cultural nation by writing a grammar of the Latvian language and compiling a practical a Latvian-German and German-Latvian dictionary. If the compiling of a workable alphabet and dictionary wasn’t enough to guarantee his place in literary Latvian history, what is considered most outstanding work, his “Book of High Wisdom on the World and Nature” published in 1774 is in fact, the first peasant encyclopaedia in Europe. In these volumes, Old Stenders explains natural phenomena and the basic principles of physics and astronomy, including the rotation of the Earth around its axis and around the Sun, and gives basic insights into issues related to meteorology, zoology, botany, chemistry and geography as well as describing to his readers about mountains, deserts, earthquakes, volcanoes, seas, and rivers.

This truly remarkable man may not have had the range of other figures of the Enlightenment like Jean-Jacques Rousseau, Voltaire, Denis Diderot, or Johann Gottfried Herder, however his contribution to the evolution of the Latvian nation and its people is invaluable. Stender is credited with encouraging ordinary Latvians to think and was the first to offer praise to the land of his birth in poetry. Confirming his unity with the emerging Latvian nation, his headstone in Sunākste (now in the Viesīte region) simply reads “Latwis” – Latvian. 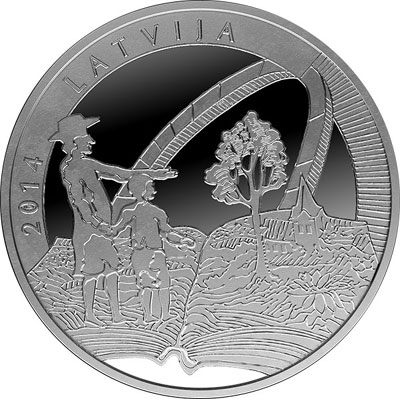 The coin was designed by Aigars Ozoliņš & Jānis Strupulis and struck by the Royal Dutch Mint on behalf of the Bank of Latvia. The primary design is inspired from the title page of the first edition of the “Book of High Wisdom on the World and Nature” which is the central motif. A pastor is depicted showing a boy how full of wonders this world is. At the top on the left, there is the semi-circled inscriptions “2014” and “LATVIJA”. 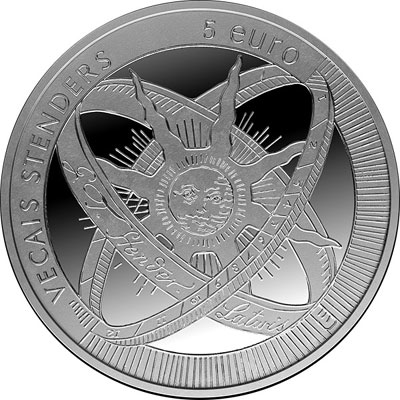 The reverse of the coin features the progressive idea of the world, the heliocentric concept of the universe. The image comprises the inscriptions “G. F. Stender” and “Latwis”. Along the outer margin, there are semi-circled inscriptions “VECAIS STENDERS” on the left and “5 euro” slightly to the right.

The coin is available directly from the Bank of Latvia, for more information on this and other coins issued, please visit their website at: http://www.bank.lv/en/money/collector-coins-at-the-bank-of-latvia-cashiers-offices Information offered in both Latvian and English, international orders dispatched. A list of previously issued collector coins denominated in Lats which are still available for sale is included on the main page.