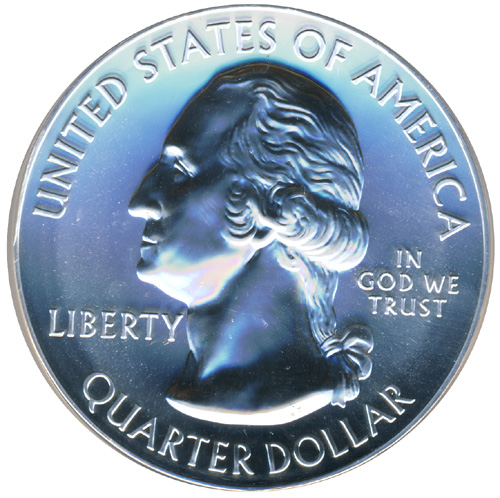 With this week’s planned release of the first numismatic version of the 2010 America the Beautiful (ATB) five ounce silver coins and the start of sales to Mint distributors of the first 2011 bullion coins, now is a good time to review the latest developments within the series.

A U.S. Mint press release indicated that the price for the Hot Springs numismatic version of the 5 ounce ATB coins would be $279.95. The numismatic versions have a “P” mintmark for Philadelphia, an uncirculated finish, and come in a protective capsule and presentation box with a certificate of authenticity. The coin is widely expected to sell out very quickly, perhaps within hours of the start of sales on April 28 at 12:00 Noon ET. The Mint has imposed a one coin per household limit, and will sell the coins through its 800 number (1-800-USA-MINT) and web site (http://www.usmint.gov).

Silver prices increased dramatically during the past week, and the Mint reserves the right to increase the price of its Hot Springs offering by release date. With silver almost reaching $50 an ounce in early trading on April 25, I would be surprised if prices are not raised to $300 or more by April 28.

The first 2011 America the Beautiful Silver Bullion Coins, featuring Gettysburg and Glacier National Park, will soon begin to be distributed to the Authorized Purchasers (AP’s) who participate in this year’s program. For more information, see this post: (http://news.coinupdate.com/america-the-beautiful-silver-bullion-coins-distribution-0786/).  Because there are no special restrictions on sales this year, the process is expected to go more smoothly, although it is not clear what kind of premium the AP’s will charge for this year’s bullion coins.

The AP’s were required to certify by April 21 that all 2010-dated coins were sold to the public in accordance with the Mint’s requirements to be eligible to purchase this year’s coins. The AP’s were told they would receive confirmation of their allocation by design and quantity on April 25 and could start placing their orders the same day.

PCGS President Don Willis issued a press release on April 22. It stated that beginning May 1 his company will accept the ATB coins under PCGS’ modern coin tier, which means each coin will cost $14 rather than $30 to grade, not counting the $18 first strike fee if selected, $8 per order handling fee, and shipping and insurance. However, Mr. Willis also explained that PCGS will begin charging a $20 fee for each coin or medal requiring a special oversized holder. For information on PCGS’ submission guidelines for these coins, see this page (http://www.pcgs.com/5ounce.html) 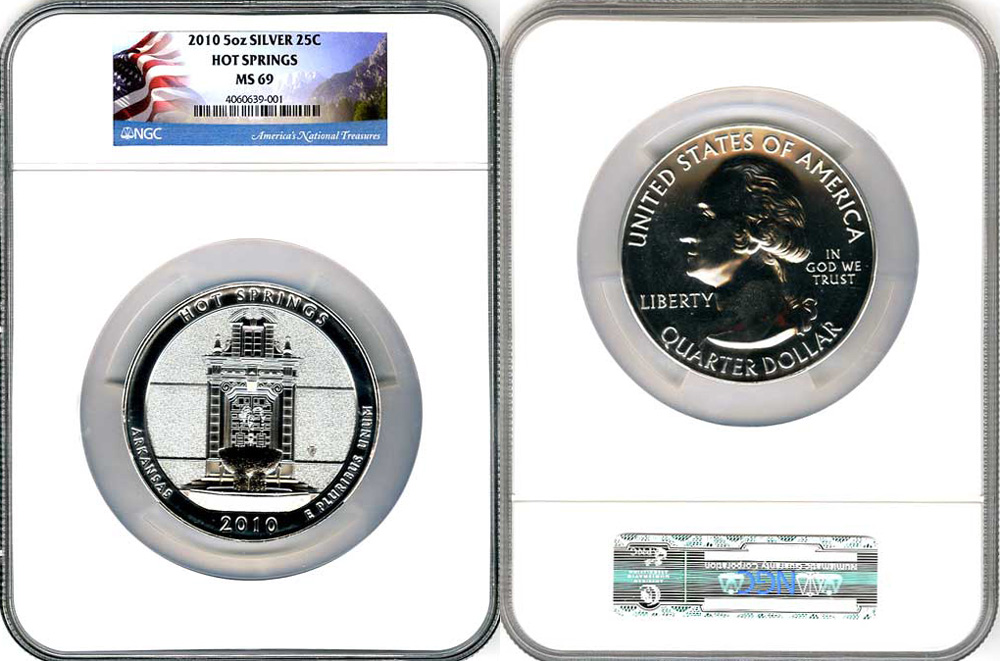 NGC currently also accepts the ATB coins under its modern tier for $14 if five or more are submitted plus a $25 fee for the extra large holder. Therefore, PCGS’ overall fee, not counting handing, shipping and insurance, will be $34 per coin, while NGC’s remains $39 per coin. The NGC slabs are almost exactly twice the size of the PCGS slabs, which helps account for the $5 difference in cost for the extra large holders.

Although those are rather substantial fees to have the coins graded, in many cases it is possible to increase the value of ATB coins and sets by thousands of dollars if they are submitted, and high grades are received. Although the bullion coins were not made or handled with the care that collectors coins receive, many high grade pieces are available on the marketplace.

Both PCGS and NGC are designating America the Beautiful Silver Bullion Coins with highly mirrored surfaces as prooflike (PL) or deep mirror prooflike (DMPL). While lots of coins have received these designations, those which are graded MS69 DMPL and PL are the most valuable on the secondary market. PL and DMPL coins graded below MS69 command much lower premiums, as do regular mint state coins below 69.

Prices for raw and slabbed coins have declined substantially since they first entered the secondary market, as frequently happens with modern coins that generate unusually high interest, and in this case the situation was affected by the difficulties encountered when ordering from the AP’s. In many cases the coins can currently be purchased on eBay for prices that are only a little higher than melt value for raw sets. Higher-end coins such as the MS69 DMPL’s have also declined, but those coins, depending on the specific issue, continue to remain approximately $1,000 or more, which is about what most people paid the AP’s for an entire set.

Coins slabbed as “Choice BU or “Gem BU” have not been considered for numerical grades. I had some of these graded, and in some cases they came back from PCGS and NGC as MS69, MS69 PL, and MS69 DMPL, the highest grades for this series, as no coins have received a perfect MS70 from the top two grading companies. I therefore continue to question why many people are selling their sets for bullion prices and are not having them re-graded. However, the quality of the coins must be evaluated before submitting them, especially given the high cost to have them graded or re-graded. If you have a good relationship with a local dealer, you may be able to have them take a look at your set and advise you on whether it is worth having them numerically graded.

In addition, as more and more coins are graded, population numbers will be increasing, which is likely to result in reduced valuations for some coins. But that should be mitigated by rising silver prices and the scarcity of the 2010 coins.