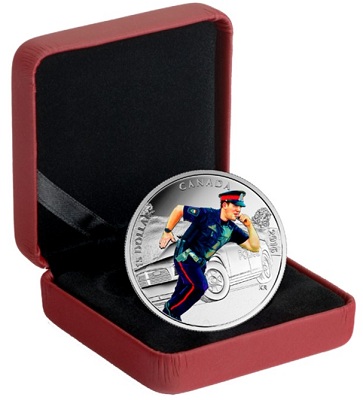 The Royal Canadian Mint has launched the third silver coin in its popular “National Heroes” series, which salutes the jobs, people, and services we all depend on to keep us healthy and secure. The third coin in the series pays homage to the police — men and women who routinely put themselves between civilians and innumerable dangers.

From traffic control to crime investigations, these dedicated officers work tirelessly to uphold the laws of our land while keeping communities safe. Canada boasts nearly 69,000 police officers working across the country, with a ratio of a roughly 194 police officers for every 100,000 Canadians. This number is considered above standard for many western countries, while the provinces of Ontario, Newfoundland, Labrador, and Quebec maintain their own separate provincial police services.

When we think of police officers or our local police departments, we usually regard them as maintaining law and order only at home, but police services are also involved in international peacekeeping missions. Police represented 70% of Canada’s contribution to United Nations peacekeeping efforts in May 2014, as well as 72% of the U.S. involvement. The Canadian Peace and Police Officers’ Memorial on Parliament Hill in Ottawa bears the names of 850 officers killed in the line of duty. 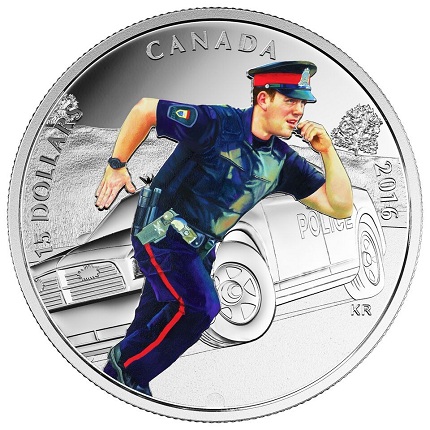 The reverse side of the coin is designed by Canadian artist Ken Ryan and uses selective color over detailed engraving in this rendition of a police officer in action. Appearing in the background is a police car parked on the side of a paved roadway; in the foreground, a police officer in a dark blue uniform responds to crime. 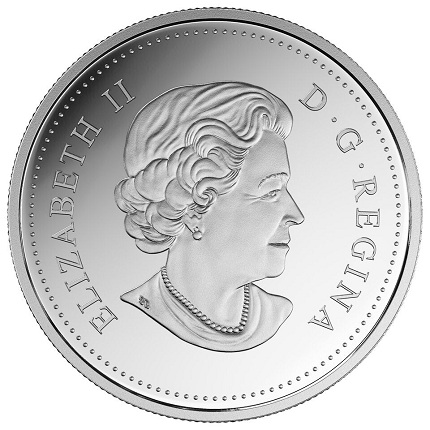 The obverse includes an effigy of HM Queen Elizabeth II as designed by Susanna Blunt, which has been used on all Canadian circulation coins and most commemorative issues since 2003.

The coin is encapsulated and presented in a Royal Canadian Mint-branded maroon clamshell with protective cover box. The last coin in the series will be issued later this year and will be dedicated to the military.

For more information on this and other coins offered by the Royal Canadian Mint, please visit their Web site. International sales will be dispatched where applicable; the coins can also be purchased at selected RCM retail stores.