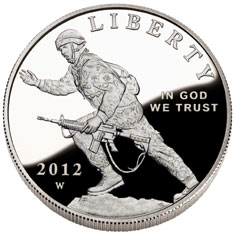 The United States Mint recently gave collectors notice of their last opportunity to purchase certain numismatic products. A total of thirty two different numismatic product options are included in a “2012 Last Chance” section of the Mint’s online product catalog, with sales scheduled to end on one of four dates between November 14, 2012 and December 31, 2012.

The US Mint has held a last chance “sale” for the past several years to showcase products which will soon be discontinued. The products are available on a limited time, first come, first served basis with no household ordering limits. Although a sales ending date is listed, it is possible that sales will conclude earlier if all remaining inventory sells out at an earlier time.

A summarized list of the products which are scheduled to conclude sales is shown below. Certain coins may include different packaging options and/or proof and uncirculated versions.