During a meeting held on November 15, 2012, the Commission of Fine Arts (CFA) reviewed obverse and reverse design candidates for the Congressional Gold Medal honoring Code Talkers from the Lakota Standing Rock Sioux Tribe.

Under the Navajo Code Talkers Congressional Gold Medal Act passed in 2000, the Congressional Gold Medal was awarded to Navajo Code Talkers for their contributions during World War II. Under the Code Talkers Recognition Act of 2008, an additional 22 tribes will be recognized for their contributions during World War I and World War II. The CFA previously reviewed medals for other tribes on three separate occasions. Previous coverage can be found here, here, and here. 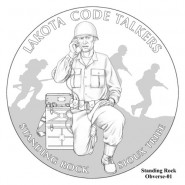 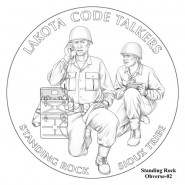 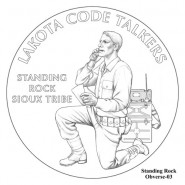 From the three obverse design candidates provided by the United States Mint, the CFA recommended alternative #2. They did suggest that the scale of the figures should be reduced in order to move the soldier’s foot from the circumferential ring of text. They mentioned that the integrity of the text circle should be maintained as a design principle. 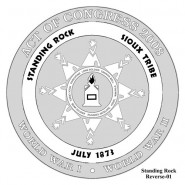 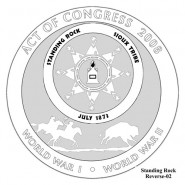 From the two reverse design candidates, the CFA recommended alternative #1, which is consistent with the preference of the tribe.

The authority to select the final designs for the medal rests with the Secretary of the Treasury.

After the selection of the design and production of the gold medals, the authorizing legislation states that the Smithsonian Institution shall accept and maintain the gold medals and is encouraged to create a standing exhibit for Native American code talkers or Native American veterans. Silver duplicate medals will be awarded to members (or their next of kin or other personal representative) of the recognized Native American tribes who served in the Armed Forces as a code talker. Finally, bronze duplicate medals are expected to be struck and sold to the public.