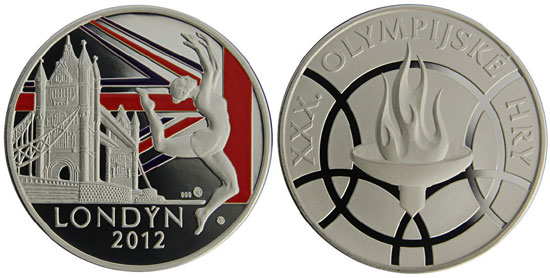 The three medals include several traditional symbols of both the games and London which are artfully blended together to create a medal which is both eye-catching and in the case of the silver edition, colorful. The obverse of the design common to all three medals sees the towers of London’s iconic and aptly named Tower Bridge to the left and to the right of the towers is a female gymnast in action. The Union jack is seen in the background – additional colors are added on the silver strike. Under the central design is the text “LONDYN 2012” positioned in two lines. The reverse side includes a segment of the traditional Olympic rings and in the center, a representation of the Olympic torch burning as it would be seen at the start of the games. The inscription “XXX OLYMPIJSKE HRY” is positioned above the primary design. 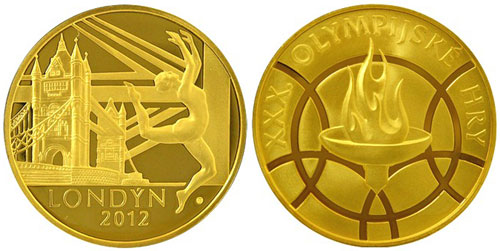 For more information on this and other products / coins offered by the Kremnica Mint, please visit their website at: http://mint.sk/nakup_novinky.php