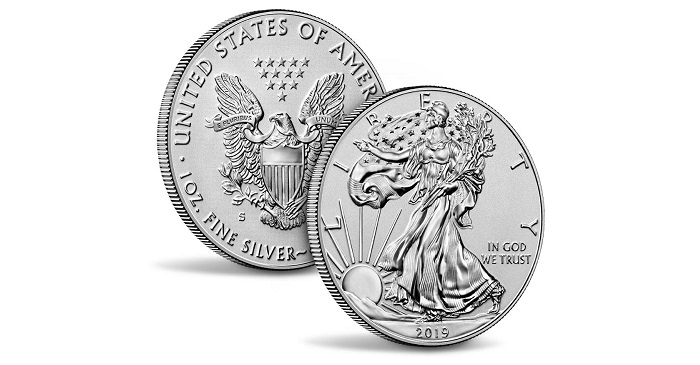 Eric Jordan, who has degrees in engineering and business, started as a collector of classic American issues like Prooflike Morgan dollars in the 1980s, but in the 1990s discovered he would not be able to complete that set and that indexed to inflation his collection had “leveled out or worse.” His attention then shifted to “the radical drop in high-end modern coin mintages” and the “low-risk opportunity they presented,” as he wrote in his well-received book, Modern Commemorative Coins (Krause, 2010). Later he co-authored with longtime dealer John Maben Top 50 Most Popular Modern Coins (Krause, 2012), which extended the analysis to coins issued after the publication of the first book and included updated mintage data.

Eric’s key argument in these books is that the potential appreciation of most coin series comes mainly from their key and semi-key dates with the rest of the series mostly along for the ride from an investing perspective. Mature, classic U.S. coin series’ key and semi-key dates have had a long time to appreciate to the point that the average collector can only afford them in low grades, if at all. As for modern coins, “Today’s key date moderns are displaying exactly the same behavior but are still affordable to the broad middle class,” as he said in a 2012 Numismatic News article.

His response to the frequently mentioned argument that modern coins have been poor investments is to focus on the key dates in series’ whose overall populations are increasing, not the common coins, and that many collectors are impatient and do not give the key coins’ value enough time to appreciate. As he noted in that 2012 piece, “All one needs to do is focus on low population attractive issues in series with rapidly expanding total populations just as collectors with foresight have for generations.”

It is true that both of Eric’s books were written at a time when interest in U.S. Mint precious metal issues was higher than it is today and that classic and modern key dates have seen their values come down as the overall coin market has softened, but the basic approach is still valid.  For example, prices for the 1995-W Proof Silver Eagle have come down, especially for graded 70s, but that coin is still worth more than the rest of the series combined for ungraded examples and 69’s [or was until the 2019-S Enhanced Reverse Proof (ERP) was issued on November 14]. For graded examples, the story is different because of advancements in minting technology. MS-70 examples of the earlier dates that are very common below that grade are very scarce and expensive in the top grade (unlike recent issues that have almost no premium in MS-70).

Eric was also the first analyst to compare the American Silver Eagle to the Morgan silver dollar in his books and articles — a comparison that other writers have picked up on. I recently interviewed him about his arguments about key date coins; how the new reverse design the Mint plans to launch in 2021 and the issuance of the 2019-S ERP, the new king of Silver Eagles, will impact the series; and how he expects that coin and its cousin, the 1995-W Proof, to perform over time. 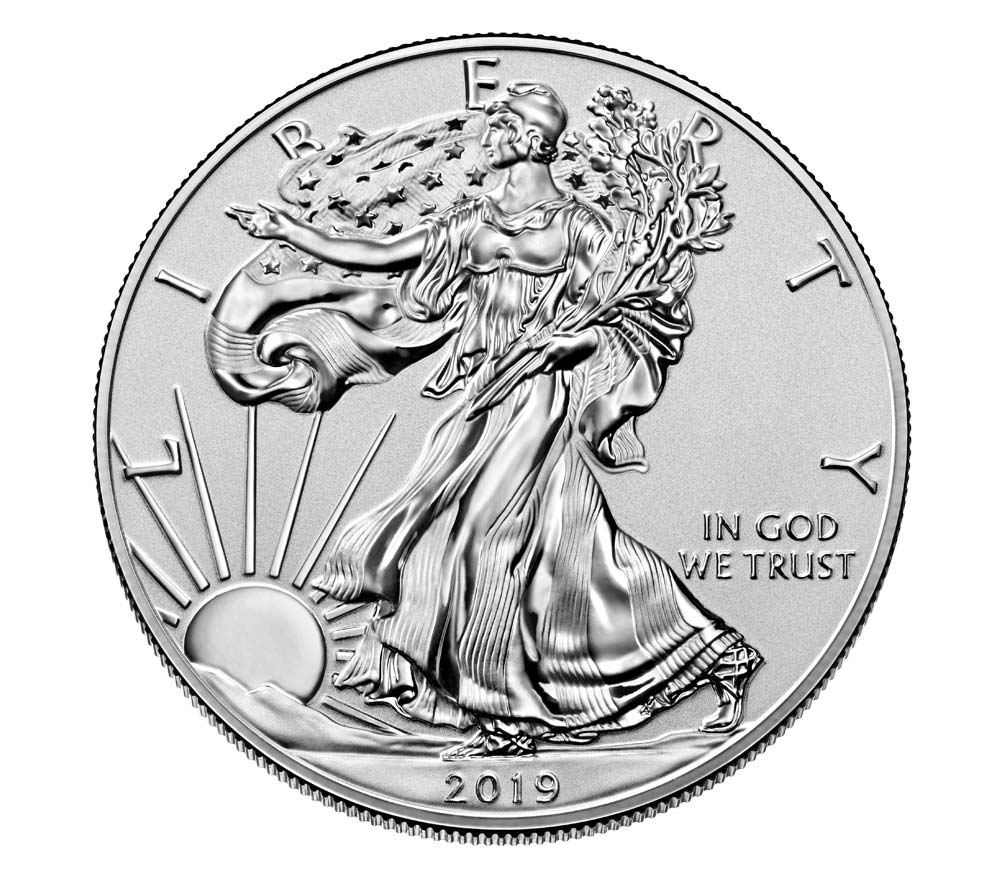 Louis Golino: Please discuss your argument that the Silver Eagle is the modern equivalent of the Morgan dollar and what it means for those who want a deeper understanding of the Silver Eagle series and where it is headed.

Eric Jordan: Silver Eagles now have a total population of over half a billion coins and have a larger population than the Morgan did in 1904 before the Pittman Act melts. It’s the modern Morgan, and the Mint indicates that it’s going to change the reverse next year, effectively closing the series. Remember this series is subject to the law of 1890 requiring at least 25 years between design changes, so we are witnessing the close of the Type I Silver Eagle and the dawn of the Type II Silver Eagle.

The Morgan had a lot going for it. Large size, good looks, massive high-grade populations, cheap common dates, high bullion content, and a wide variety in finishes ranging from Frosted to Prooflike and Proof not to mention multiple mint marks. The great melts gave Morgans another important characteristic that contributed to eventual series greatness, and that’s a great deal of stagger to the series populations. If you don’t have some key dates that are much harder to come by than the common dates, series don’t develop well. Morgans had all of this, and it’s the reason they went on to become a staple of the typical American coin collector.

LG: How is your view impacted by the forthcoming design change and by the other key coin, the 1995-W Proof?

EJ: The 1986 to 2020 Type I Silver Eagle has almost exactly the same structure. Large size, good looks, beyond massive high-grade populations, cheap common dates, high bullion content, and a wide variety of finishes. From the start, the Type I Silver Eagle had consistently large mintages that did not offer key date mintages low enough to produce the kind of key date to common date mintage differentials needed to produce a meaningful collectible. That was until the Mint issued the 1995-W Proof Silver Eagle in the four-coin gold set. The hassle and expense of buying one was the anomaly that gave this great modern silver dollar series its first and badly needed noteworthy key.

You still could buy the 95-W Proof for around $500 in early 1996, but that seemed like an exorbitant price for a coin that was issued as a gift in a gold coin set six months prior and had a 30,000 mintage. Make no mistake about it; rarity is relative. Relative to the population of the series members and the number of people that collect it. The 95-W was an order of magnitude rarity in a popular and rapidly growing population, so the coin spent the next 20 years appreciating into the $3,000 price range for PR-69 examples. 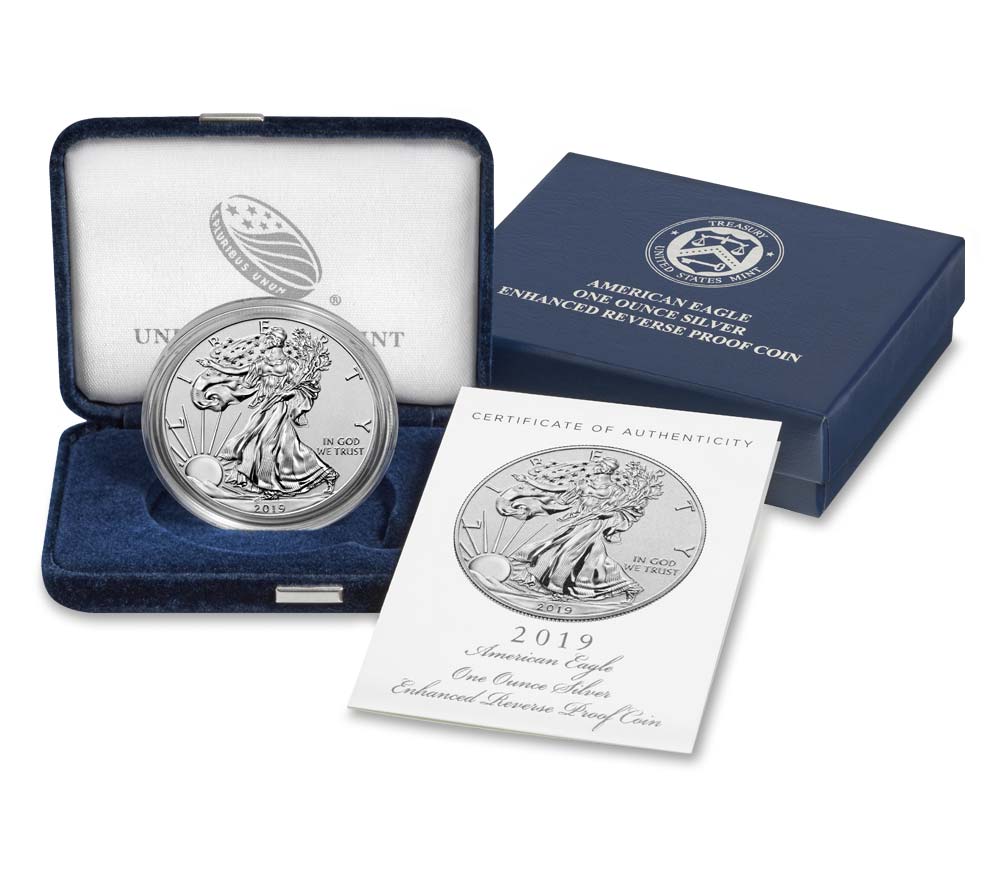 EJ: Now the Mint just issued the controversial 2019-S Enhanced Reverse Proof Silver Eagle to the cries of many and the momentary profit of others. But there is no way to distribute them in a seamless manner to everyone that wants one and still be rare enough to be noteworthy. This series needs a few harsh relative rarity keys to go on to greatness, and it now has them. They are the 1995-W Proof, the 2019-S Reverse Proof, and the 2008-W Mint State with reverse of 2007, and to a much lesser degree, the Mint State 2011-S.

We don’t know what will come out next year for the send-off of the Type I Silver Eagle, but frankly, it does not matter as long as the design change takes place at the end of 2020. If the Mint Produces an even lower mintage special offering next year (which I highly doubt), then buy it even if it comes from the hand of someone with better luck than you. If not, we have workable keys for the largest silver dollar population the world has ever seen, and the keys will be set in stone.

LG: How do you see the value trajectory of both Silver Eagle key coins going forward?

The Type I Silver Eagle, unlike some of the older series, can be completed by mere mortals and probably has a bright future. If you like moderns, start picking up the better date Silver Eagles with sub-150,000 mintages while they are still looking for permanent homes because that’s nothing in a sea of over half a billion coins. 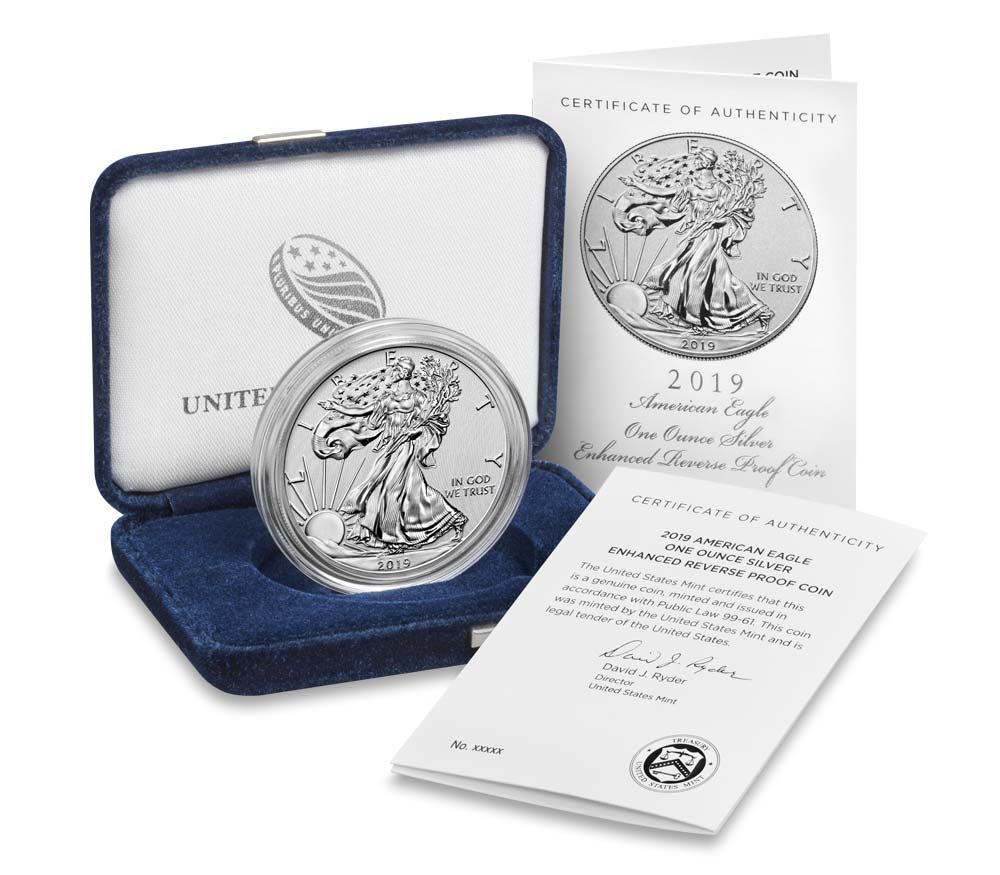 LG: Finally, what is your advice for collectors who are worried about so-called “milk spots” forming in their eagles, especially coins like the 2019-S ERP that cost them big bucks?

EJ: Silver Eagles tend to pick up “milk spots” on their surfaces that don’t come off and can ruin the look of a nice coin if it’s stored in the wrong holder. You don’t want a serious collectible coin you had to pay real money for develop problems that negatively impact its grade in the out years. It is my personal experience over the last 20 years that Silver Eagles stored in original government capsules in a cool, dry place have an extremely low incidence of milk spotting problems. I have also noted a low incidence of milk spots on NGC-slabbed Silver Eagles, but there is no substitute for doing one’s own research when it comes to coinage or conservation.