The United States Mint began sales of 2011 Kennedy Half Dollar numismatic bags and rolls on February 15, 2011. Since the half dollar is not issued for circulation, US Mint products are the only source for acquiring newly issued coins for the series. 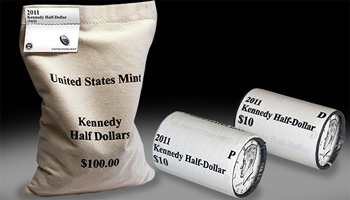 To coincide with the start of sales for this years offering, the US Mint stopped selling the 2010 Kennedy Half Dollar Two Roll Set. The 200-coin bags had previously sold out.