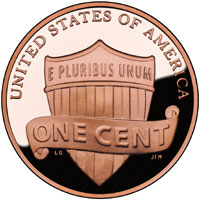 The following events related to coins and coin collecting will take place during July 2010. Highlights of the month include the Summer FUN Convention and the release of two of the US Mint’s most popular products.

The FUN Convention will be held from July 8-10 in Orlando, Florida. Both PCGS and NGC will be available at the convention for on-site grading. Other shows during the month include the RCNA convention from July 14-17 and PCGS Members Only Coin Show from July 21-24.

The United States Mint will release the 2010 Uncirculated Mint Set on July 15. This set includes a total of 28 uncirculated coins from the Philadelphia and Denver Mint. The 2010 Proof Set will be released on week later on July 22. This set includes 14 proof coins struck at the San Francisco Mint.

The circulation release date for the third coin in the America the Beautiful Quarters series will take place on July 26. The coin depicts Yosemite National Park in California. A launch ceremony followed by a coin exchange is planned for July 29 at the park.