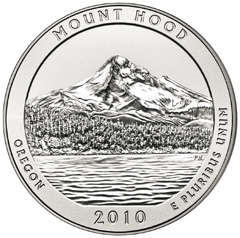 There are fewer U.S. coin collecting events and product releases in July 2011, as the summer months begin. The main highlights for the month at the Summer FUN show held later this week and the next five ounce silver coin released by the United States Mint near the end of the month.

The 5th annual summer convention for the Florida United Numismatists (FUN) will be held in Orlando, Florida from July 7-9. The convention is open to the public from 10:00 AM to 6:30 PM (Thursday and Friday) and 10:00 AM to 5:30 PM (Saturday) with free admission. Heritage will conduct a US Coin Auction and several educational seminars are scheduled.

Later in the month from July 20-23, PCGS will hold a members only show at the Venetian. Onsite grading will be available.

After a few busy months, the United States Mint will release only three numismatic products during the month. This will include the next Presidential $1 Coin and First Spouse Medal Set and the next America the Beautiful Three Coin Set. The one major product will be the fifth numismatic version of the America the Beautiful Five Ounce Silver Coins featuring Mount Hood National Park.